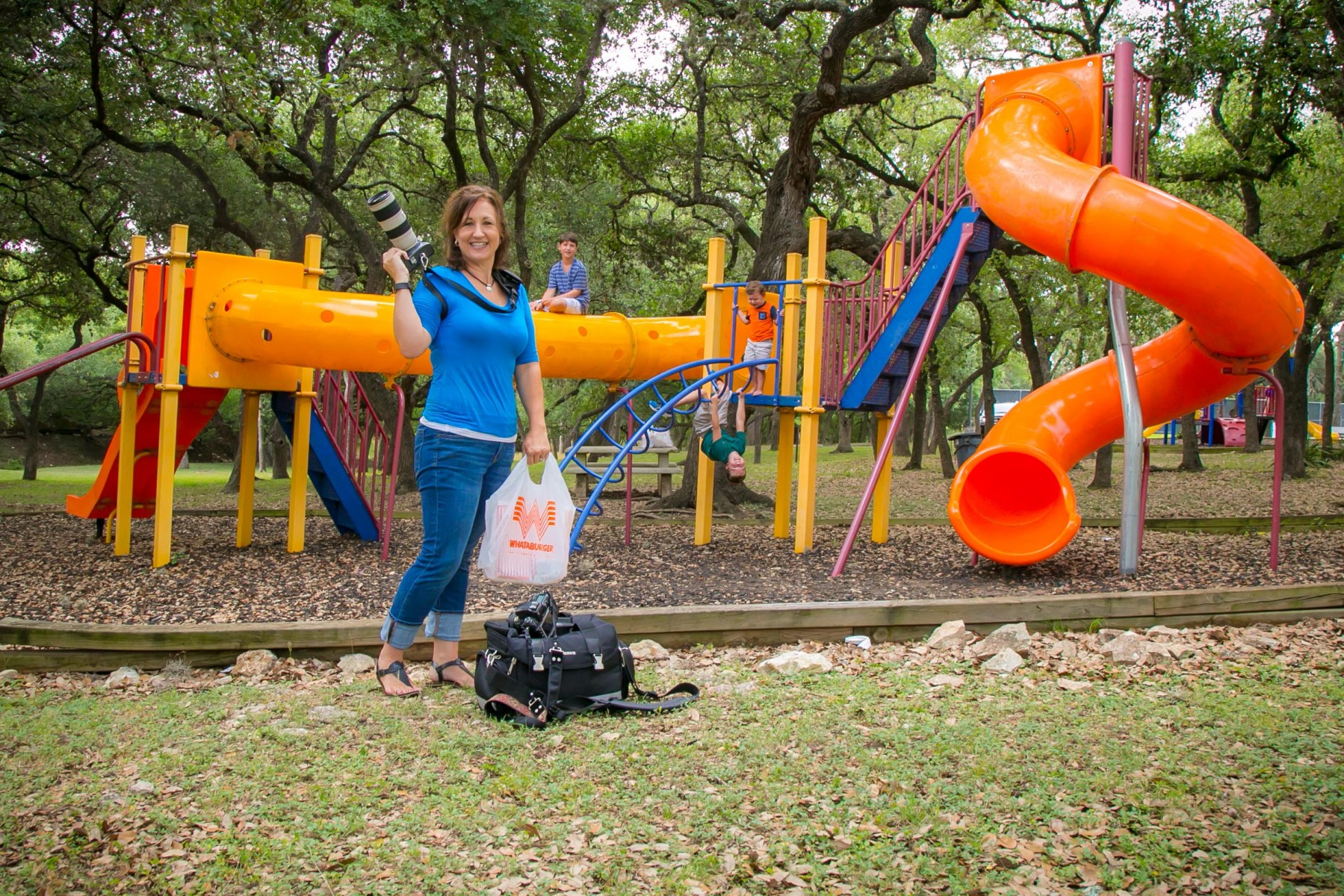 Life through the Mom Lens

Life Through the Mom Lens

Kids, career and life keep photographer mom on the go

Elizabeth Sugrue spends a lot of time in her car.

As the mom of three boys, she drives her oldest – Camden, 10 – to basketball, flag-football and soccer. She makes sure Wyatt, 6, is on time for his own soccer, baseball and basketball events. In between, she juggles the youngest, 2-year-old Hudson, who participates in a soccer program designed for the toddler set.

And that’s not including swim team. Or school.

Did we mention she also owns her own photography business?

“Some days, we practically live in the car,” she says.

Fortunately, she notes wryly, Whataburger has a drive-thru. 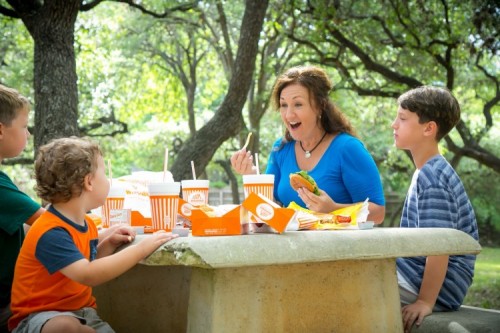 Elizabeth has been a longtime Whataburger fan; the #1 Whataburger meal, dry, with cheese and pickles historically has been her favorite. “It always tasted fresh,” she says. “You could never go wrong. The fries were perfectly salted, there was the ketchup in a little bucket that fit perfectly in the coin holder of my car.”

But after her first son was born in 2007, Elizabeth joined Weight Watchers to drop the baby weight. And the Grilled Chicken Sandwich, plain and dry, was within her point range for a meal.

“I didn’t want to give up my Whataburger habit! So I just switched to the Grilled Chicken Sandwich,” she says. “It had a wheat bun, and I’d order it dry with the vegetables. It filled me up, it was good and it worked. I was losing weight every week, even adding that to my routine.”

Now, with three boys in tow, she still turns to that Grilled Chicken Sandwich. “I go back and forth between the #1, the Grilled Chicken and the #7 Whataburger Jr.,” she says. And the boys are following right along.

Camden gets the Honey Barbecue Chicken Strip Sandwich. Wyatt gets the kids’ Justaburger. And little Hudson chomps on a single chicken strip. “We share fries and an order of apple slices,” Elizabeth says.

“I have this down,” she says. “We’re there all the time. It’s just a convenience thing, since we’re going somewhere almost every night.” 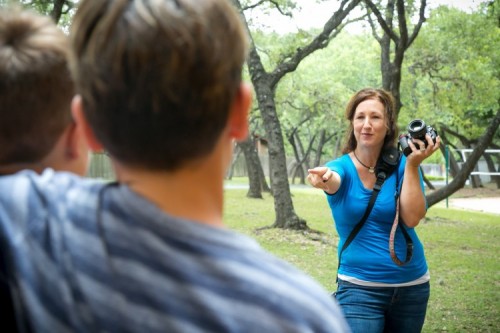 In between the sports practice runs and volunteering at the boys’ schools, Elizabeth finds time for her own passion.

As the owner of Snap Happy Portraits, she meets families for portrait shoots and also captures pre-school portraits at local schools. She’s been in business since 2010, capturing hundreds of smiles from tiny babies, excited school kids, expectant moms and proud families.

Most of her work is with families, which means evenings and weekend shoots while her husband, Kevin, watches the boys. It’s rewarding work – and allows her to keep her schedule balanced. “Some days are crazier than others,” she says. “But I love what I do. And it lets us keep a balance. With three kids, we take it day by day – and just try to balance.”

Kids and careers keep moms on the go. Fortunately, there are many @Whataburger drive-thrus along the way.

How to Work Whataburger Into Your Fitness Routine