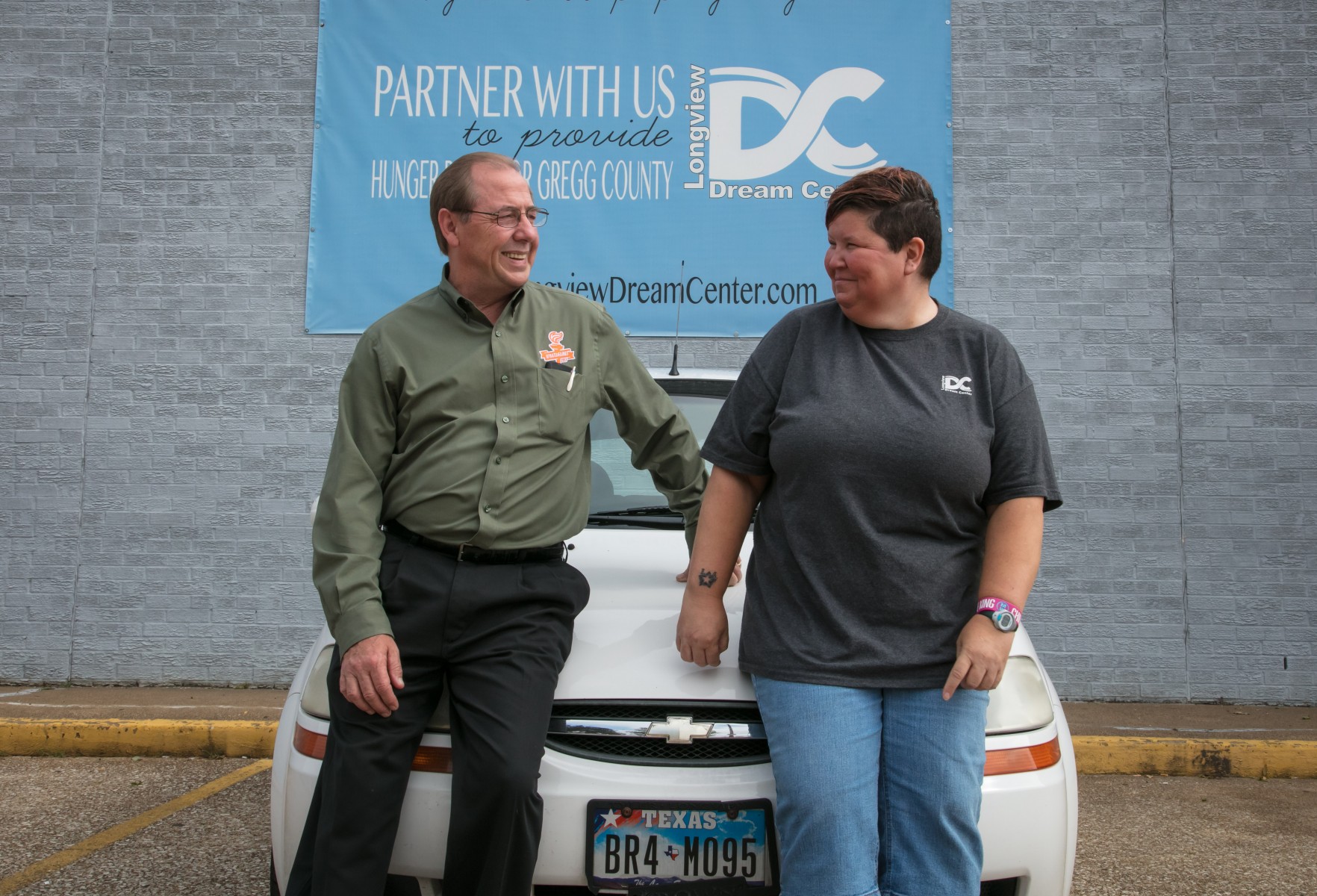 For 10 years, Sondra Gibson didn’t have a vehicle.

To get around town, she caught the bus. Or asked someone for a ride. Or just walked.

That changed last December when she got the keys to her very own Chevy Aveo.

It was, she says, a Christmas miracle.

Looking to give back

It all started with Doug Edwards, a longtime Whataburger Family Member, who created a relationship between Whataburger and the Longview Dream Center. Based in Longview, Texas, the Dream Center provides food, clothing, computer classes and job training to those in need.

“They just find people that truly need help, and they help them,” says Edwards, who oversees operations of the city’s Whataburger restaurants through the Whataburger of East Texas franchise. “That’s what we like to do, too, so it made sense to work with them.”

During a Whataburger-sponsored holiday event, Edwards experienced firsthand the gratitude of the Longview clients. That inspired him to make a considerable personal donation: a car.

Give it to someone who can use it, he told the executives of the center.

Gibson came to the Longview Dream Center as a client. “I used to be a drug addict,” she says. “I’ve been homeless before. Now, I’ve been sober for four years.” 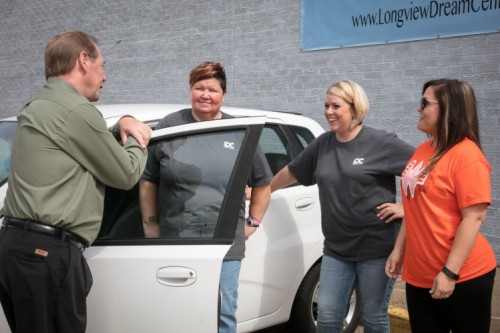 She credits the change, in large part, to the Dream Center. “When I came in, they treated me like I was OK,” she says. “There was no judgment. They were kind.”

Gibson began fighting her addiction and gaining control of her life. Then, she began volunteering. She came early. She stayed late. The center, and the people it served, became the focus of her life.

Now, she’s the director of the center’s clothing program, managing more than 10,000 articles of clothing, shoes, and accessories given away each month. “She has the love for it,” says Shonna Barlow, the center’s executive director.

“I have a purpose every morning when I get up,” Gibson says. “What I’m doing matters.”

Last December, Edwards turned the keys of the white Chevy over to the Dream Center, and Gibson became the proud owner of a vehicle for the first time in a decade.

“I started shaking,” she says. “That they would pick me above everybody else to bless!” 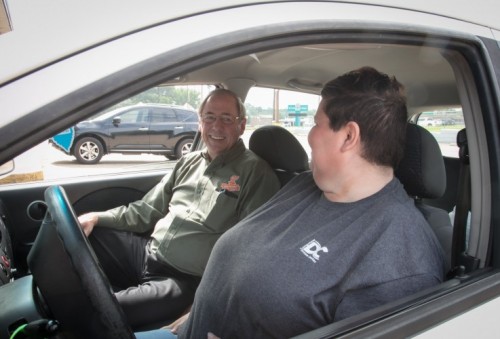 Having a car means Gibson can visit her grandson and mom, both of whom live out of town. She can run to the

to pick up groceries without items melting on the bus ride home. She can make doctor’s appointments, attend church and help other volunteers or clients who might need a lift.

And each day, before she turns the key, she says she still recites a little prayer. “I just think how blessed I am,” she says.

This random act of kindness by a @Whataburger employee opened up a whole new world for a caring volunteer.

VIDEO: What's It Really Like to Work With Your Sister?