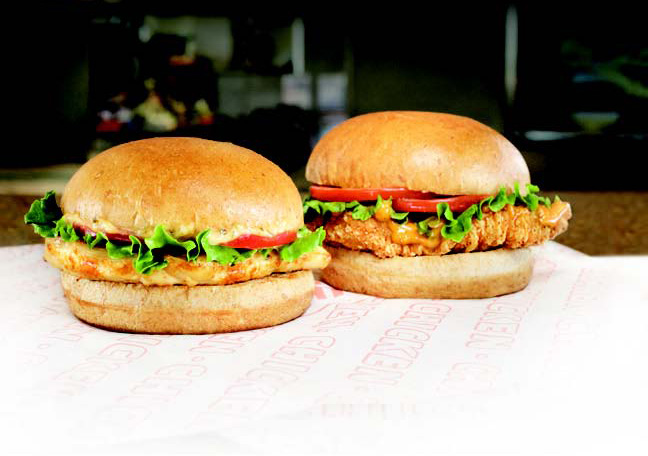 Whataburger knows you shouldn’t mess with a good thing. However, when a company has fans who show so much love they get Whataburger tattooed on their skin, they know it’s also important to listen when customers have something to say about menu items.

For instance, take Whataburger’s new chicken. Some fans mentioned they liked the existing menu items but had some suggestions for a different bun and a bigger, more flavorfully seasoned cut of chicken.

First up, the new Whatachick’n. Whataburger made the breading lighter and crispier, and it’s got an artisan glazed wheat bun – that is, if you want to call it something fancy. Some just call it delicious. It has leaf lettuce and a new sauce too. The Savory WhataSauce is a creamy sauce with a hint of seasoning and a surprising kick.

The Grilled Chicken Sandwich also got an upgrade. It too has a bigger cut of chicken, leaf lettuce and a new marinade, Zesty WhataSauce, which is a peppery, tangy blend.

Finally, Whataburger upped the ante on the Apple and Cranberry Salad and Chicken Fajita Tacos as well. They both feature the new chicken. Customers have the choice to go with the new crispy Whatachick’n or Grilled Chicken on their salads.

As part of the new chicken rollout, Whataburger employed some focus group testing to make sure they were delivering exactly what fans were asking for.

“This just feels like Whataburger,” said one of the anonymous focus group participants. “It’s bigger and more solid than other chicken sandwiches. It’s giving off the Whataburger vibe.”

While we’re excited about the improvements in our chicken, we’re just as excited to announce that many other menu items are staying exactly the same. For example, we’re not changing a thing about our wildly popular Whatachick’n strips; we’ll continue to offer them, just the way you like them. That goes for our mouthwatering burgers, legendary fries and onion rings, creamy shakes and all the rest of the menu you love. But you can bet on this: our commitment to delivering you the best possible meals at the best possible prices will never fade. Our Whataburger Family will keep serving up all your favorites – and when we can, we’ll make them even better!