48 boys and girls teams to compete for championship titles and $1,000 scholarships

FORT WORTH, Texas – Dec. 4, 2018 – The Whataburger Basketball Tournament, hailed by USA Today and Sports Illustrated as one of the nation’s top holiday tournaments, returns to the Dallas-Fort Worth Metroplex for its 61st year. The tournament kicks off Thursday, Dec. 27 through Saturday, Dec. 29.

With humble beginnings dating back to 1958, the Whataburger Basketball tournament has grown from just eight teams to a 48-team basketball showdown featuring talent from across the state and beyond, including out-of-state competitors from Little Rock Parkview.

In its storied history, the Whataburger Basketball Tournament has provided a national spotlight for players that went on to professional careers as players and coaches with the NBA. Tournament veterans include Sam Cassel, assistant coach for the Los Angeles Clippers. In addition to going home champions, the winning team in each division will also earn a $1,000 scholarship from Whataburger.

“We’re proud to bring families and fans together to witness the rising stars in the Whataburger Basketball Tournament,” said Whataburger Director of Operations Scott Phillips. “We know how much hard work and dedication the athletes put into this game, and Whataburger couldn’t be happier to see them succeed.”

“This year’s tournament is jam-packed with incredible talent from Texas and beyond,” said Tournament Director Tom Rogers. “The Whataburger Basketball Tournament continues to set the stage for players to showcase their skills. We’re excited to see a little friendly competition and end the year with some great basketball.”

For additional information including brackets, rankings and specific player statistics, visit Whataburger-BBT.org. During the tournament, updated scores and game schedules will be posted in real time on Facebook. Here are the participating teams: 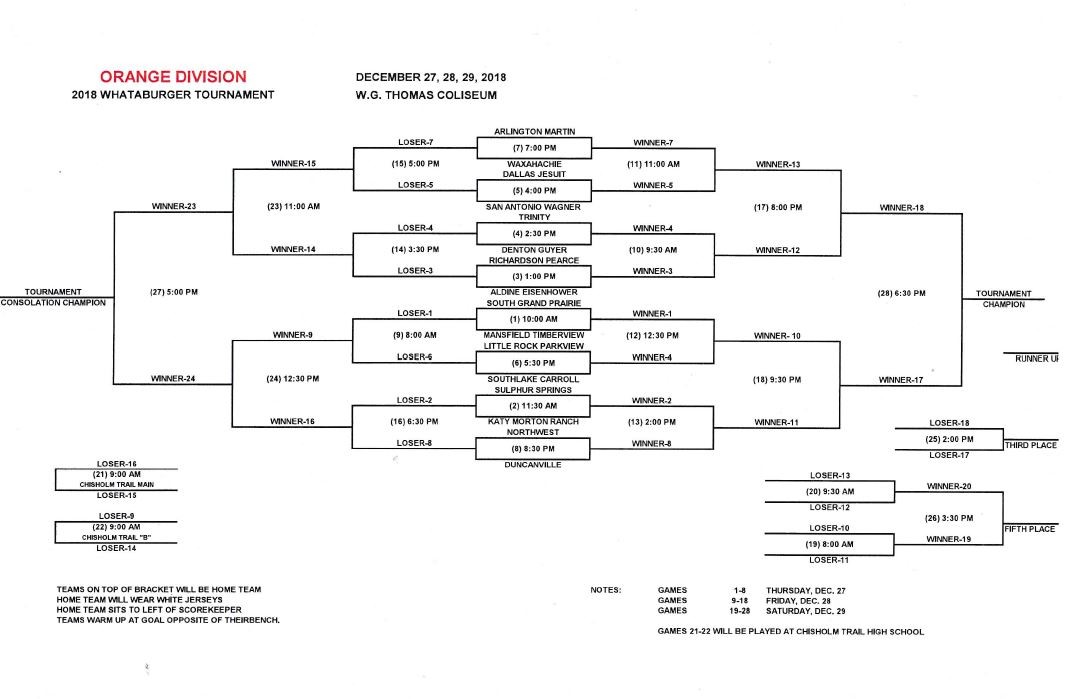 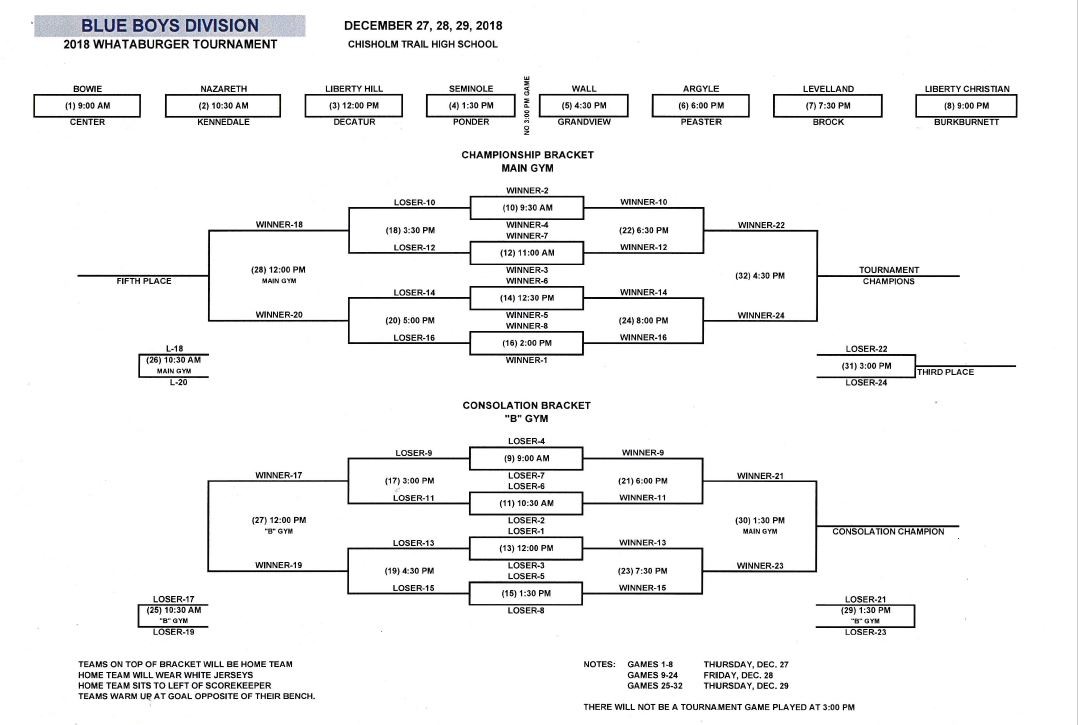 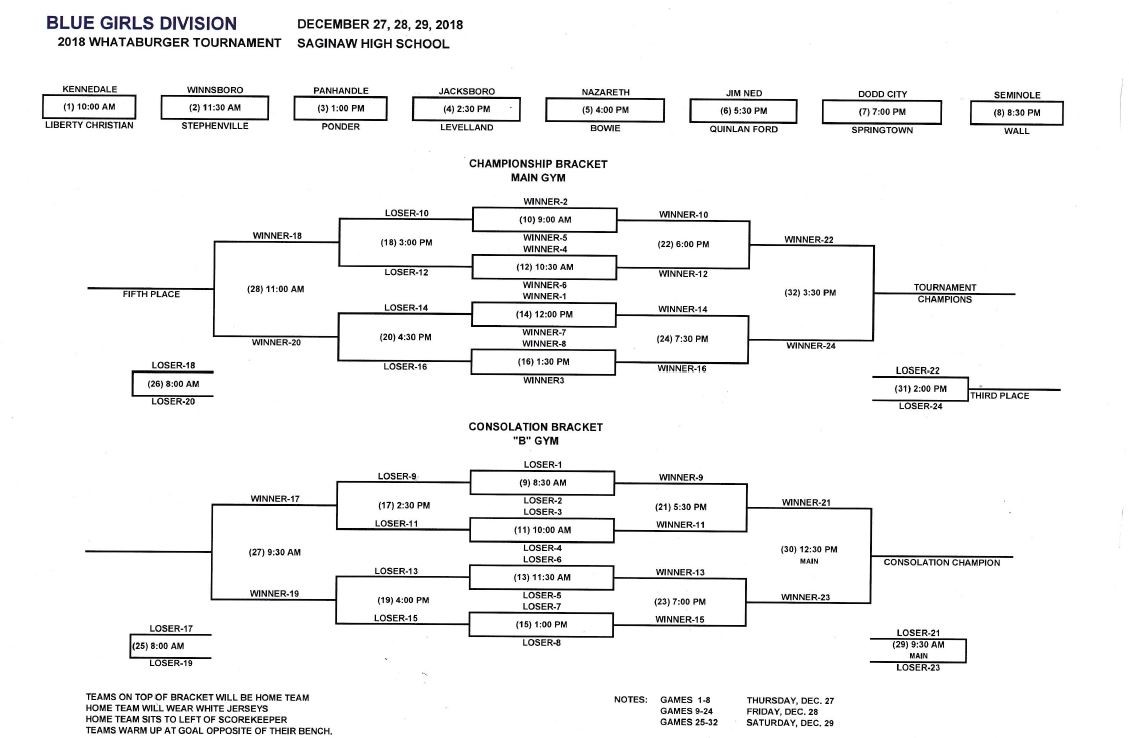