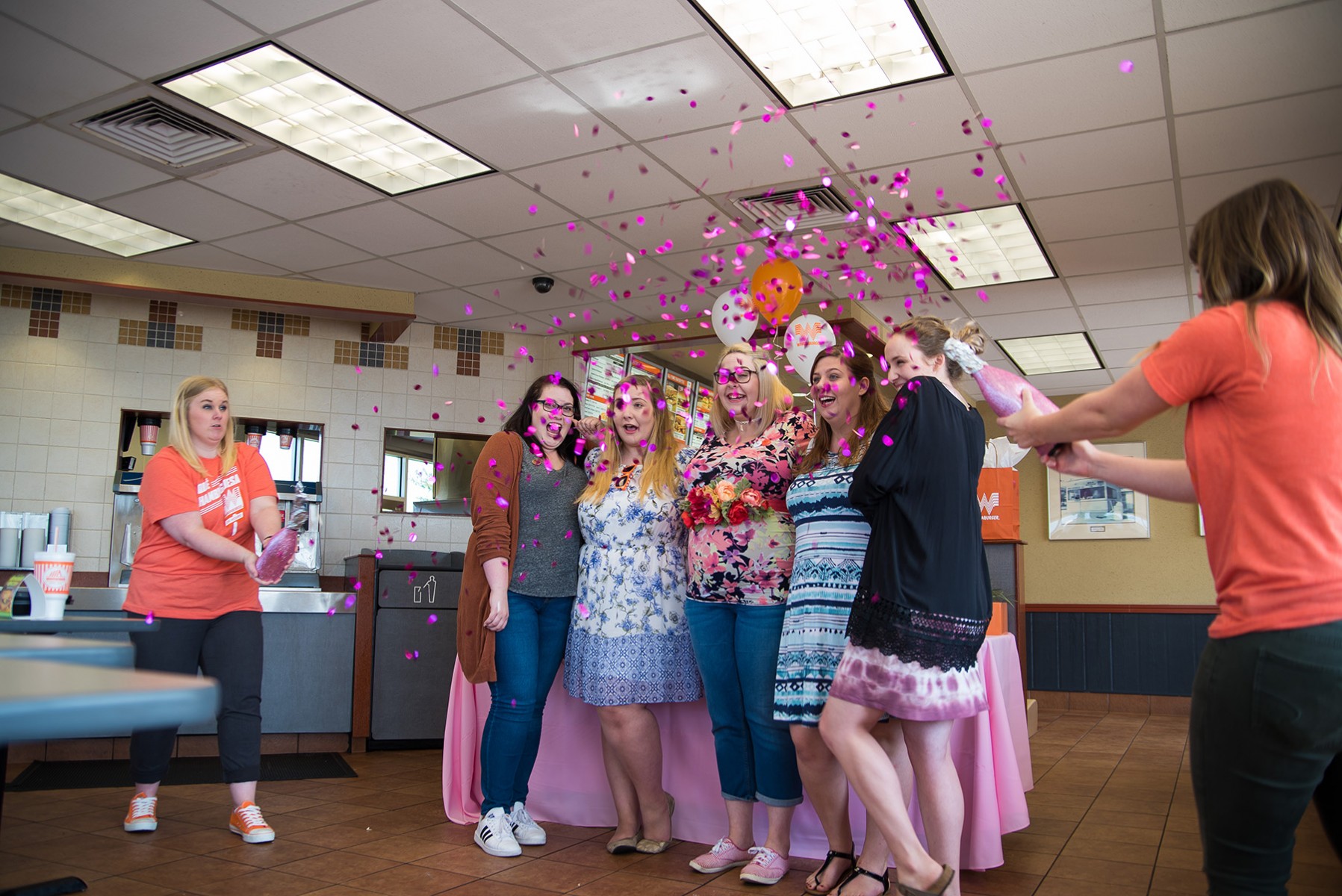 WhataBaby Shower
Whataburger sent an SUV to Tennessee to pick up expectant mom Hailey Daugherty and her girlfriends for a roadtrip to their closest Whataburger – three hours away.

Hailey Daugherty had a problem.

She was seven months pregnant. Craving Whataburger. And living in a state without any Whataburger locations.

So she reached out on social media.

“Look, here is the thing,” Daugherty wrote. “I am almost seven months pregnant. I live in Tennessee, and y’all’s food is the only thing I’ve been craving for the past six months. So I have thought of several solutions.”

Whataburger came up with another option: a road trip.

Early one summer morning, an SUV picked up Daugherty and a group of her girlfriends at her home just north of Nashville, Tennessee. The girls piled in for a chauffeured drive to the closest Whataburger – almost four hours away.

And that’s when things got really fun.