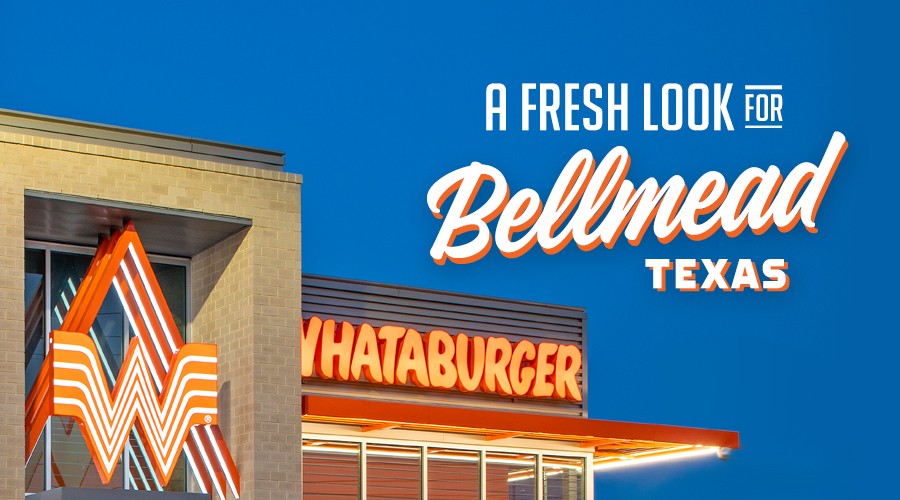 Back in July, Whataburger fan Ethan Horton was missing his hometown favorite.

“I would like to dedicate this next song to the @Whatabuger that used to live in Bellmead, Texas #BabyComeBack,” he posted on Twitter. 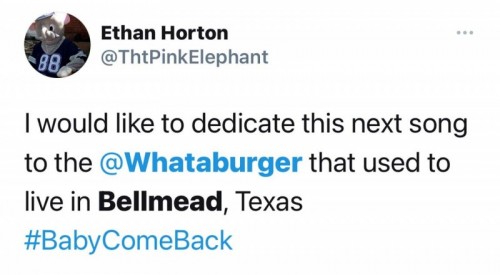 Yes, there was another Whataburger in Waco only about 4 miles away, but with I-35 in the area perpetually under construction, it could be a long drive.

Expectant mom Courtney Ott was feeling Ethan’s pain. “I'm waiting 30 minutes into our drive to get a Pico de Gallo burger from Whataburger because the one in Bellmead is gone,” she posted. “This is commitment and love.” 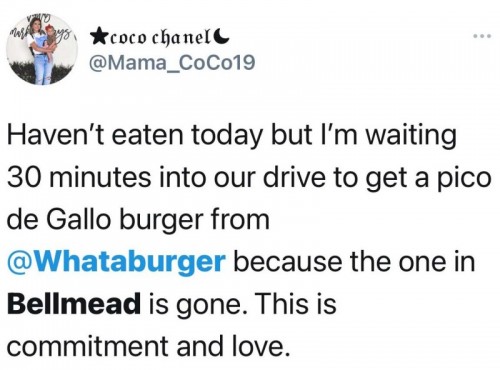 But what Courtney, Ethan, and the rest of the burger fans in Bellmead didn’t know was that their Hometown Whataburger’s temporary absence meant it was undergoing a makeover of epic proportions.

The original restaurant was razed to the ground, and cleared out to make way for a first-of-its kind, new large-unit prototype that is geared to make everything fans love about Whataburger even better.

“There’s a lot of things that people hold sacred, if you will, about our brand,” said James Turcotte, senior vice president of real estate for Whataburger. “That’s the iconic A-frame, the visuals, our branding, the linkage to our past. We really tried to blend those concepts in the prototype.”

The nod to the A-frame design is front and center, with glowing signs above each customer entrance that celebrate Whataburger’s instantly-recognizable architecture. They lead into a dining room that is bright and welcoming -- with more glass than any other restaurant in the system.

When customers step up to order, menu boards feature rotating videos of Whataburger favorites in mouth-watering details. For those eating in, the mix of booths, chairs and stools are designed for customer choice. Whether it's a student studying solo, a family sitting down for dinner after church, or a team celebrating a win on the field, there are seating arrangements for everyone.

Between bites, diners can scan the custom-designed wall art that honors their hometown landmarks. Look closely at the wallpaper, and you’ll find the city’s water tower, the MKT railroad yard that Bellmead grew up around, and an “LV” in honor of Bellmead’s La Vega High School.

“We want this to be a place that feels like part of the community. We know that people in Bellmead are ready to have their restaurant back, and it’s exciting to be able to welcome them home.”

“We want this to be a place that feels like part of the community,” said General Manager Shaun Barnett, who started at Whataburger as a team member seven years ago. “We know that people in Bellmead are ready to have their restaurant back, and it’s exciting to be able to welcome them home.”

Barnett and many other Whataburger employees from the original restaurant have been working at other locations during the rennovation. When the doors open in Bellmead, they'll be working in a kitchen designed to get delicious Whataburger food out faster and fresher than ever. The restaurant is the first Whataburger to have two sets of fryers and a longer cook-and-prep line that allow Family Members to serve up burgers from the two grills pronto.

In the glow of a Central Texas sunset just days before the restaurant opens in November 2020, Ethan Horton and his wife Randi are all smiles as they peek through the windows at the new unit. Work is about to move the couple to Lubbock, but they say it’s good to know that when they come home to Bellmead, their hometown Whataburger will be waiting, better than ever.

“I guess #BabyCameBack,” he says.