Behind the Scenes with Tom Rogers, Whataburger Basketball Tournament Director

While the Whataburger Basketball Tournament is a special weekend for fans, it’s no easy task to organize. For 36 years, Tom Rogers has made it happen.

Rogers first became involved with the tournament in 1974 when he joined the Lions Club and began volunteering at the then-16-year-old tournament. When the tournament needed someone to take it over seven years later, he volunteered to step up.

“Our goal that first year and each year after has been to go after one national high school to bring in teams to the tournament that don’t normally get to play each other.” 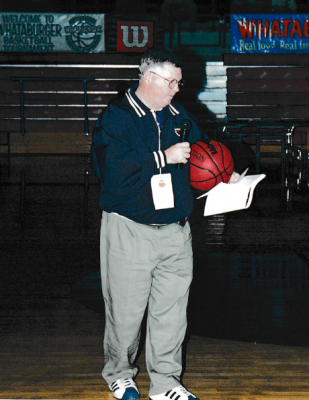 Though this raised the costs and prompted the need for corporate sponsorships, expanding the playing field was a game-changer and ushered in the next season of the tournament. Whataburger began sponsoring the tournament in 1985.

Thirty-six years brings with it a lot of memories. Rogers recalled the 1987 tournament, when Los Angeles Crenshaw was playing Fort Worth Dunbar in the heated finals match. Ten players signed Division I scholarships that year.

“It was standing-room only. The aisles were filled because there were 7,000 people packed into a 5,800-person arena,” he noted. “Someone told us the fire marshal was going to shut us down, but we just said, ‘If you want to talk to him, be our guest because he’s right there in the front row.’”

With the tournament taking place every year right after the holidays, and all of Rogers’ children involved with the tournament, one could only presume it’s had an effect on his family’s holiday traditions. However, he says it totally “goes as normal” – the family just stays in their hometown of Fort Worth for the holidays.

Each tournament takes well over a year to coordinate, and it’s a family affair for the Rogers clan. Daughter Robyn coordinates the activities at the W.G. Thomas Coliseum, son Rusty covers social media, and youngest son, Randy, who’s in the military, helps out wherever he can when he’s home for the holidays. In the early 80’s, Sarah Rogers (Tom’s wife) even headed up the hospitality room to make sure all the coaches and scouts were well fed - “she used to make finger sandwiches at home each night!” Now, she enjoys watching the tournament with grandson Aiden in tow, raising the next generation of the family with fond tournament memories. 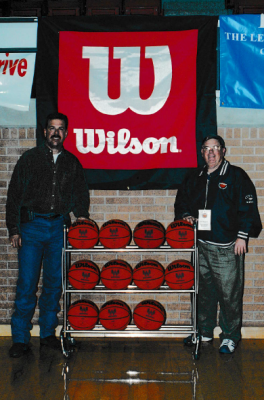 More than 30,000 spectators, including college scouts and coaches, are expected to take part in the action-packed three-day tournament Dec. 28 through 30, where 3,000 Whataburgers are served each year. For more information, check out the details here. Brackets, rankings and specific player statistics can also be found at Whataburger-BBT.org.

As for Rogers, you’ll be able to find him enjoying the tournament with his favorite Whataburger in hand – the No. 1 with cheese – “because nothing beats the original.”

Behind the Scenes with Tom Rogers, Whataburger Basketball Tournament Director