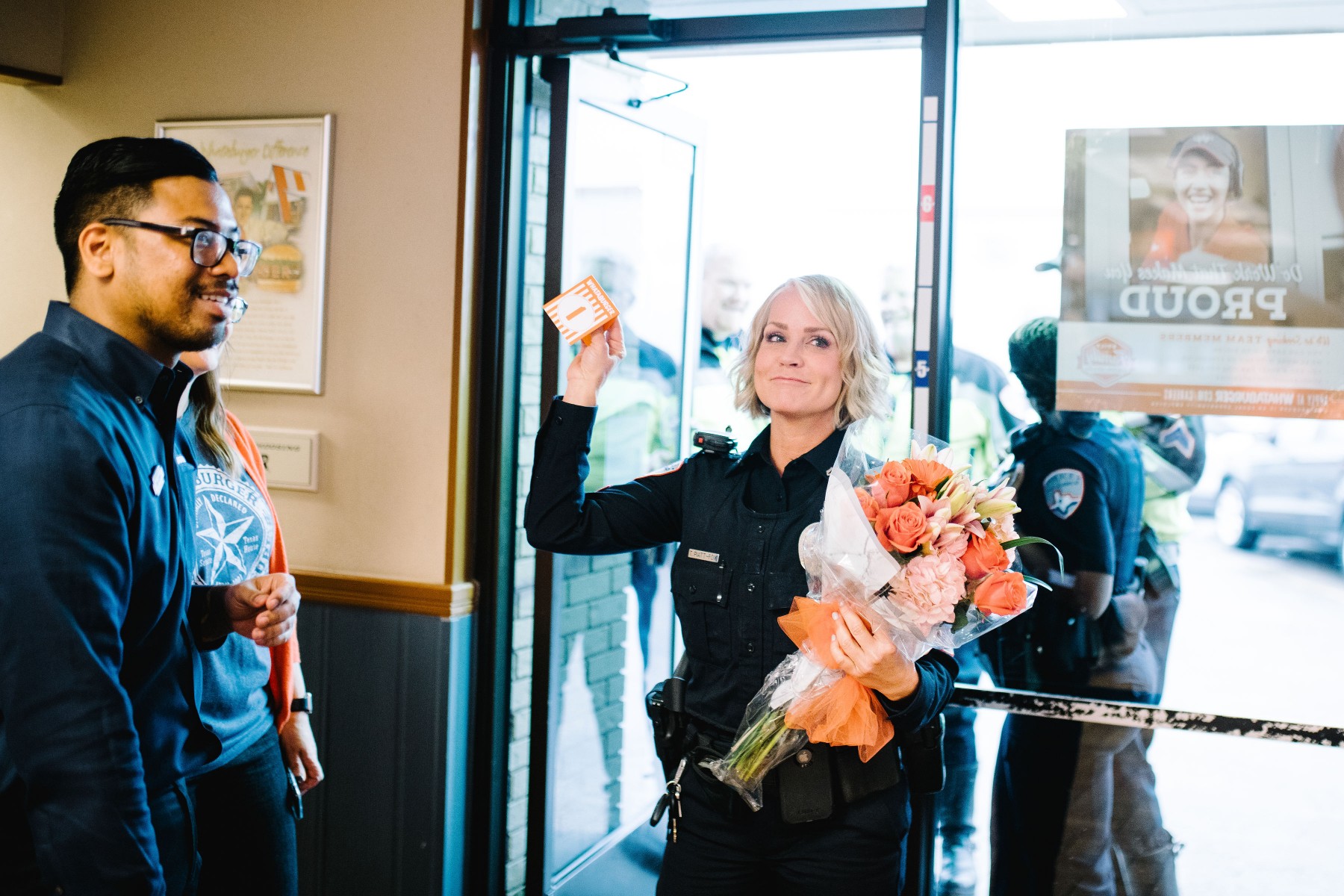 It all started when Tracy Piatt-Fox, a California native who is now a police officer in San Angelo, Texas, let it slip that she’d never had a Whataburger. 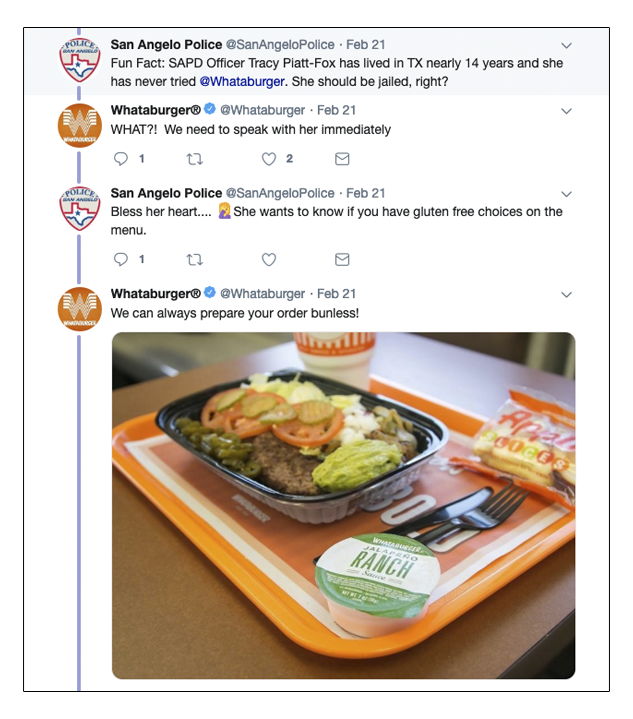 Next thing you know, Tracy’s colleagues and Whataburger hatched a plan – and Tracy found herself at Whataburger. 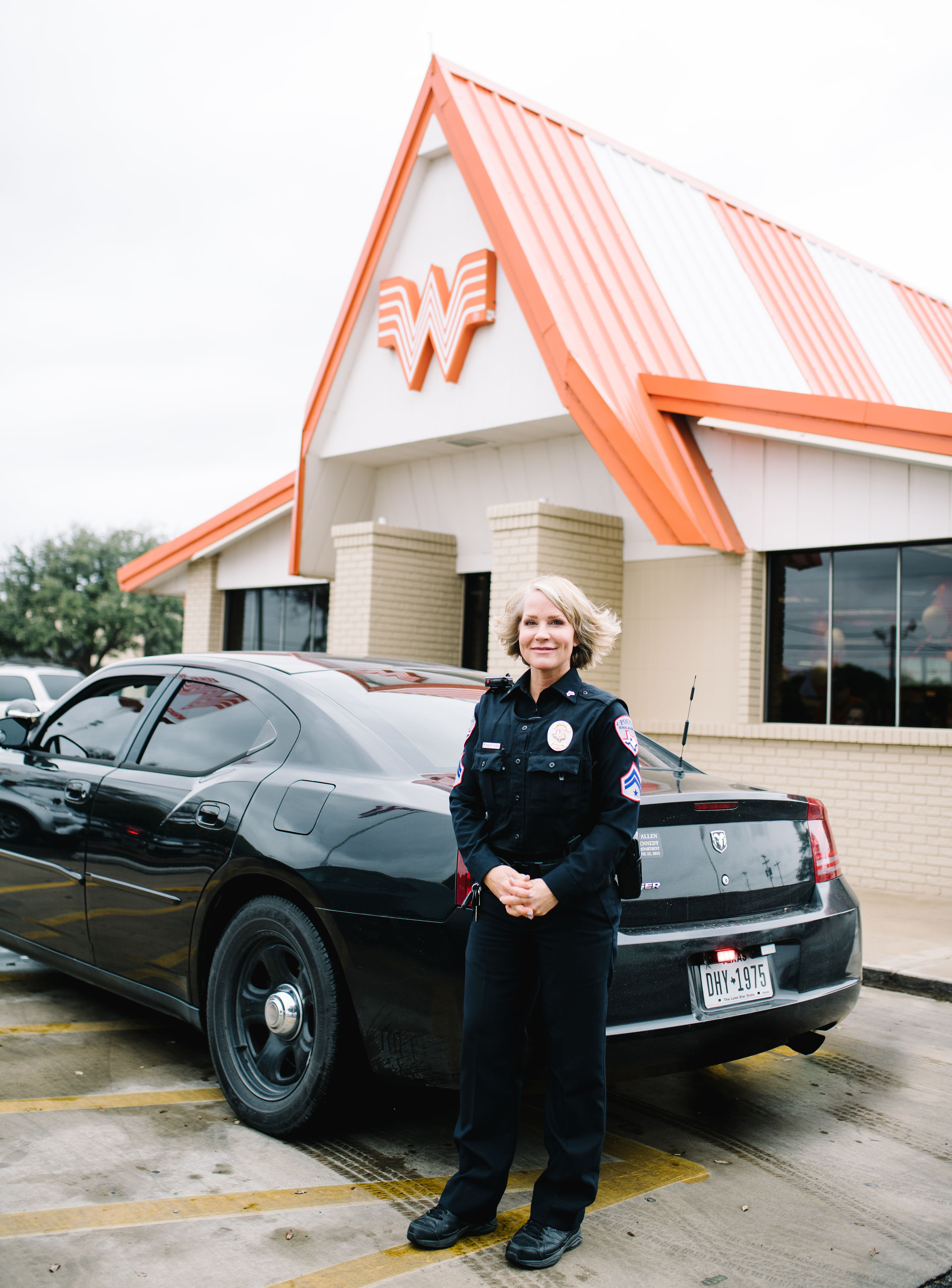 Whataburger surprised Tracy with orange flowers and Whataburger swag – and treated her and 10 of her coworkers to a VIP lunch. 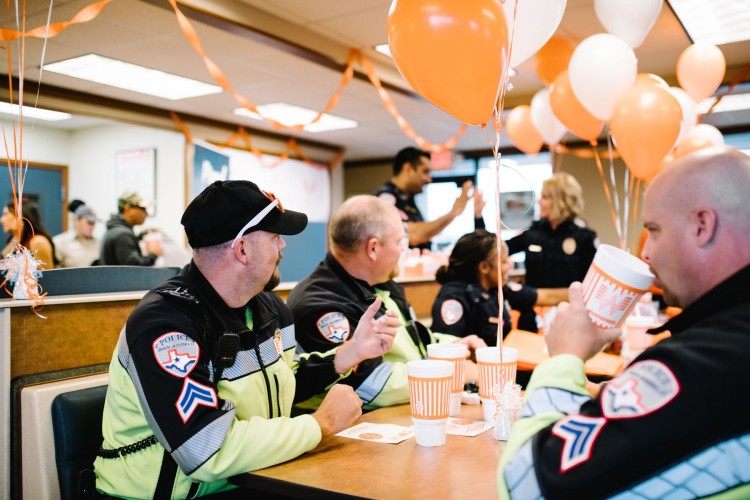 The big moment for Tracy, who eats gluten-free, came when it was time to place her first Whataburger order. 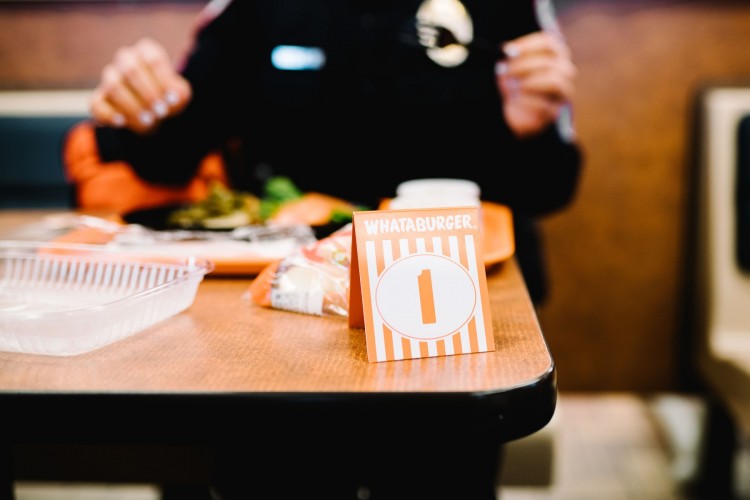 Her choice? Whataburger’s Grilled Chicken Breast with Monterey Jack cheese. On a platter, no bun. Add avocado, green chiles, and other veggies on the side. 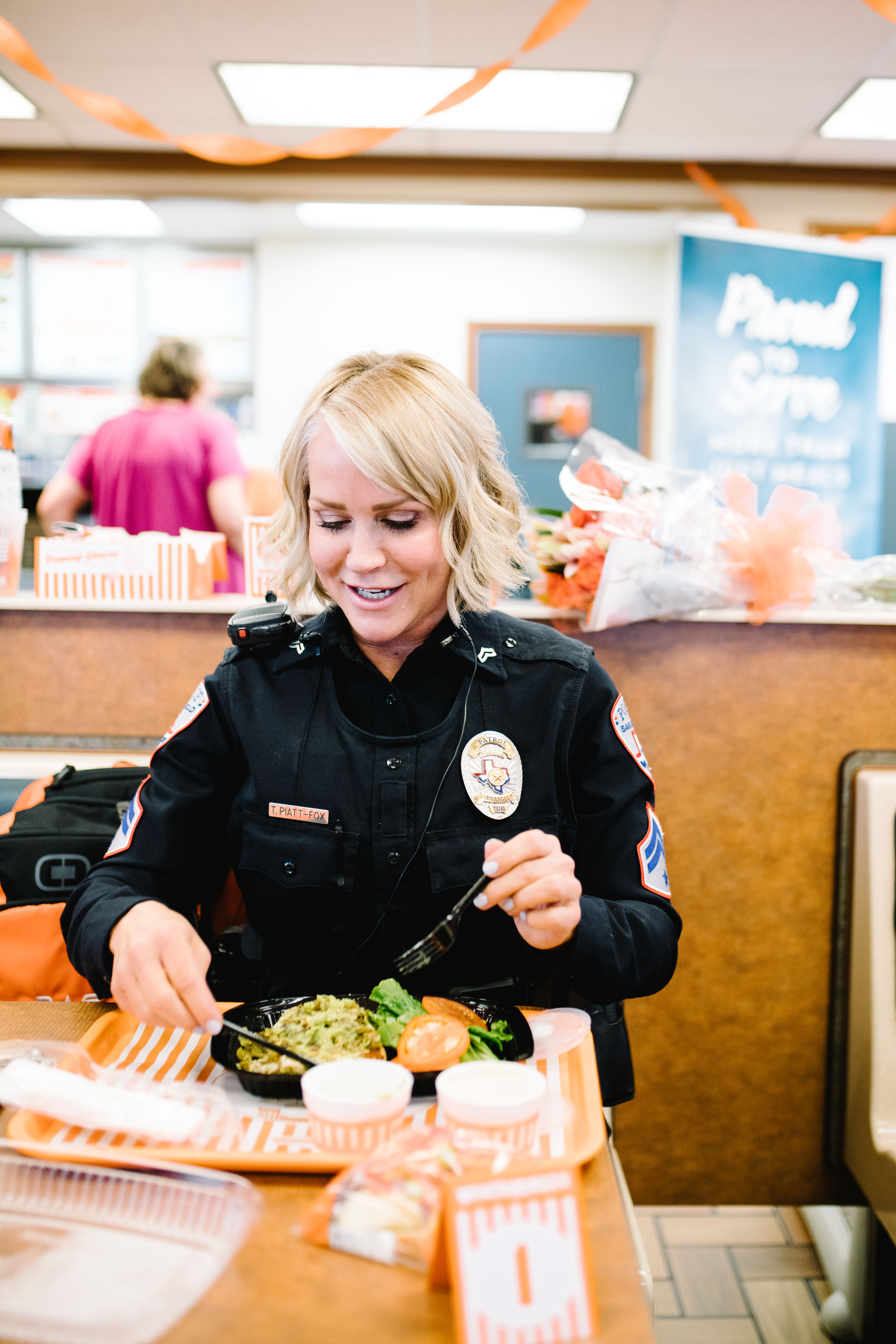 Her verdict? As the former Californian told the San Angelo Standard-Times, “I'm going to have to say, Whataburger is No. 1" 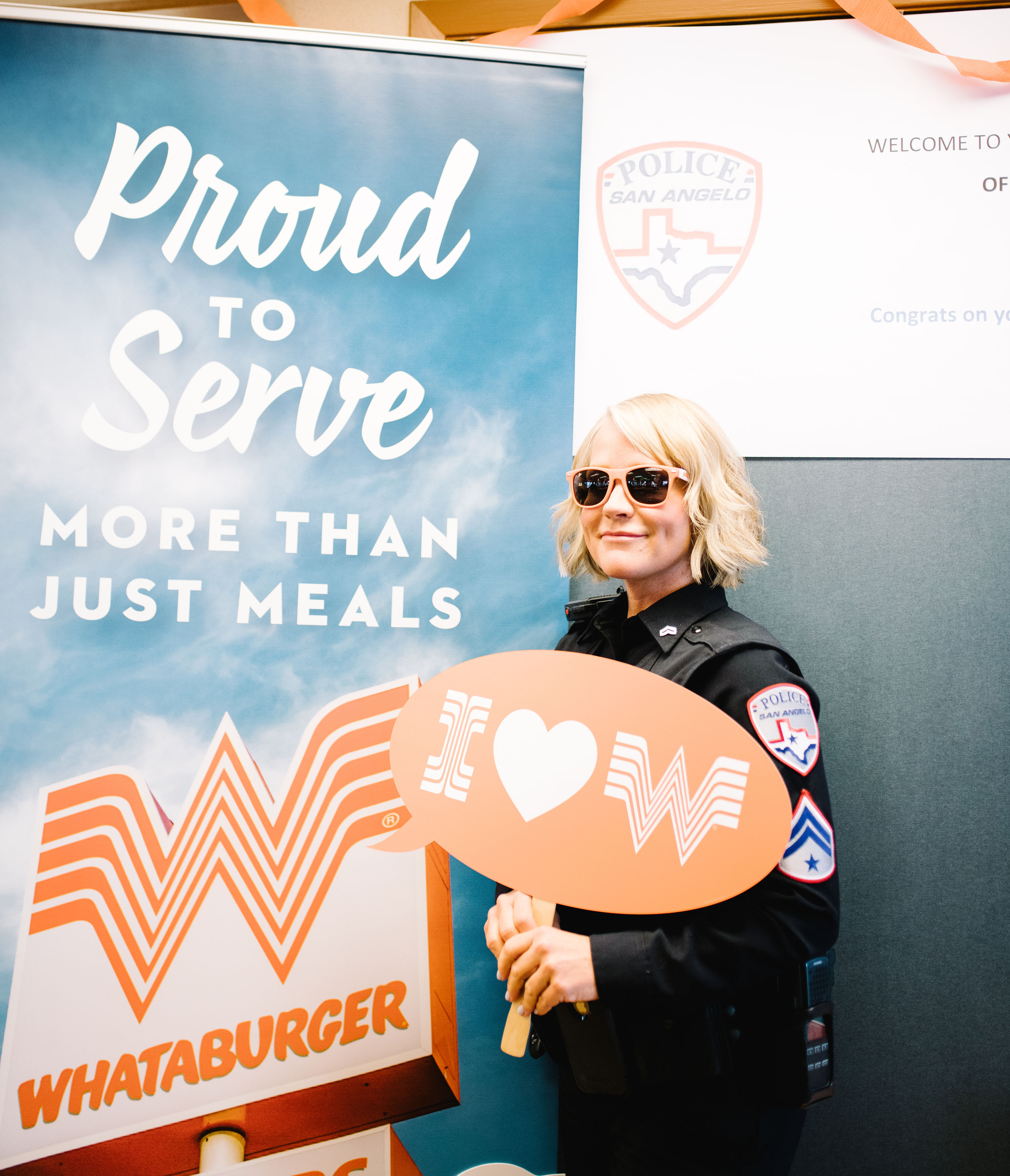