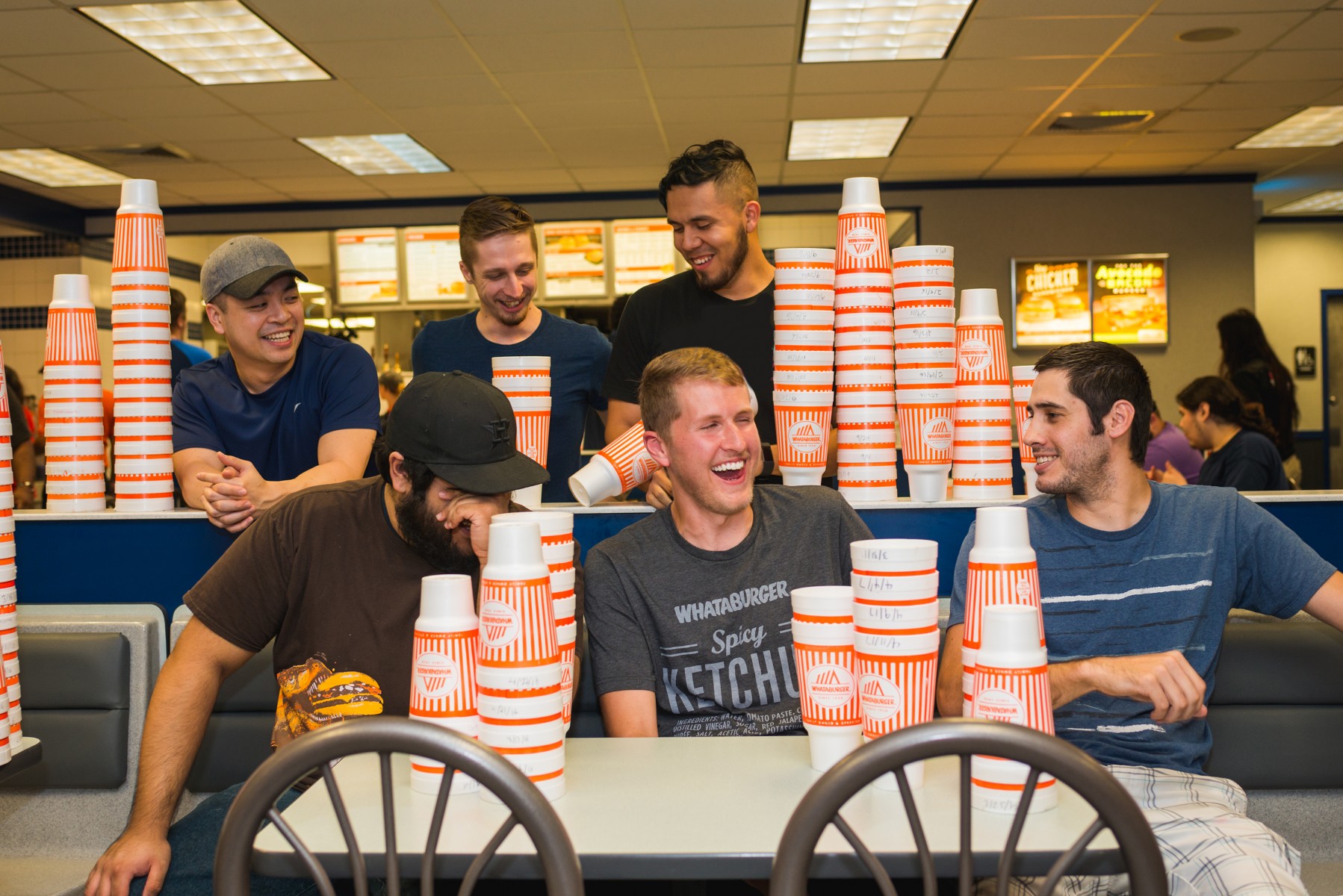 Houston resident Foster Mohning can remember every visit he’s had to Whataburger. And he has the cups to prove it.

What started as a casual ritual has turned into a serious commitment for this college student. “My best friend and I started going to Whataburger every Tuesday a couple of years ago,” Mohning says. It was their time to catch up despite the hectic pace of college life. 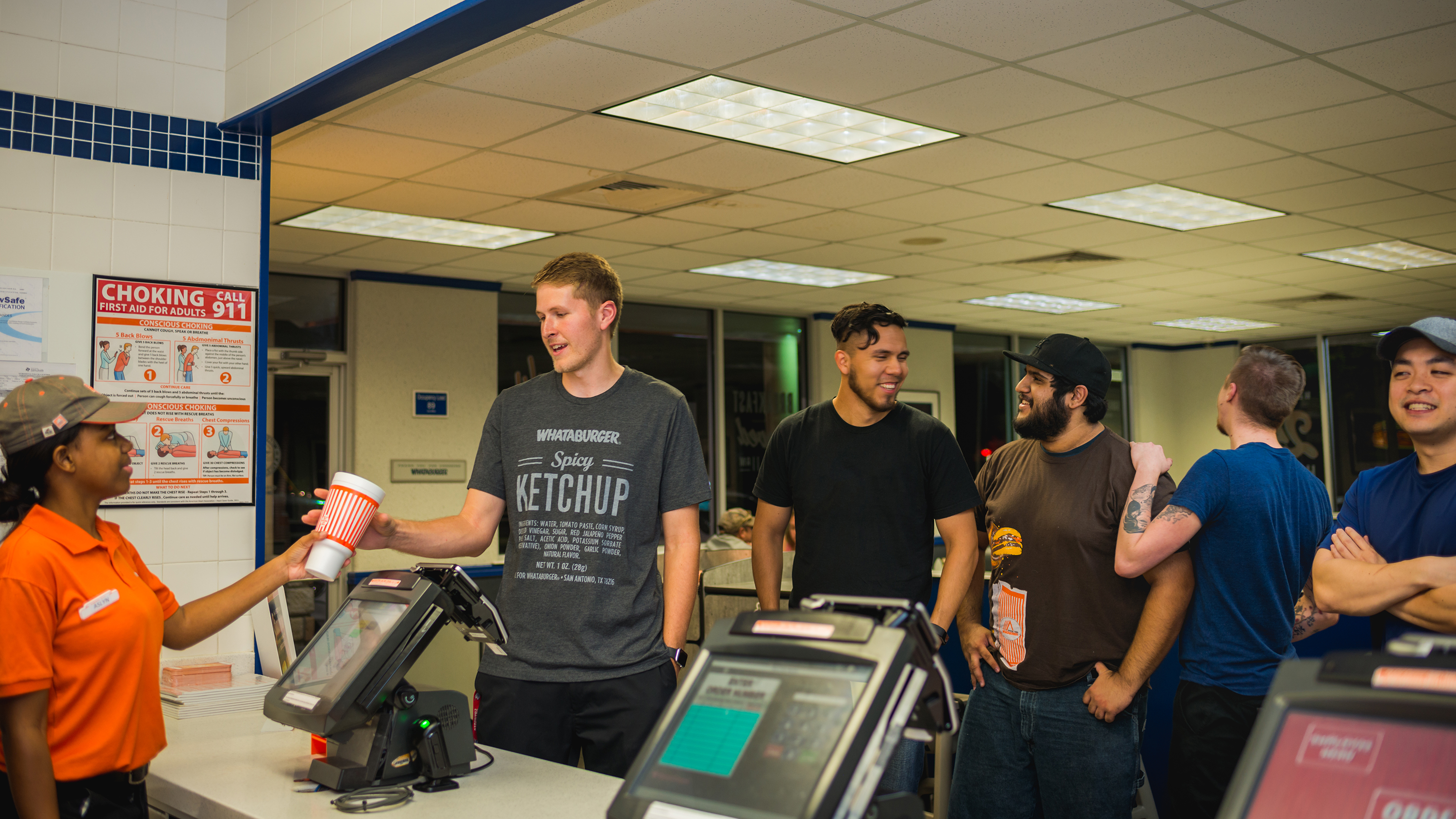 One day, he walked out of the restaurant with his cup full of iced tea – as people do – and realized how much his friendships were built around time spent at Whataburger.

So, he used a ballpoint pen to scribble the date on the lip of the cup, and took it home. 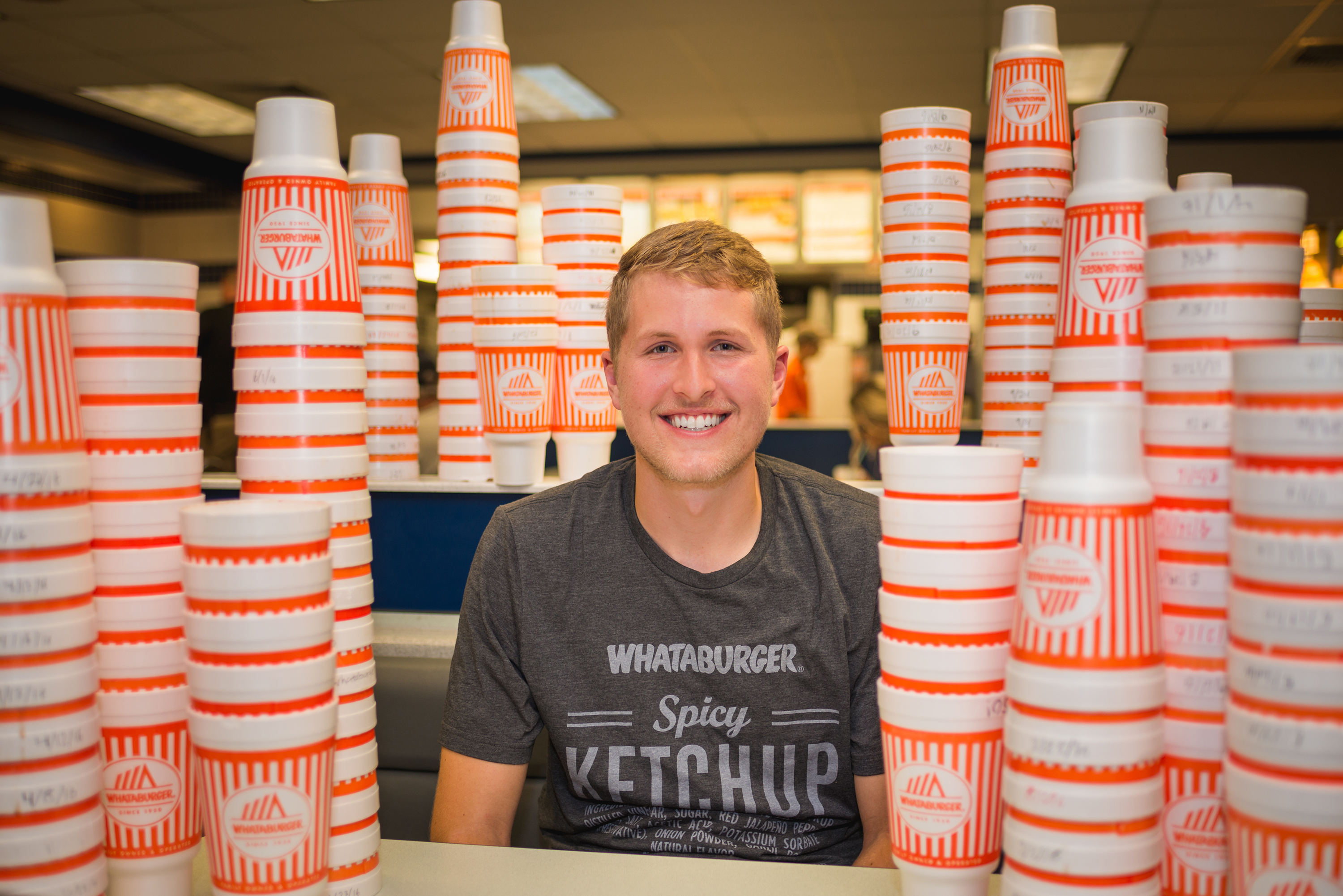 Now, two years later, he has more than 150 Whataburger cups stacked in the corner of his bedroom. Each one with the date of the visit written on it in ballpoint pen. 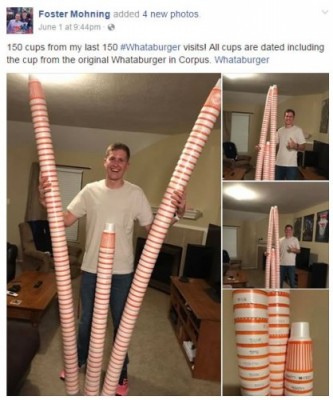 For Mohning, saving the cups is about documenting the memories of good times with friends. It isn’t just the burgers and fries (or the iced tea); it’s the people.

He and his best friend still meet up for their Tuesday catch-up whenever they can, and now he’s expanded his circle to include colleagues at a retail electronics store. The work crew has a standing Friday date to unwind together to begin their weekend.

“We started hanging out on Friday nights after work, and now it’s something we do,” he says. 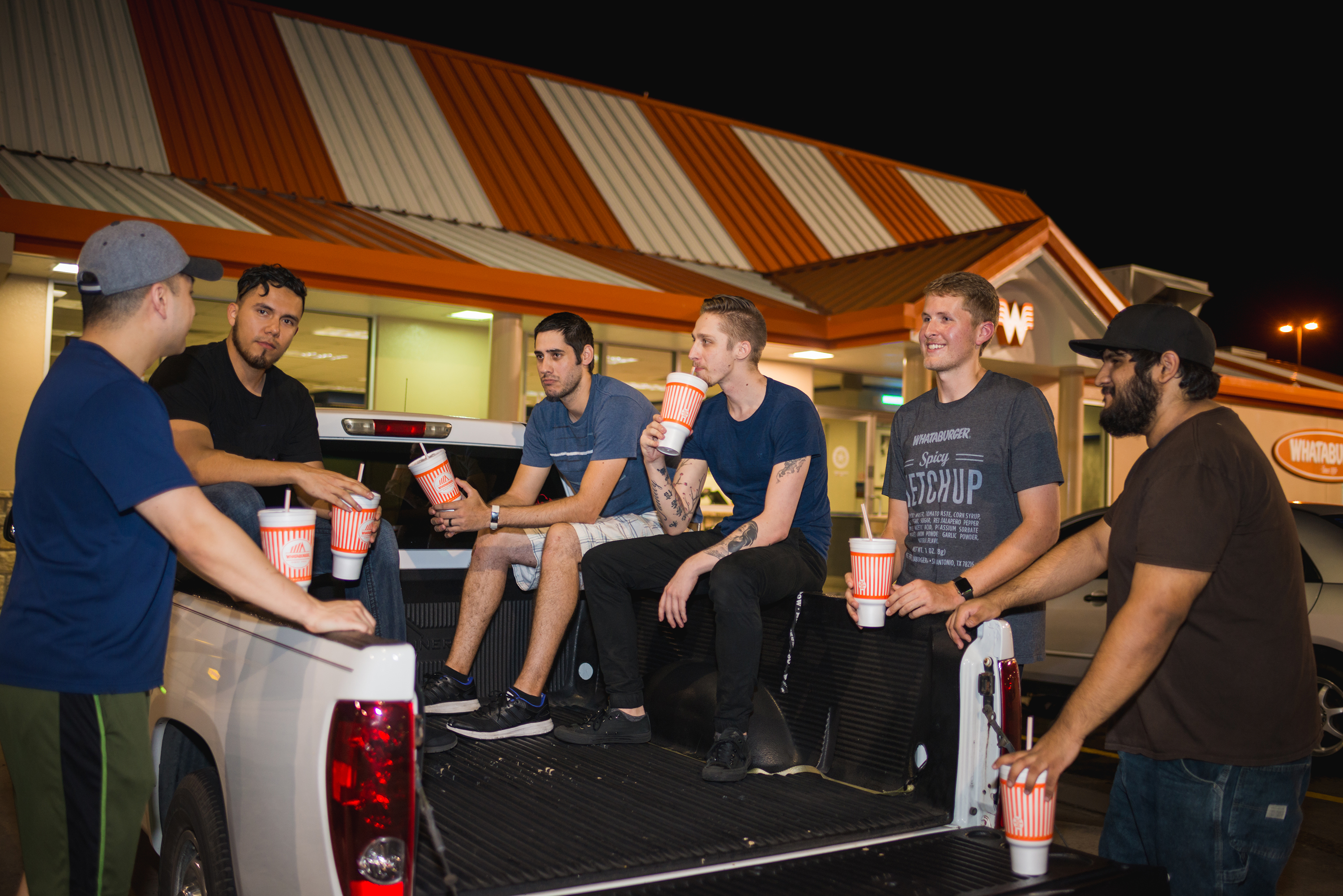 The Whataburger team greets them by name each week – their orders queued up and ready for the grill as they walk in.

And Mohning, of course, saves his cup each week.

Mohning stands at 6-foot-seven-inches, and two of his three cup stacks tower over him. His third is well on the way.

The stacks are leaned against the wall, commanding a corner of his bedroom all the way up to the ceiling. It’s a unique way to decorate, but Mohning is committed. “I’ve moved twice,” he says. “I just broke down the stacks and brought them with me.”

The only trick to keeping the collection on track? He has to buy a large drink – a whopping 44-ounces – each time so the cups stack up.

Related Articles (opens in a new window)
Previous Next
Newsroom