Whataburger … Where Leaders Are Made and Lives Are Changed.

Restaurants around the country are struggling to hire, but these Whataburger employees say working for the brand is the best job they’ve ever had. Here’s what six restaurant leaders told us they love about working for Whataburger—and how the brand has changed their life in ways they never imagined. 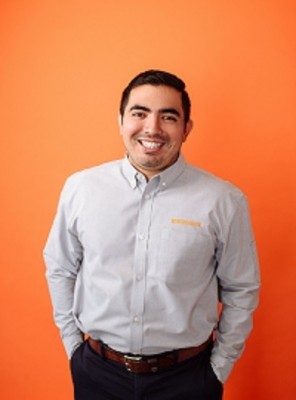 “I went to college to become a coach, and I started working at Whataburger as a student. When I graduated, I had $50,000 in student debt. Now, I’ve paid it all off. I bought my house, and I bought my dream truck, a GMC All-Terrain 4x4 Edition.

When I first started at Whataburger, it was because I needed money. But then it turned into something I enjoy. My mother is a teacher. My brother’s a librarian. My uncles are coaches. Teaching runs in my family, and I implement those skills into my job every day. I’m doing what I always wanted to do, but in a different way than I imagined.

My career at Whataburger is unstoppable. Whataburger is growing so much right now. As the company expands, we need strong leaders. I feel a lot of job stability because Whataburger has been here for over 70 years. I don’t see us going anywhere in the next 100.” 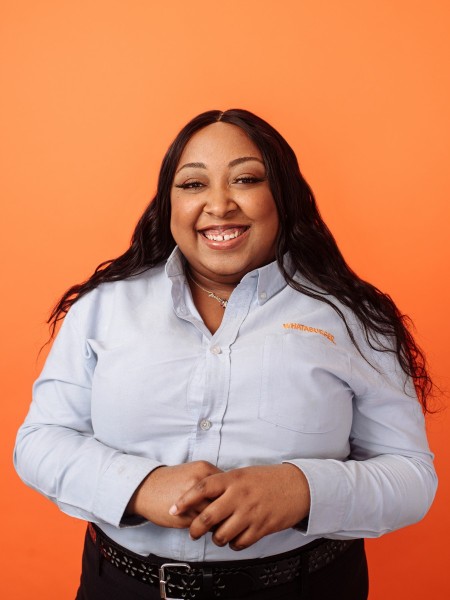 “Whataburger put people in my life who helped me grow. They gave me the right tools and they didn’t let me fail. There are people here who have your back and know you can do a great job—like they’ll know before you do that you're made for this and that this is what you're supposed to do.

My Area Manager did that for me. She came to me and said, ‘I’m going to make you an Operating Partner in six months. I’ll come see you every week, and we’ll work on this together. You can do it.’ And every week, she came and she helped me. When people have that confidence in you, you learn to believe in yourself.

I feel excited. I don't know what the future holds, whether I become an Area Manager or I’m in the corporate office. But I know that whatever it is, I'm with Whataburger.” 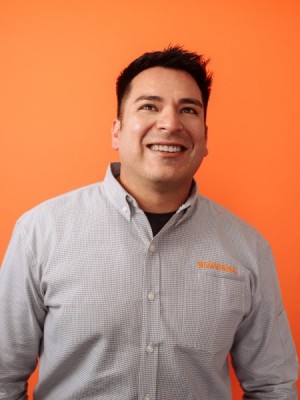 “I saw a future at Whataburger because the company really helped me transition from the military. The military is very structured and it can be hard to adapt when you get out because you’re so used to that structure. The way Whataburger is set up, it’s all about structure. You have leadership. You have chain of command. You have procedures. I take pride in my store because it’s like a military unit—I staff my team, I train them, and I lead them.

But no matter where you’re from, there are many aspects to this job that will fit your experience. We own our four walls, and we are focused on all aspects of running this business. Your unit is something you start, nurture, and grow. Then you just become part of it, and it becomes part of you.” 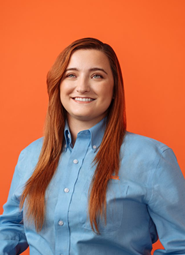 When my wife and I bought our house, I was 20 years old. As we were meeting the neighbors, one couple asked what we did for work and I told them we were managers at Whataburger. They replied: ‘Oh, so your parents bought this house for you?’ And we said: ‘No, we did this.’ Now our house is paid off.

I have friends who worry about money because they’re in debt. But I never worry. Whataburger will be here for our financial future.” 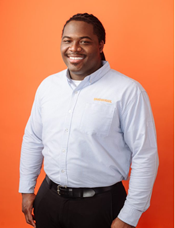 “There’s a direct connection between my income at Whataburger and my quality of life. I love to travel and I’m able to do that. I’ve been able to buy a 3,500-square-foot house. I own four vehicles. I have a motorcycle. I spoil my wife and daughter. When my wife and I got married, I paid for her dream wedding. I never had to say, ‘No, we can’t afford that.’ It was always: ‘Yes!’

I’m absolutely optimistic about my financial future working for Whataburger because I know there’s potential to grow. And with growth, there’s more money. I know my family won’t go without. As long as I’m growing, they’re growing.” 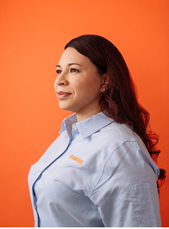 “I started at Whataburger 12 years ago. Two years into the job, my daughter—who has a rare disease called CRPS—was about to have her third or fourth operation. I was young, going through a divorce, and didn’t have much money. The operation was going to cost $4,300. If she didn’t have it, my daughter would be in a wheelchair the rest of her life.

As I sat in the hospital, not knowing how I was going to pay the bill, I heard the phone ring at the nurse’s station. A few minutes later, a nurse came in and said, ‘Your work just paid for your daughter’s surgery.’

Six-figure incomes? Check. Flexible schedules? Check. Giving back to your community? Check. Being part of a family of people who bring their best every day? Check, check and check.

Come see what Whataburger’s all about – and Find Your Inner W! – at this summer’s Hiring Days events in Arizona, Florida, and Texas. Click here to learn more.