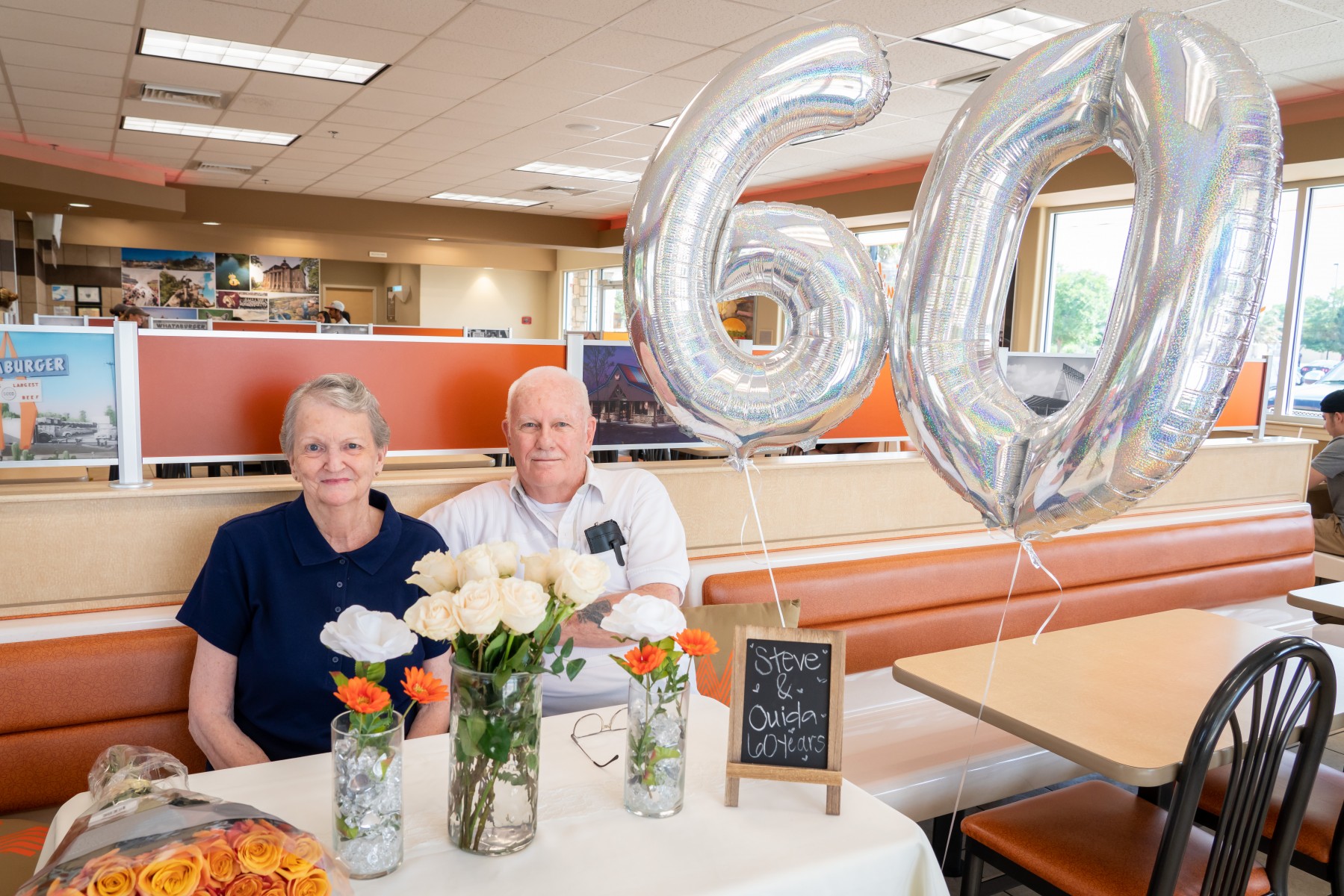 Advice from a couple who’s been married 60 years

Ouida and Steve Stephenson married six weeks after meeting on a blind date. Some said it wouldn’t last.

Those people were wrong.

In May, the Stephensons celebrated their 60th wedding anniversary with a surprise party at “their Whataburger” in San Marcos, Texas. It’s the place they eat several times a week, so their family knew it was the perfect place to host a party for the couple. 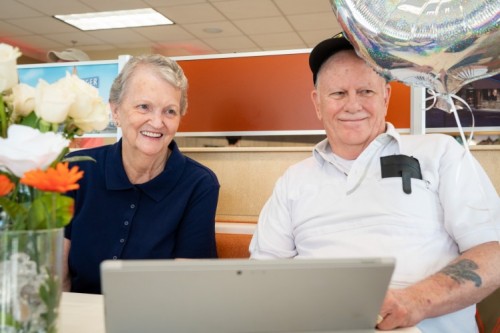 Dallas and became Mr. and Mrs. Stephenson, but they’ve focused on these four tips to help them through it all.

1. Trust your gut: Their courtship was brief, but why question unknowns? “You never really know anyone,” Ouida says. They do say they were old enough to understand the commitment. Ouida was 21 and working for Southwestern Bell in Dallas. Steve, 22, worked across the street at AT&T and already had served as a U.S. Navy Seabee in Korea.

2. Family first: Family is their pride and priority. Though their three daughters live in different Texas cities, the Stephensons talk to each one every day. The daily phone calls help them keep up with their children and great-grandchildren.

“They have always been the driving force behind our entire family and have always surrounded everyone with love and support. They have always taken care of each other,” says granddaughter Jamie Wilkinson, who arranged the surprise anniversary party.

3. Make memories together (and cherish them): After Steve retired as an insurance claims supervisor, the couple hit the road. Their travels have taken them throughout the Central and Western United States. Many wedding anniversaries included trips to Las Vegas. “It’s hard to imagine life without him,” Ouida says. “I wish everyone could have the life we’ve had.”

4. Stick with a good thing: Their generation, born at the end of the Great Depression, learned to accept tough times and keep moving. “It’s just how we were raised,” Steve says. Marriage is about respecting and standing by each other for the long haul.

They’re just as unwavering in their Whataburger orders. For her, it’s a Whataburger on a junior bun with tomatoes and mayo only. Steve can’t be tempted away from his Whataburger on Texas toast. “It’s the best thing they’ve got,” he says matter-of-factly.

Jan. 3, 2022 – The new year doesn’t always have to be about change. Sometimes it’s about tradition and reuniting with old friends – like the Whataburger Buffalo Ranch Chicken Strip Sandwich and the …
Read more

The Dr Is In! Treat Your Tastebuds to the Iconic Dr Pepper Shake, Back Again for a Limited Time

Jan. 3, 2022 – When pharmacist Charles Alderton invented Dr Pepper in Waco, Texas, nearly 150 years ago, he probably never imagined his creation would be enjoyed by millions of people around the …
Read more

Put a Little Spice in Your Life, Starting with Your Fries!