Game on, Whataburger! We’re serving up intense competition with a side of fries and gold medals

Lunch crowds and restaurant breakdowns put skills to the test

Whataburger’s all fun and games when you’re rolling up after midnight for a Patty Melt and chocolate shake. But it’s serious business on the other side – especially as WhataGames, Whataburger’s restaurant competition, heats up.

Family Members from Whataburger restaurants across the country vie for medals – and big money – at WhataGames, happening in Houston this March. 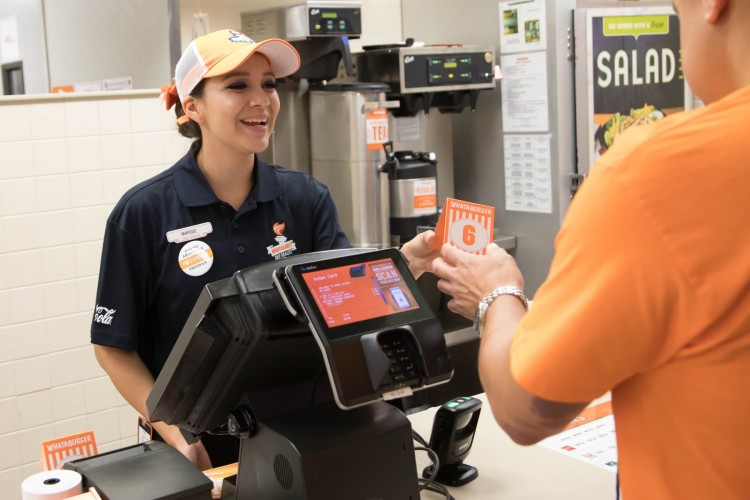 WhataGames is three days of hard-core work. The playing field is the same as the training ground: a Whataburger restaurant.

For this competition, though, we close down a store and put the Whataburger warriors through their paces.

Extra avocado on that Whataburger! Double orders of bacon on that Taquito! Onion rings and chocolate shakes for everyone!

In a different restaurant nearby, maintenance games challenge our techs to find and fix breakdowns on the fly. Is the grill cooking at the ideal temp? Is the thermostat working correctly? Just how hot is the water in the hand-washing sink? 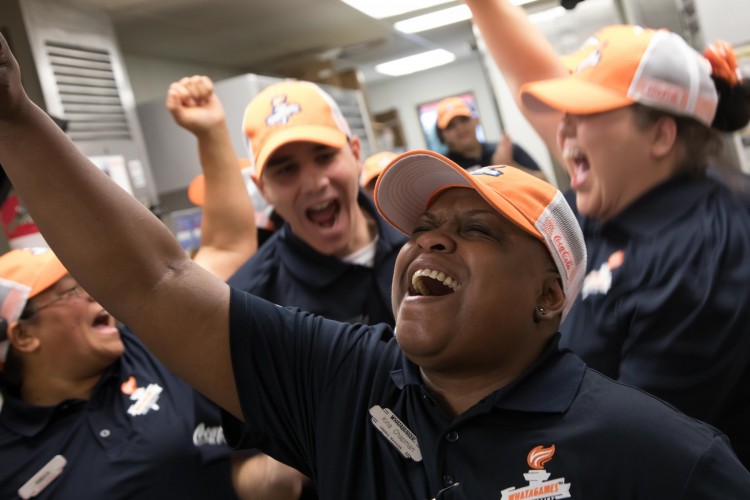 In It To Win It

The Family Members who compete – about 250 individuals from all regions of the company – begin training months in advance. They spend hours studying Whataburger history and culture, and they focus on teamwork.

“To get to the finals, you’re the top of the top. Just getting there is a huge accomplishment,” says Andres “Andy” Cano, a Family Member at Whataburger #4 in Kingsville, Texas.

Cano has been to the competition twice before, and his restaurant won gold in 2017. He qualified to compete again this year.

“Yes, we want to win, but what we really want is to be better people,” he says. “Just go up against yourself and be a better version of yourself. Everything else will take care of itself.”

Game on, Whataburger! We’re serving up intense competition with a side of fries and gold medals
Download Media Assets