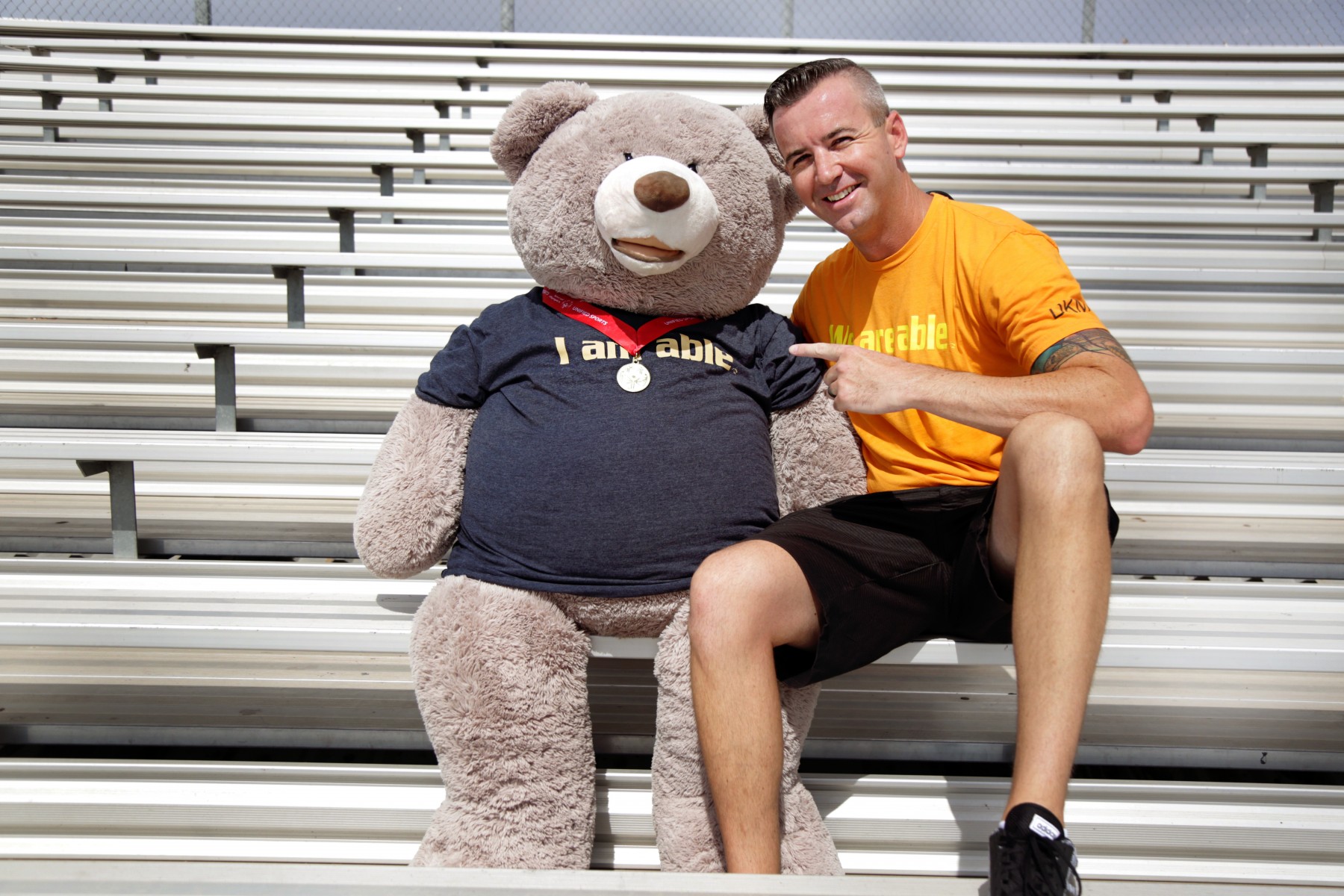 “We’re not as different as we think we are.” 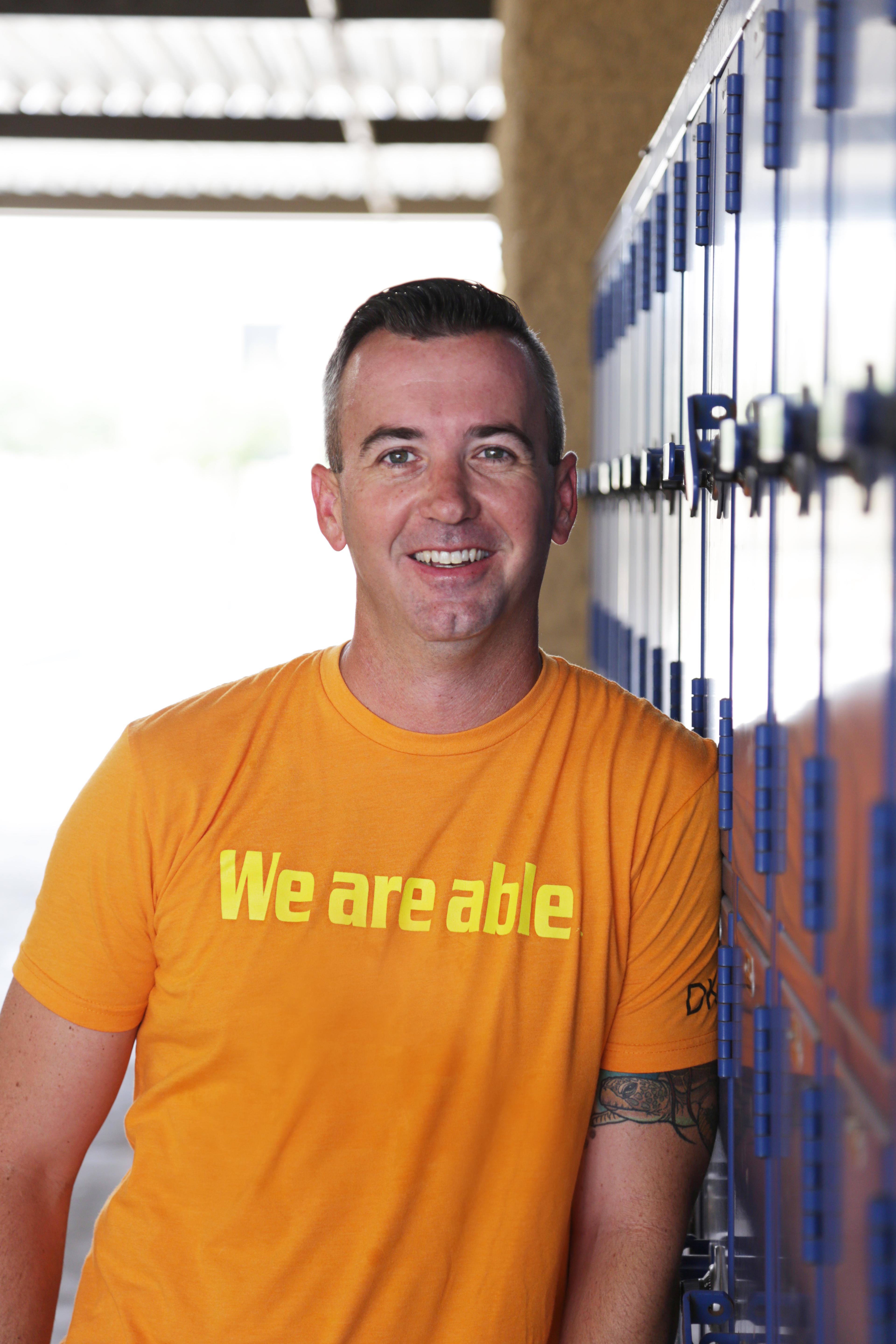 Michael Wakeford intended to teach special education only for a year. He studied to be a history teacher and was planning to clock time until a history position opened up at his former high school. But that all changed on his first day of teaching.

“I’m standing outside of the school waiting for the students to arrive,” Wakeford says. “The first bus pulls up and a special education student, Samantha, gets off with a huge smile on her face. She’s a bundle of joy. And that’s when I thought: ‘I might be able to do this.’ After week three, I was hooked.”

Not only is Wakeford still a special education teacher, but he also helms the Special Olympics Unified Sports program at Raymond S. Kellis High School in Glendale, Arizona. The pilot program launched in 2010. It pairs special education students (known as athletes) with their general education peers (known as partners) to play on the school’s sports teams together.

The program has been so successful that Kellis High was named a National Unified Champion School, which means the unified sports teams at Kellis compete in Special Olympics games at the national level.

Wakeford’s commitment to special education should not be that surprising considering his father spent 41 years in public education. At least half of that time was as an adaptive PE teacher and Special Olympics coach. “He is the biggest inspiration in my life,” Wakeford says of his father, Roger. “Everything I have done in my life I have done it to make him proud. I have followed in his footsteps every step of the way.”

Roger Wakeford often took his kids with him to Special Olympics events when he was a coordinator for more than 20 years. “Michael learned from that team concept early on,” Roger Wakeford says of his son. “It has served him in building a village at Kellis High School.”

That village includes former students like Zack Vernon, a recent Kellis graduate and Wakeford’s partner on the gold medal-winning Special Olympics Unified golf team for the city of Peoria, Arizona. Zack jokes that he carries his partner and former coach in tournaments. “Coach Wakeford is a pretty good guy,” Zack says. “He’s a fun guy to be around.”

“Zack blossomed when it went into the Kellis program and Mike Wakeford is a huge part of that,” says Zack’s dad Aaron Vernon. “We’re so grateful for everything he’s done. I wish we could do more for him to say ‘thank you’.”

For Wakeford’s role, he’s earned the Leadership in Teaching Award, was named the AIA Unified Coach of the Year and received the Rotary Club’s Peacemaker Award, which celebrates people who promote unity throughout their community and beyond.

“I often think back to Michael’s disappointment at not getting that history teaching job at his former high school,” Roger says. “It was such a blow at the time, but in hindsight, it enabled him to change culture and impact lives at a far greater reach than he could have ever imagined.”

And it all comes full circle. Kellis High just hired a former partner, Ann Marie Demeter, as a teacher for this school year.

“What we do takes a village,” Wakeford says. “The teachers, assistants, nursing staff, athletes and partners all work together. We’re not as different from each other as we think we are.”