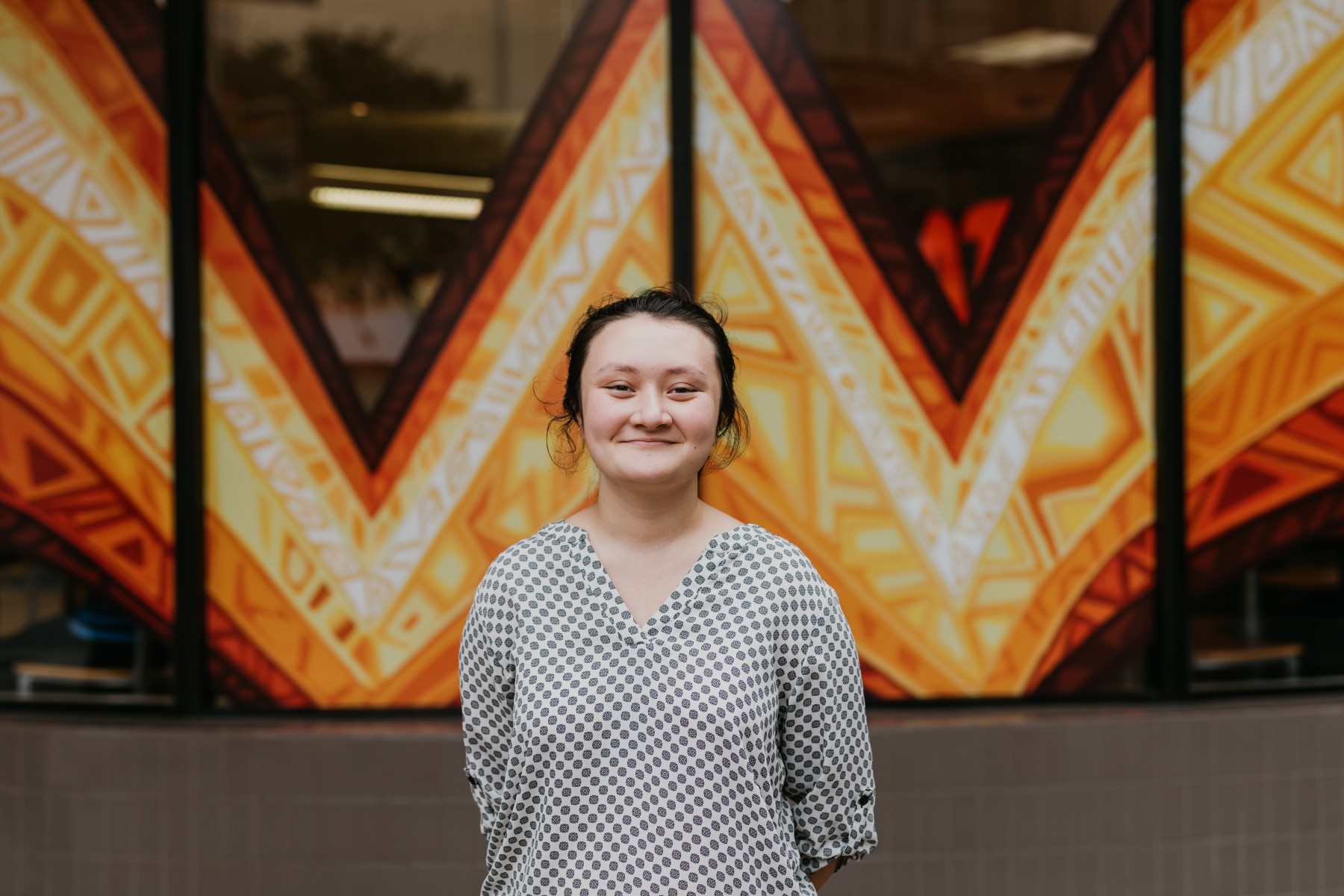 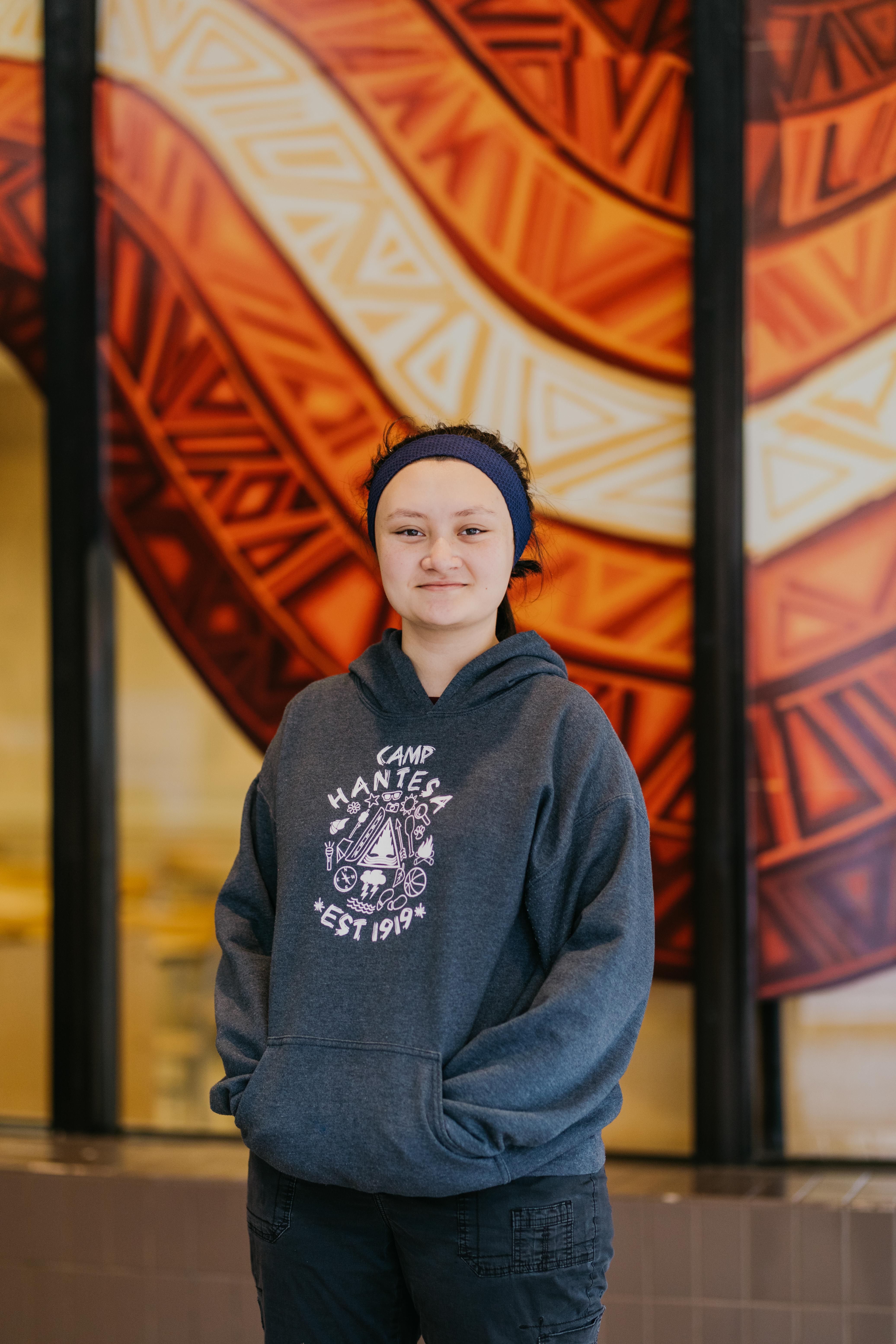 At 17, Rachel Kamata is no stranger to big public art projects.

As a member of Blue Star Contemporary’s MOSAIC Student Artist Program, she was part of the crew that created “The Legacy of Our Journey,” an epic mural for the Historic Outdoor Museum in New Braunfels.

Her latest large-scale venture, however, is all her own. For the holiday season, Kamata created “Light Fiber,” a window mural for Whataburger’s downtown San Antonio location. It’s on display through January.

Cast your vote for Kamata's work in the Light Up Downtown Holiday Contest here! You can vote daily through Thursday, Dec. 19.

The vibrant design features a golden white current running through a river of stained glass in earthy shades of red and green. Hidden in the flow are several ‘W’s” (for Whataburger, of course).

As the kids say, the piece is lit. Literally. In the evening, LED light strips give it a festive glow.

The initial inspiration for the design was Christmas lights “and that warm feeling you get” from them, Kamata said.

Made up of 26 panels printed on translucent vinyl, “Light Fiber” is an impressive 8 feet by 100 feet. After submitting a proposal to Whataburger, Kamata was commissioned to create the design for Light Up Downtown, the city’s annual holiday contest.

Working under the mentorship of MOSAIC Artist-in-Residence Alex Rubio, Kamata made a hand-drawn scale model of the design, then tweaked it on an iPad and computer.

A senior at the International School of the Americas, Kamata became interested in art in fifth grade after winning a contest with a notebook paper drawing of a pond. Since then, her realistic drawings and paintings have won numerous accolades, including multiple medals from the State Visual Art Scholastic Event competition. She joined MOSAIC in 2016.

Throughout her time in MOSAIC, Kamata has “demonstrated an advanced level of composition and design,” Rubio said, along with “a natural sense of creativity and vision.” 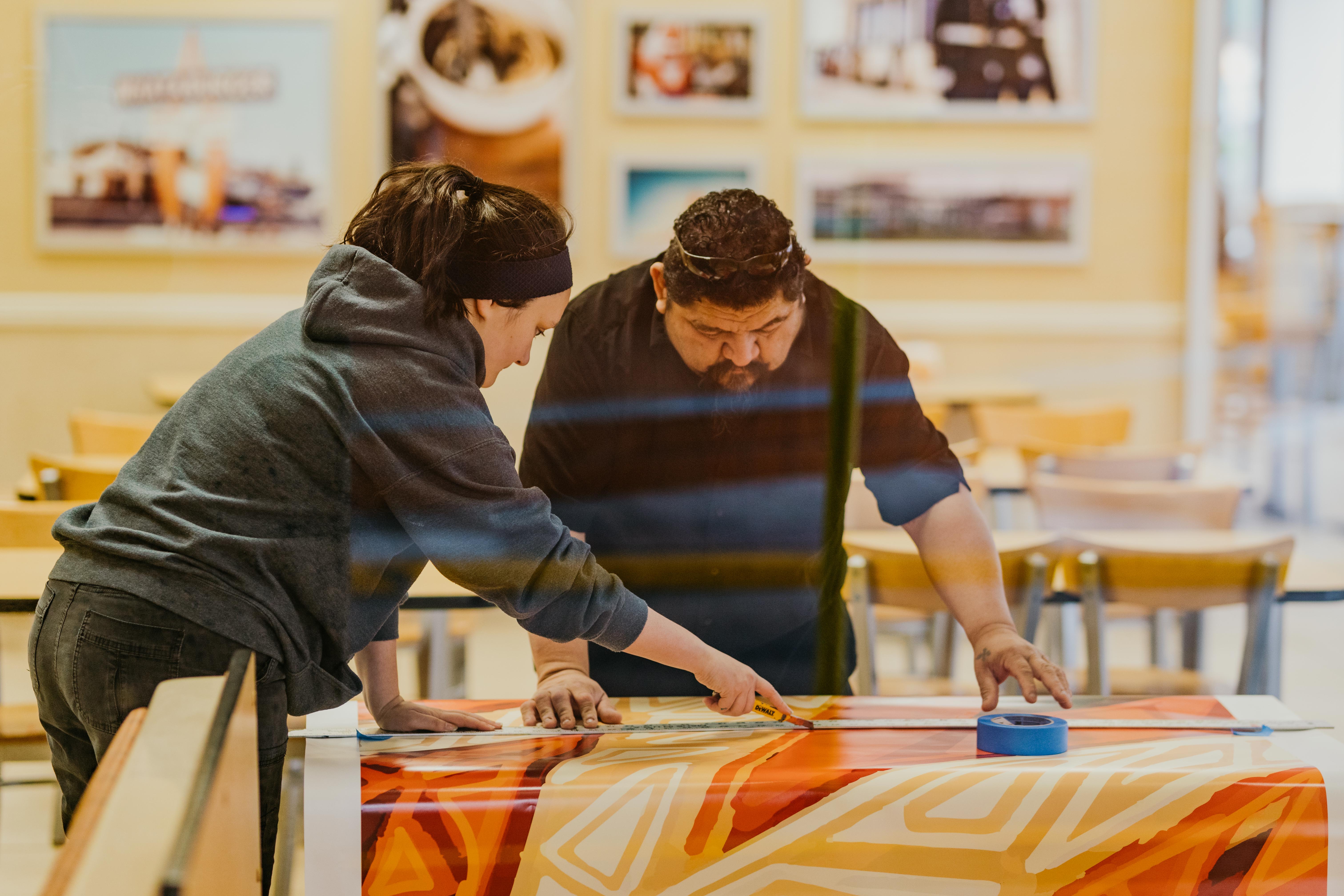 After graduation, Kamata plans to attend the University of Chicago and study international relations and art. Japanese, which she began studying to chat with her grandparents, also will be in the mix.

“I think it will have a positive impact on the community, especially during the Christmas season,” she said. “I think it will bring a bit of happiness to people who see it and be something they don’t expect when they visit Whataburger.”