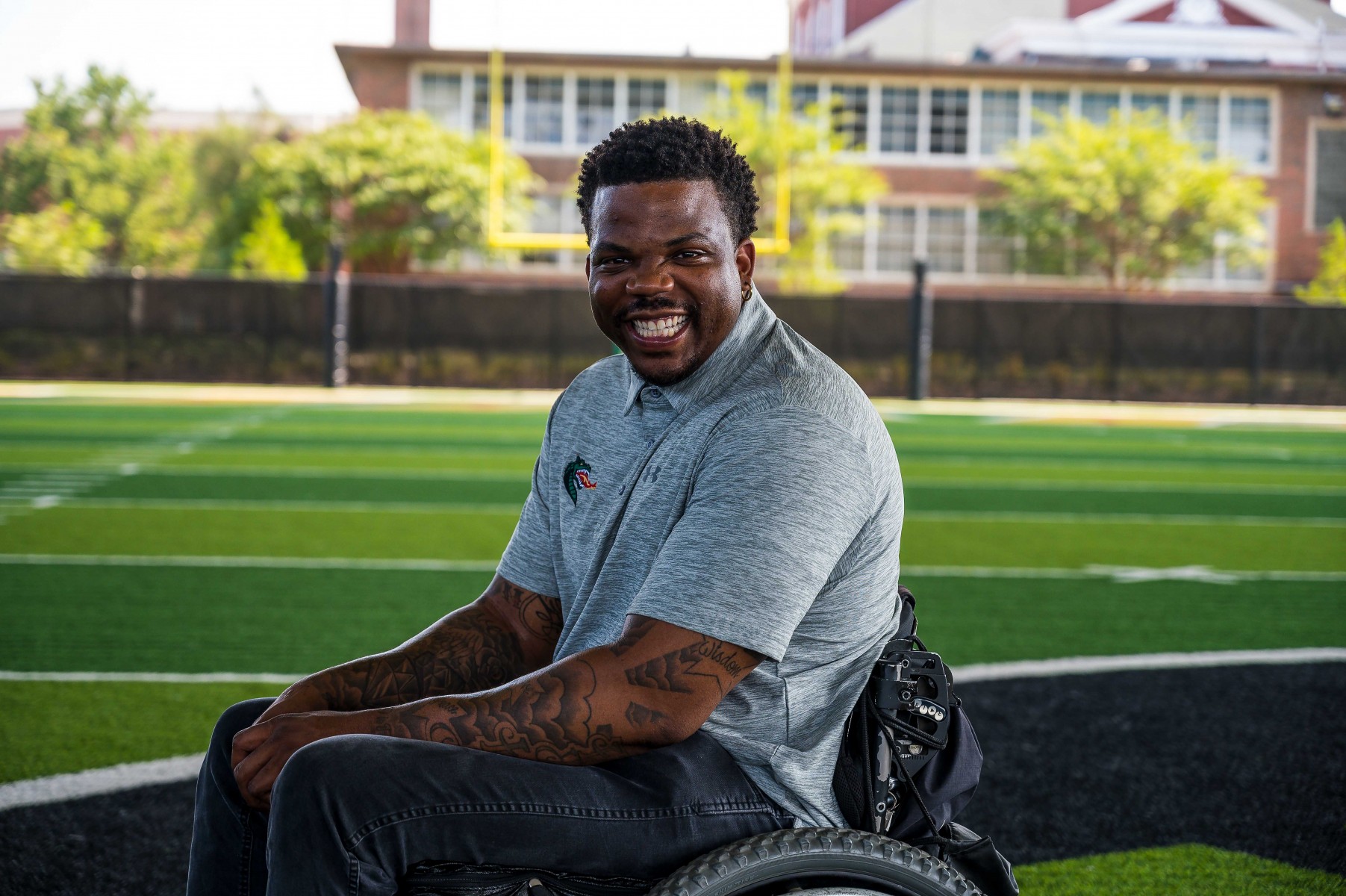 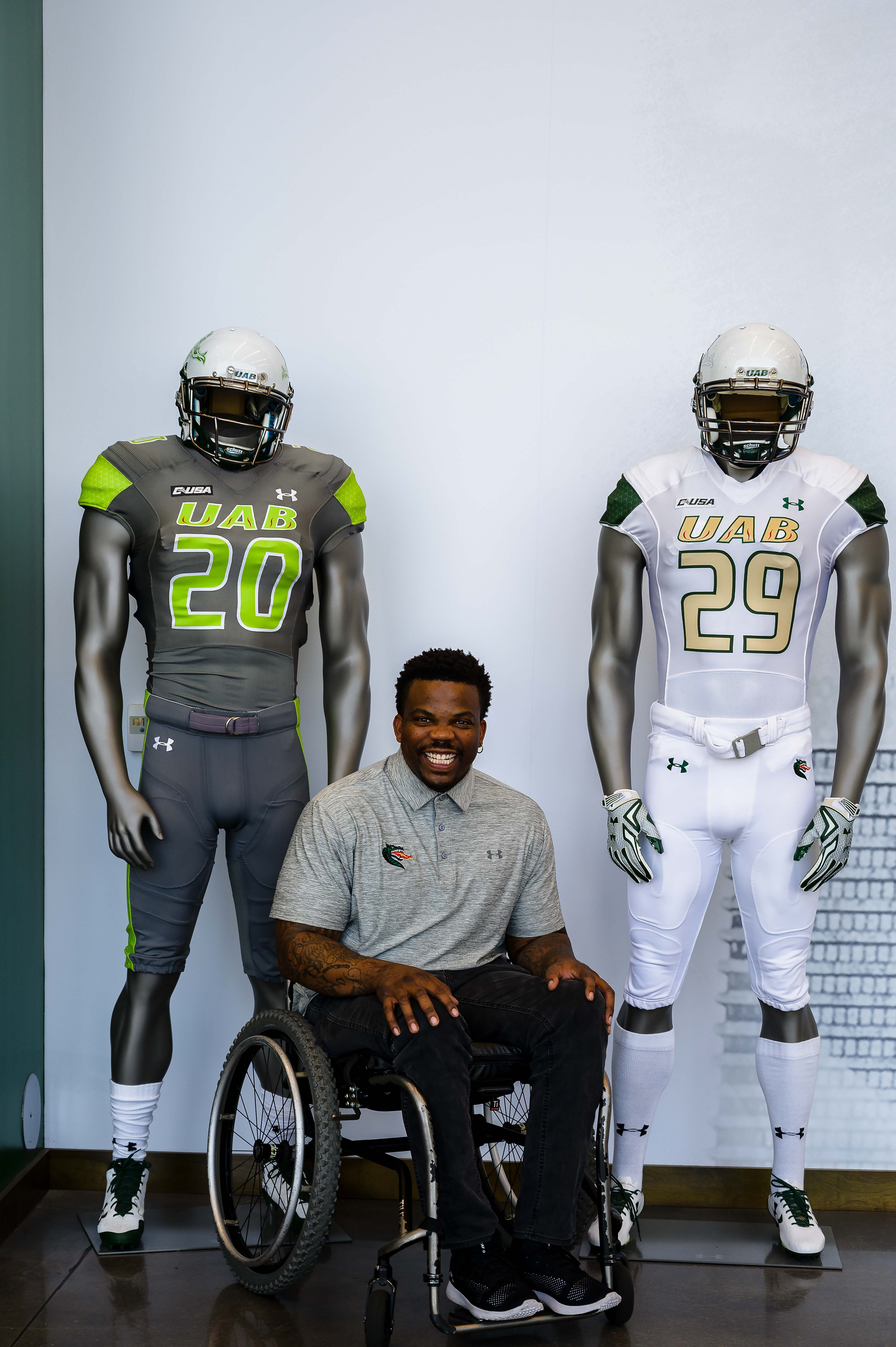 Timothy Alexander understands obstacles. And he has the passion and determination to get around, over, and through them.

After a 2006 automobile accident left him paralyzed and ended his dream of playing college football, Alexander went through several years of intensive rehab before enrolling at the University of Alabama at Birmingham (UAB).

In 2012, he became part of the UAB Blazers football team with his own locker and jersey, attending all the practices and working out from his wheelchair in the weight room.

Two years after joining the team, in 2014, Alexander learned that his beloved UAB football program was struggling financially and might not continue.

He was determined not to have football taken from him again.

So Alexander focused his energies on saving the program, rallying students and the Birmingham community behind the Blazers.

“I kept telling people to not give up, that we’re going to make it through this,” Alexander recalls.

Since the Blazers comeback, Alexander has worked as the team’s motivational leader and character coach, using his experience to encourage others.

Last year, in the team’s second season back on the field, UAB won the conference championship and a bowl game, both for the first time in program history.

“When you Google, ‘What is uplifting and perseverance,’ Timothy Alexander should be there,” according to Michael Core, who credits Alexander with helping him through some low periods after graduation.

“He literally stayed on me and taught me how we should persevere through things,” Core says. “He was the only person I could literally fall back on. If I needed a car to get to work, he would say, ‘Take my car. If you need a bed, stay over here.’”

Core now works as a software developer and remains part of “family” of people Alexander has helped, befriended and supported. “He just makes that connection and you feel like he really knows you,” Core says. “I felt that pure love, and to be honest, I’m not the only one who ever felt that way.”

Alexander’s goal is to become “an inspiration doctor” after earning a Ph.D. in psychology.

“I don’t want to just be a speaker. I also want to be a teacher and trainer, to help with self-development,” he says. “I’ve seen both sides of life. I want to help people make good decisions on either side.”