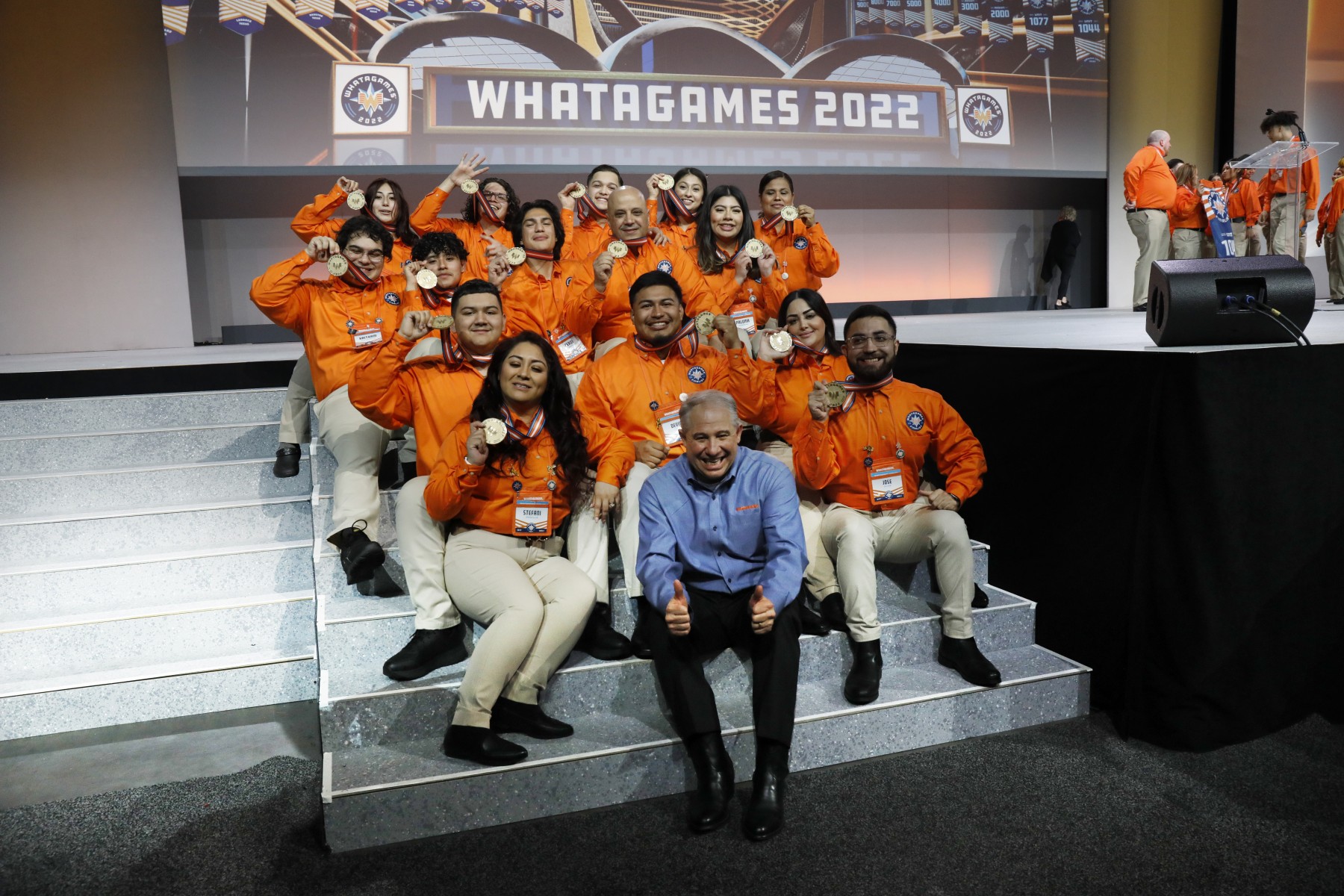 At the 2022 event finals, with the gold medal around her neck, she was proven right.

Steady, who heads up Unit 472 in Houston, led her team to the gold medal with a blend of consistency, belief and hard work.

“I believed in them,” Steady said. “They have worked so hard, and they did everything right.”

As for the hard work? “It paid off,“ said Team Member Fedir Cruz. “Tonight, it all paid off.”

Now that the gold is solidly around their necks, how will they spend the $5,000 cash every winner gets?

Fedir is planning to share some with his mom, and maybe put a down payment on a car. Team Member Rudolfo Gomez has his eye on a car, as well. And Manager Devin Teran is looking forward to buying a house. “This is the next step for my life,” he said.

And they’re already looking ahead to 2024. “This team will be back,” Steady says. “We’ll keep the gold in Houston.”

McCarty said she and her team had only been in the unit for six months. Turning them into a silver medal-winning team, she said, took leadership and communication – as well as getting the right people in the right place.

"They are so young and I love every single one of them," McCarty said. "We'll be back here in two years and we're going to win it."

And after celebrating their third-place victory, the first thing they did was share the good news with the team back home. “We wanted to share the victory with them. We did this together!” said Operating Partner Liza Wells.

And now, it’s time to figure out how to spend their award cash. Cars and college top the list, but Manager Hernan Torres hasn’t gotten that far. “I am not sure yet,” he said. “But I know I want to do something fun!”