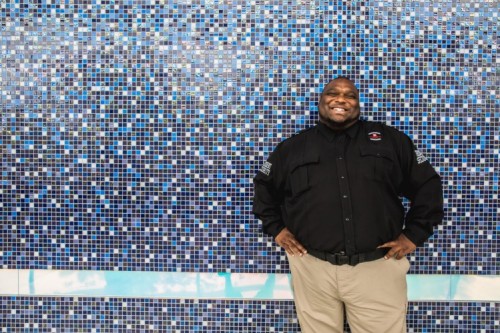 He sings, he dances. He hands out high fives, fist bumps and hugs. And all Anthony Bragg wants in return is a smile.

“His smile beams from the distance,” says Lisa Rysavy of Phoenix Children's Hospital Foundation. “Families look for him as they drive into the parking garage.”

As families approach, Bragg might bust a move or sing Snoop Dogg’s “Beautiful.” He’ll offer a fist bump or a hug.

“You never know what people are facing as they come in. I just try to provide hope,” Bragg says.

Before taking the post at Phoenix Children’s, Bragg disliked hospitals – and he almost turned down the job offer because of it. “All the way home, I wondered why I said yes.”

“What I didn’t understand was that I needed to go there, and there was a purpose to go there,” he says. “I’ve been blessed and enriched for being there.”

He’s had parents cry on his shoulder, and he’s danced with families because they’re going home from the hospital.

“You see miracles and blessings. It humbles you and grounds you,” he says.

A picture of one boy, also named Anthony, hangs on Bragg’s refrigerator. The boy’s family donated his organs, and they asked Bragg to sing during the procession honoring his life and his family’s decision.

As family and hospital staffed lined the hallway in Anthony’s honor, Bragg sang “Amazing Grace.” The family played a video of the scene at the boy’s funeral.

If it was up to Bragg, no child would ever need a hospital, he says. “I can’t do that. But I can be that smile and that glimpse of positivity.”