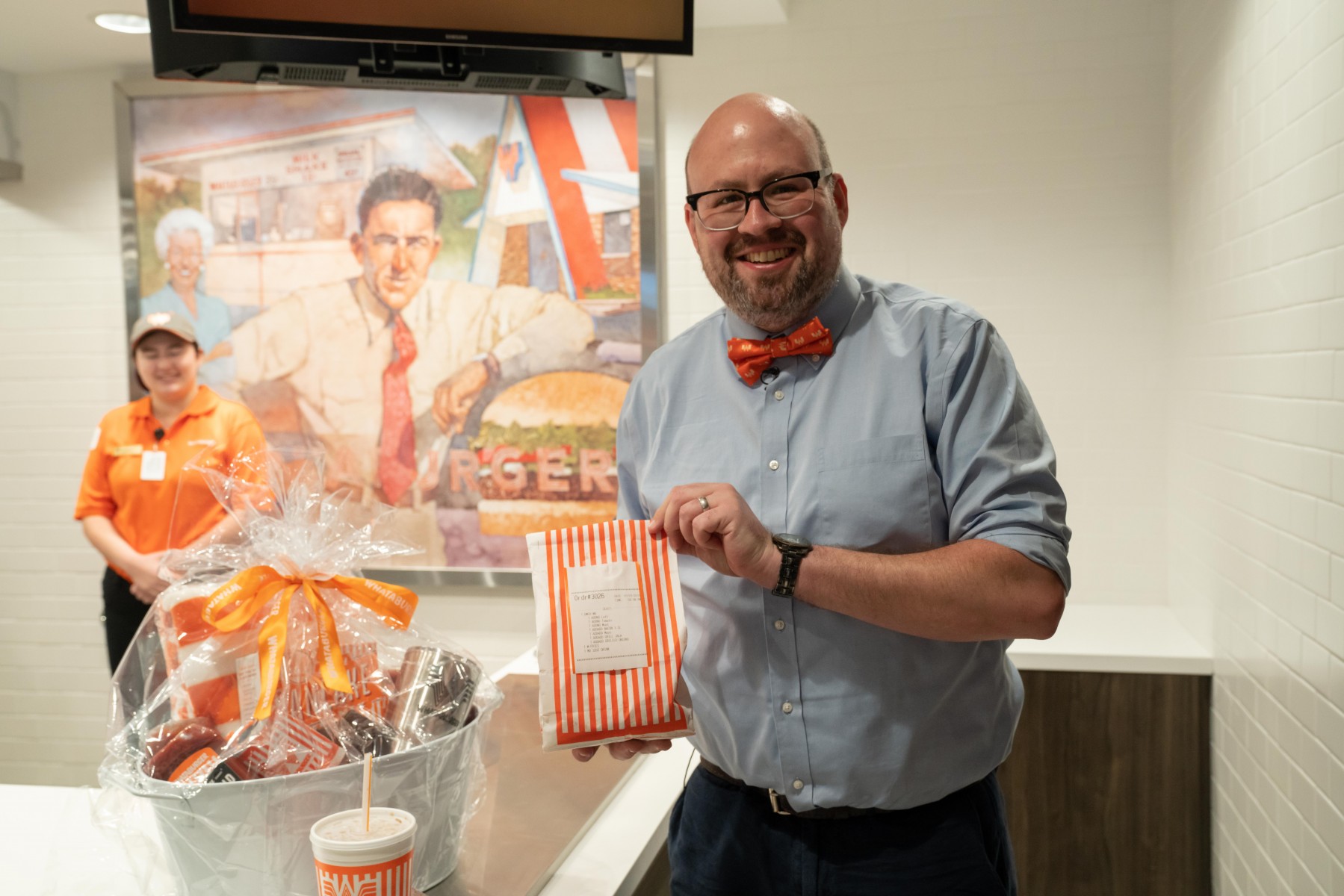 In love and in line

When Adam Brock heard there was a Whataburger opening at Dallas-Fort Worth International Airport, he knew he had to be the first customer in line.

After all, Brock loves Whataburger so much he actually got married in one.

So planning a flight from his hometown in Houston that would arrive in Dallas just in time to grab his go-to lunch at the DFW airport? That was a no-brainer.

Brock, a frequent international traveler who regularly changes planes at the DFW Airport, made a point of flying to DFW July 2 just so he could be the first guest when the newest Whataburger opened in Terminal E at the DFW Airport. His order? A Whataburger #2 (add cheese, bacon, jalapenos, grilled onions, no lettuce, no tomatoes, sub mayo) and fries.

"This is like the one piece of Texas this airport has been missing for so long," he says. "I think it’s great now that thousands of people have the opportunity every day to experience what I believe is the world’s best hamburger.” 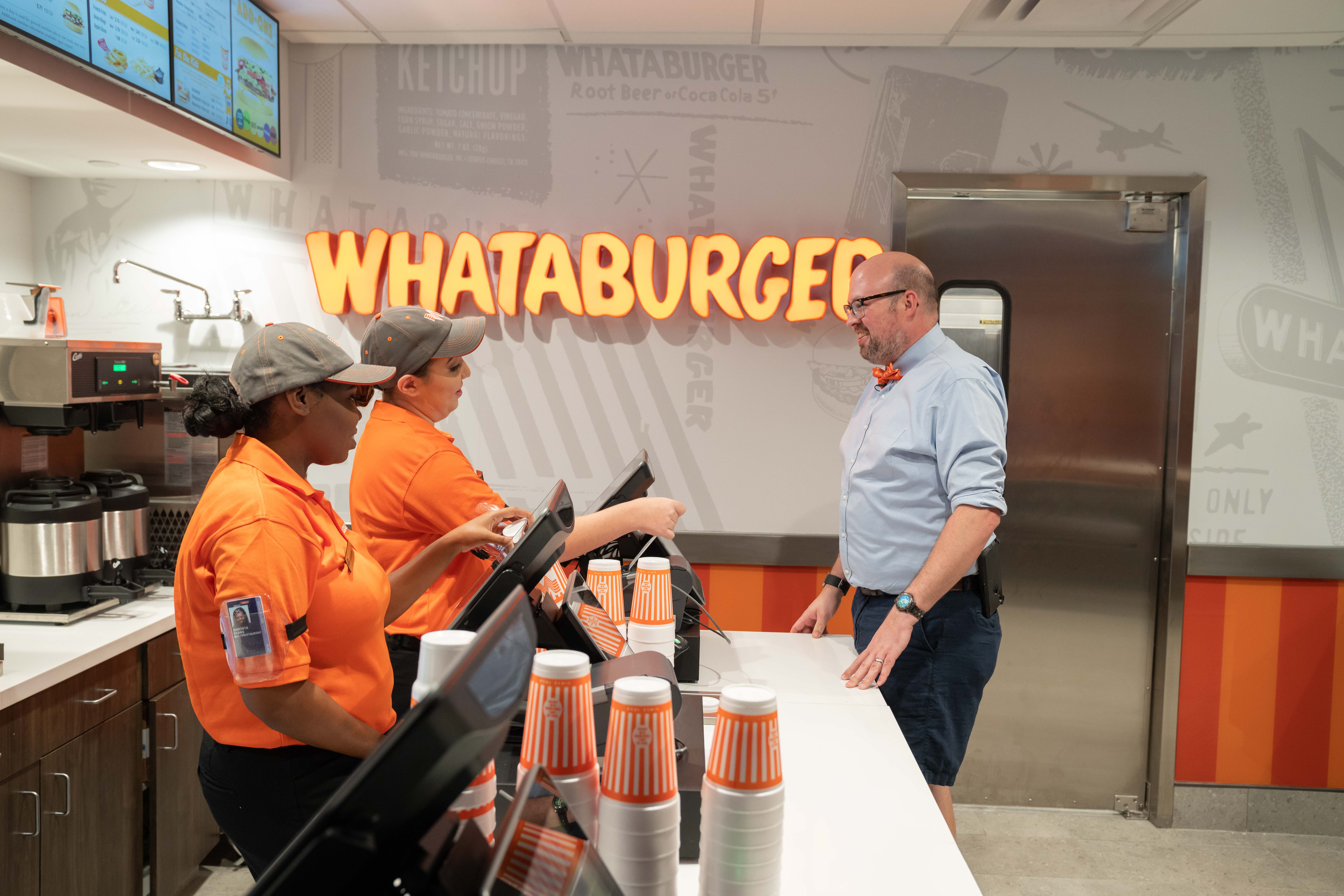 Flying more than 250 miles to be the first customer at a new Whataburger may be excessive to some, but Adam says it's all part of being a fan.

In April,he and his wife, Taylor, decided to seal the deal at their hometown Whataburger in Houston, after having a destination wedding in Cabo.

"There's just not a better place," Brock says. "It made sense for us to celebrate there."