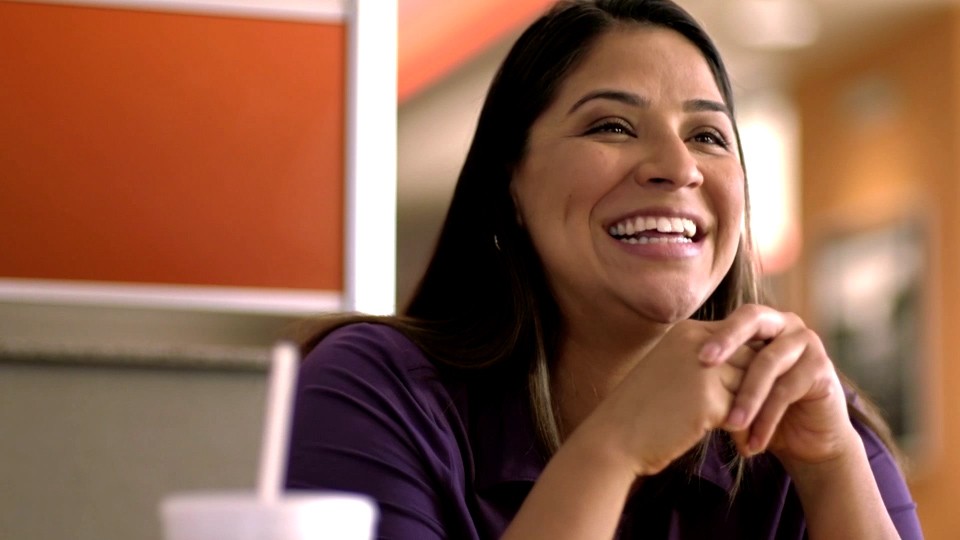 For Haydee Villarreal, the taste of chorizo conjures up happy childhood memories of Laredo, where her great-grandmother served up homemade flour tortillas and fresh chorizo.

“Every morning, it was chorizo and eggs,” Villarreal says. “In most of my memories of her, she had my breakfast ready every morning.”

Because of that strong family tie to the flavor, Villarreal is a discerning chorizo customer.

“There are so many places now in Dallas that are Latin fusion,” she says. It’s exciting to see the influence of the food she loves, Villarreal says, but can be frustrating because not everyone understands the history behind the meal – and, as a result, don’t always get it right. 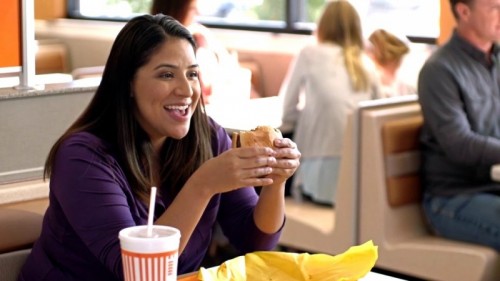 Villarreal knows the real deal when she tastes it. And that chorizo expertise made her the perfect talent for a Whataburger commercial touting the limited-time-offer Chorizo Burger.

“It was great!” she says of the Chorizo Burger. “I had no idea what to expect.”

Villarreal was dining at her Whataburger one afternoon when she was approached about appearing in a Whataburger ad; a longtime fan, she agreed without knowing the product. She showed up and was presented with the Chorizo Burger, months before anyone else could try it.

One bite, and she was sold.

“I loved the burger because you could actually taste the chorizo,” she says. “It feels like something my grandmother would have made.”

For Villarreal, those flavors bring together her Laredo childhood and her “real” hometown of Dallas. She has lived in North Texas since she was four, and that’s where she gained a love of Whataburger.

In fact, her Whataburger allegiance wasn’t sealed until she left Texas for college in Miami.

“I didn’t realize it until I got out there — there’s no Whataburger!” she says. “When I would come home, it was one of those things that I had to get.”

Her burger of choice: a Whataburger Junior, all the way.

Now back in her hometown, Villarreal has a newborn son, and teaches dance and theater at a nonprofit in Dallas.

She hopes to take her son to visit her great grandmother, now 91, in Laredo – and continue the family tradition. “When I was little, I learned how to make tortillas,” Villarreal says. “I’d like to have her show me how to do them again.”