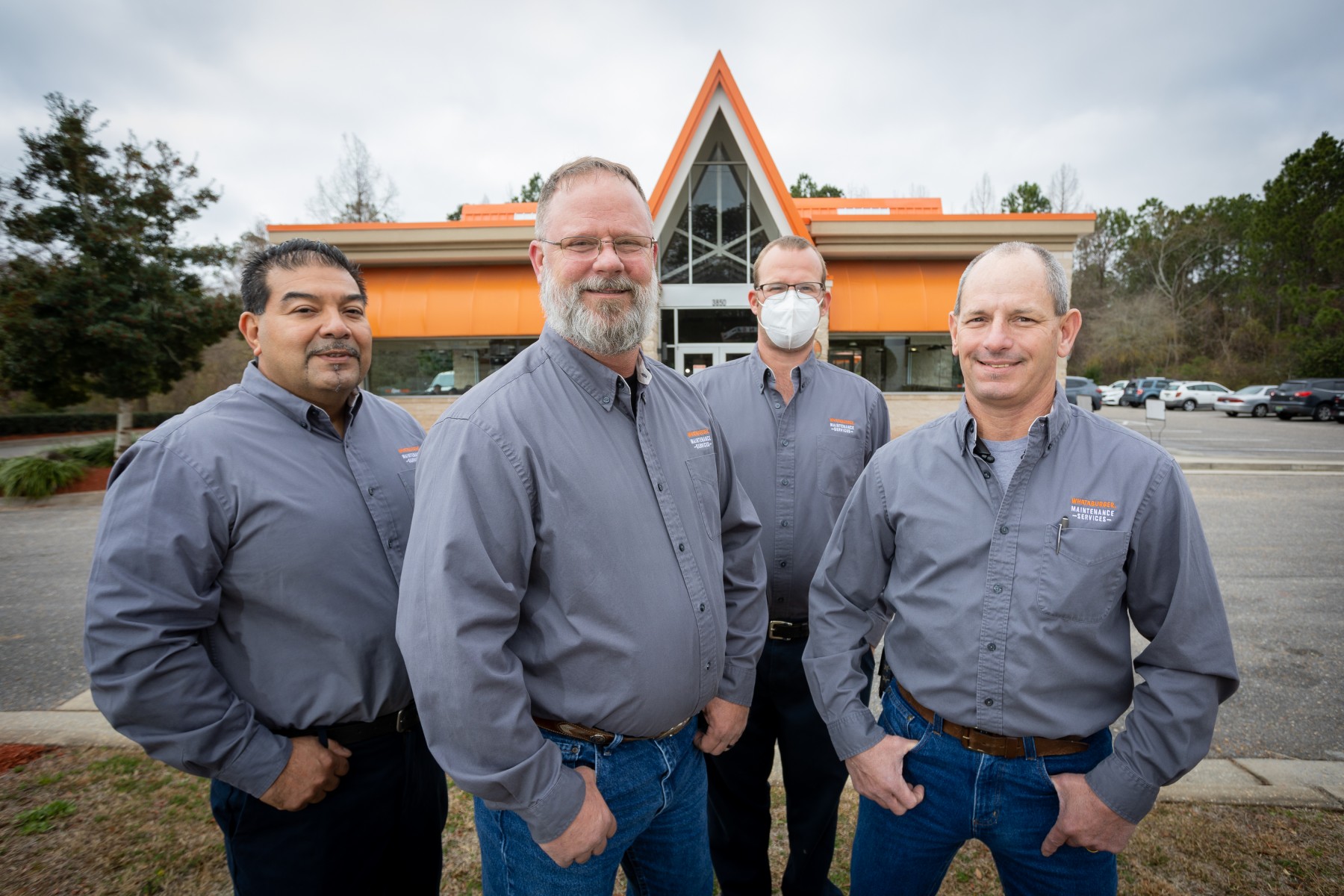 Region 2000 Lead Tech Scott Foster said he and his team were "kind of sweating it” when they weren't among the first two teams called as medalists at the 2022 WhataGames Awards in Houston.

"It's a tight competition," Foster said. "Everyone here is a winner."

But, he and his team —Michael Bradford, Bill Castanon and Jeff Foster — felt confident in their performance at this year’s Finals. So when their team name was called, they were ready for it.

And hearing they were the gold medal winners? That was particularly sweet, especially given the number of times they've participated at the WhataGames Finals.

The four guys, who support restaurants across the southeast, were officially declared the 2022 WhataGames winners at the March event.

WhataGames tests the skills of Whataburger’s Family Members and their teams as they do what they do every day: take care of our guests and each other. Whataburger’s maintenance teams are tested on how they find and fix problems — from drink stations to grills to HVAC — in the restaurant, while restaurant teams are tested on how they run a busy lunch shift.

At this year’s event, Region 5000 (central Texas) nabbed the silver, with Lead Tech Scott Adams as the only WhataGames veteran. His techs – Luis Marie, Daniel Monnich and Chris Simmons – were all first-time competitors.  Adams said they felt good about their chances of taking home a medal, but Luis Marie confessed he was nervous. “I knew we were going up against the best of the best,” he said. “It was my first time, so I wasn’t sure what to expect.”

Region 4000 tech Kim Vo was also competing for the first time, which made winning the bronze that much more exciting for this Houston-based team. “This means a lot, to be at my first WhataGames – and we won!” Vo said. He and the team – Lead Tech Jay Neidhart, Orlando Hernandez and Carlos Navarro – were excited to end the competition with some hardware … and some cash. “It was all worth it,” Navarro said.

All Family Members compete in the WhataGames field competition, and then the best of the best travel to the two-day WhataGames Finals event every two years. Victors earn some serious cash and medal bling. Members of the first-place winning team each take home $5,000 cash, and second-and third-place team winners each pocket $2,500 and $1,000 respectively.