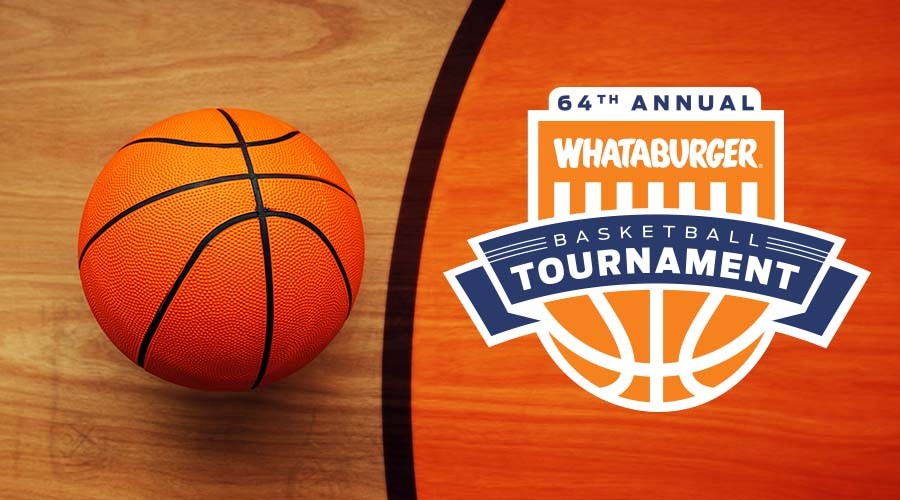 The Whataburger Basketball Tournament, hailed by USA Today and Sports Illustrated as one of the nation’s premier high school basketball holiday tournaments, returns to North Texas from Tuesday, Dec. 28 through Thursday, Dec. 30.

The Boys Orange Division features some the top teams in the state and nation, returning to compete at Mansfield Legacy High School, conveniently located for both participating teams and their fan bases.

“Coming off a cancelled year of all tournaments, the 64th Annual Whataburger Tournament edition is as strong as ever with not only state-ranked teams, but nationally ranked teams,” said Tom Rogers, Whataburger Basketball Tournament Director. “The tournament will be very competitive from the first tip off Tuesday, December 28 at 10:00 a.m. until the championship game ending on Thursday night, December 30.”

More than 20,000 spectators, including college scouts and coaches, are expected to take part in the action-packed, three-day tournament at three area high school gyms. In addition to the Boys Orange Division at Mansfield Legacy, the 1,700-seat Chisholm Trail High School arena will host the Boys Blue Division and the 2,200-seat Saginaw High School arena will host the Girls Blue Division. The winning team in each division will not only go home champions but will also earn a $1,000 scholarship from Championship Basketball, Inc. and the Whataburger Basketball Tournament.

In its storied history, the Whataburger Basketball Tournament has provided a national spotlight for players to sharpen their skills and impress scouts, with some moving on to professional careers as players and coaches in the NBA. Tournament veterans include Sam Cassel, assistant coach for the Philadelphia 76ers, as well as current NBA players Marcus Smart for the Boston Celtics and Myles Turner for the Indiana Pacers.

“We’re looking forward to coming together again for this year’s tournament, and seeing the many talented teams from across the state and beyond that are competing this year,” said Whataburger Regional Director of Operations George Gonzalez. “It’s exciting to watch a new group of players showcase their talents on the court for their fans and family. Whataburger is proud to offer a platform for these student athletes to achieve their highest potential. We hope fans can join us to celebrate the holidays with some great basketball.”

Fans interested in witnessing history can purchase tickets at each of the tournament’s three venues:

For additional information including brackets, rankings and specific player statistics, visit WhataburgerTournament.com. During the tournament, updated scores and game schedules will be posted in real time on Facebook.