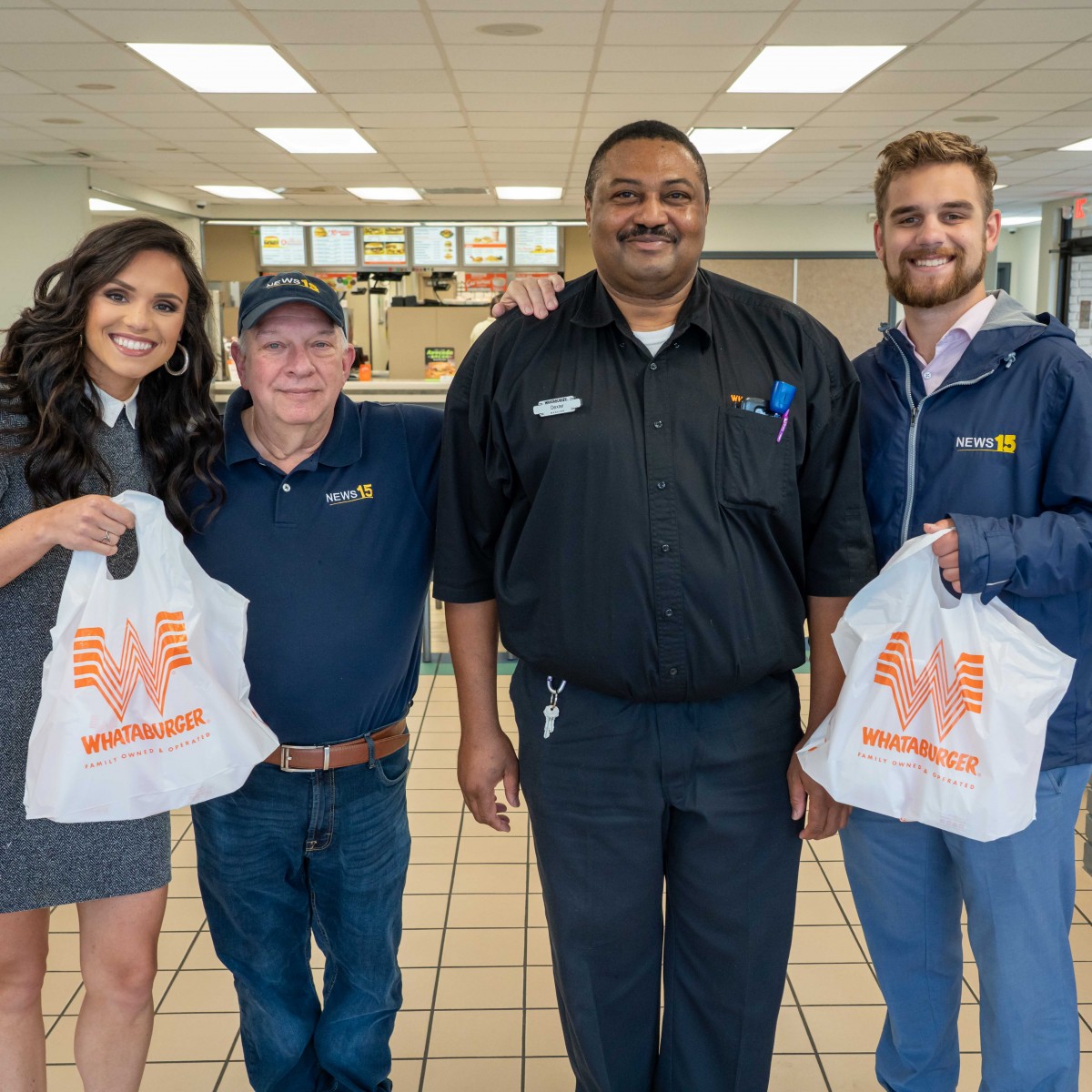 Objects in mirror are just as delicious they appear

Local Lafayette, Louisiana, news anchor Al Hebert had to do a double-take when he checked his rearview mirror at a red light—only to see Whataburger manager Dexter Ledet get out of the car behind him and run toward Hebert’s window.

Hebert: I couldn’t believe he followed me after I left the store!

Dexter: Earlier that morning, Hebert had placed a breakfast order for his morning crew. On his way in to work, he stopped by to pick it up.

Hebert: We’re fanatics about Whataburger. We have about 10 people on the morning show, so our orders are huge. And we place our orders on the Whataburger app, which, by the way, is very cool.

Dexter: I thought we had it all ready for him when he got here, but I didn’t realize we were still working on the last order. 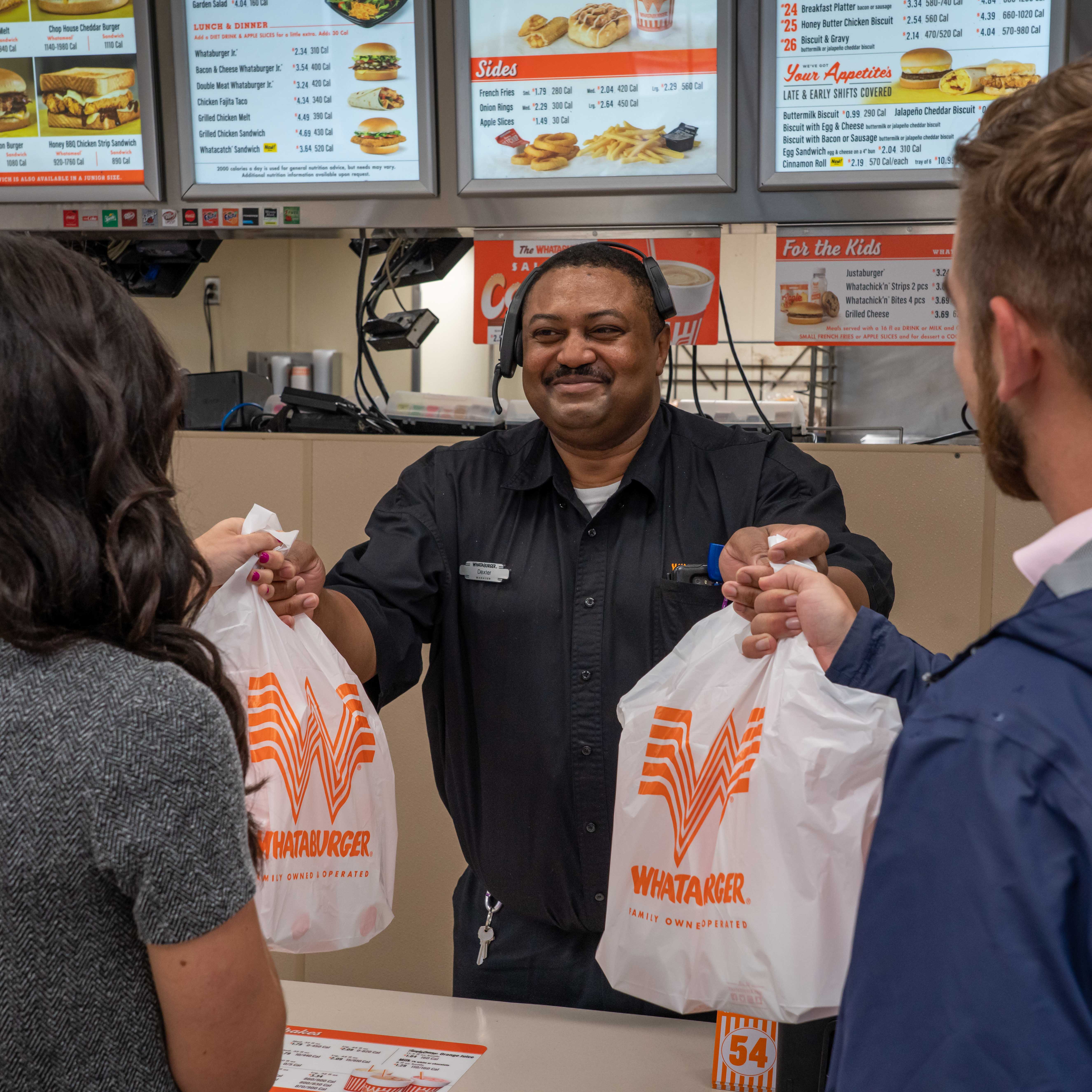 Hebert: Apparently, I forgot a bag.

Dexter: When we realized that was the case, I literally ran to my vehicle. I jumped in, floored it, and met up with him at the next light. Luckily it was red!

Hebert: He knocked on my window and gave me my bag. I was stunned. No one does that! Any other place would expect you go turn around and go back. I can’t think of anywhere else that would chase you down the street if you forgot something. 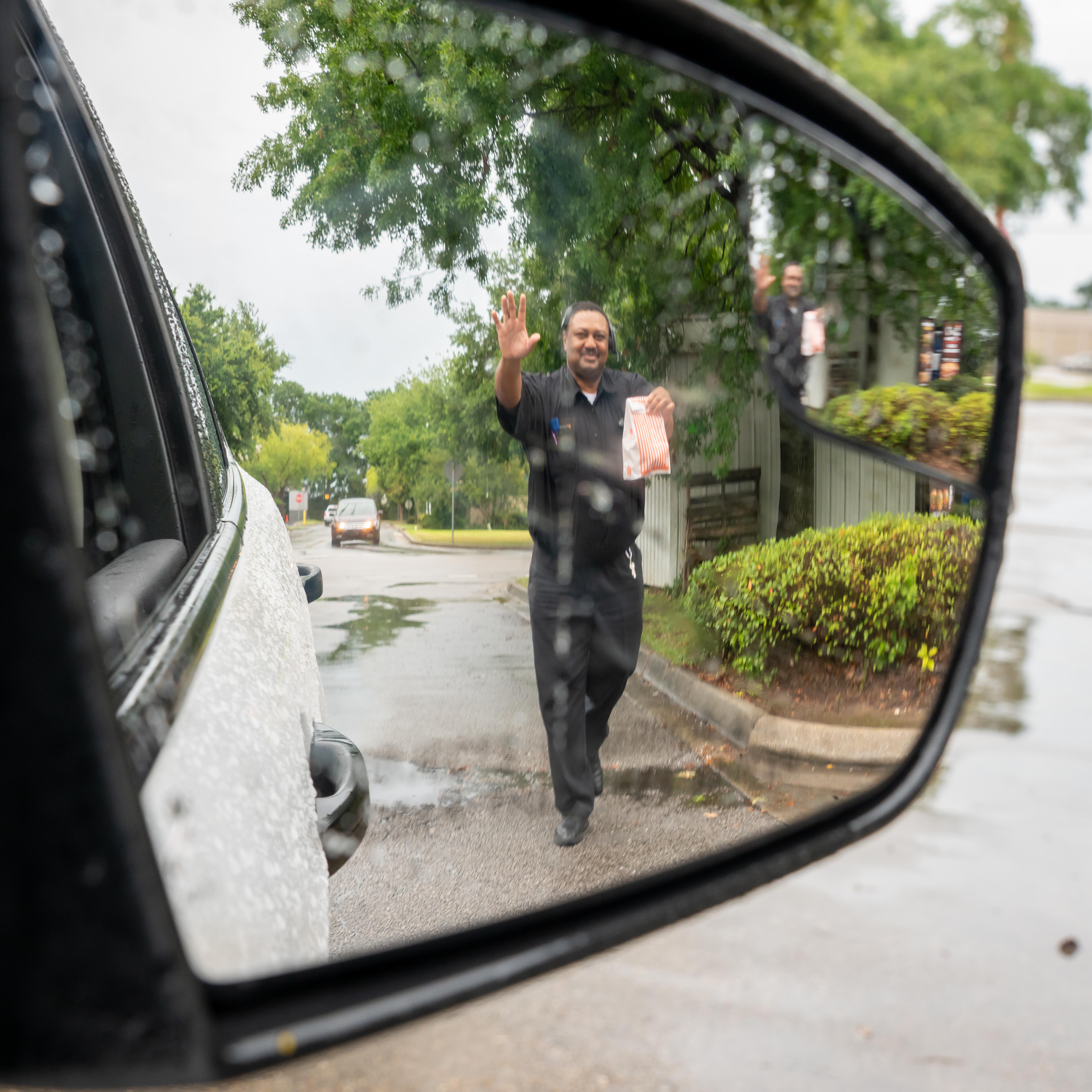 Dexter: I haven’t run in years! I was paying for it later!

Hebert: In a fast-food environment, you expect to have a transaction. But Dexter turned it from a transaction into an experience—and a memorable one!

Dexter: He even gave us a shout-out on the news.

Hebert: What Dexter did was so above-and-beyond. He didn’t have to do that. That is a level of customer service that is totally unexpected. Am I more loyal to Whataburger than ever? You bet! Dexter is a customer service hero.

Dexter: We never want to disappoint our guests. This is the first time I’ve ever had to run after an order, but I would have done it for anybody.