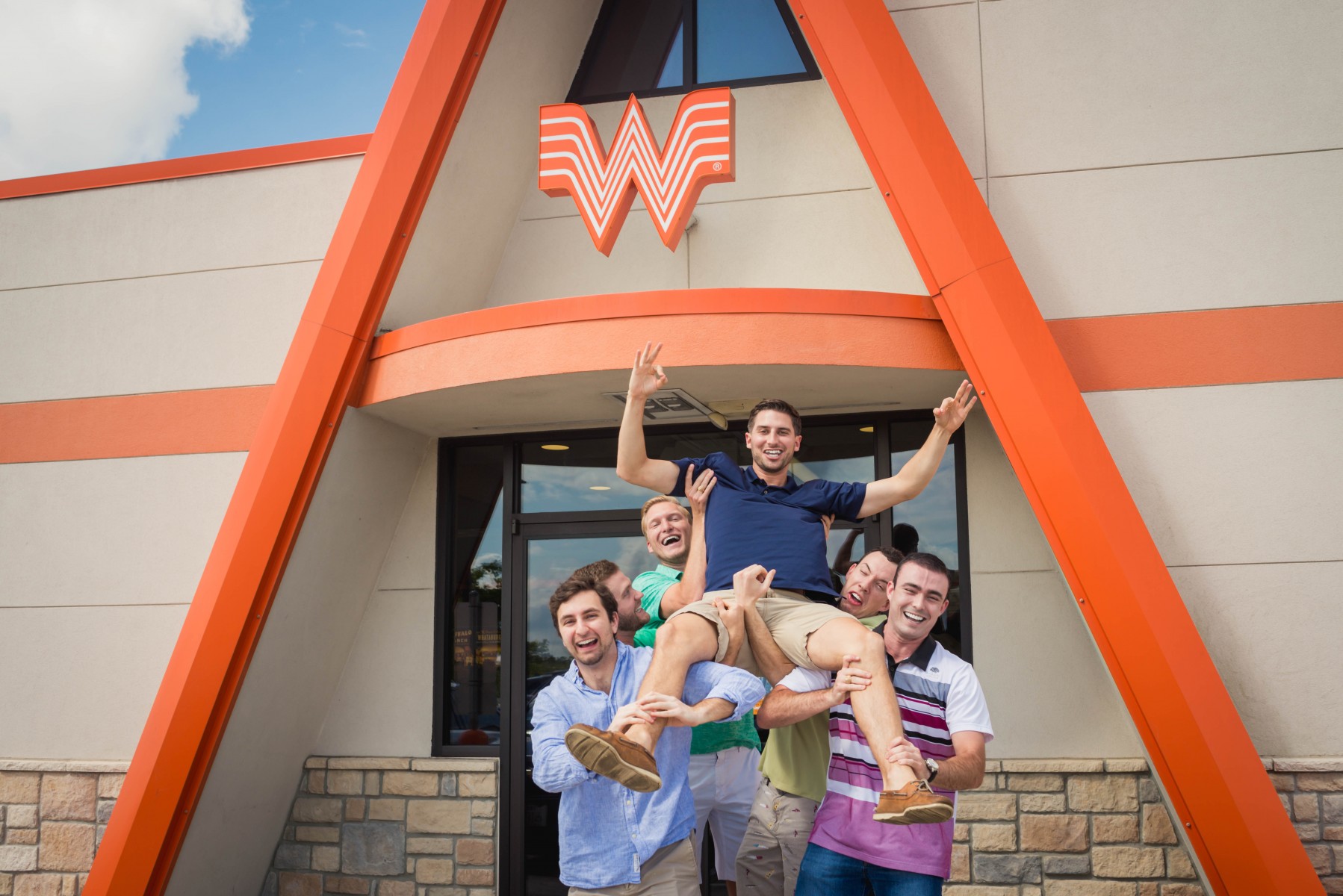 College sweethearts Josh Harris and Kenzie Dye are prepping for a September wedding. Kenzie isn’t “much of a planner,” she says. Josh is the detail dude. “I’m the guy who plans everything,” he says. “Trips, reunions … I put it all together.” 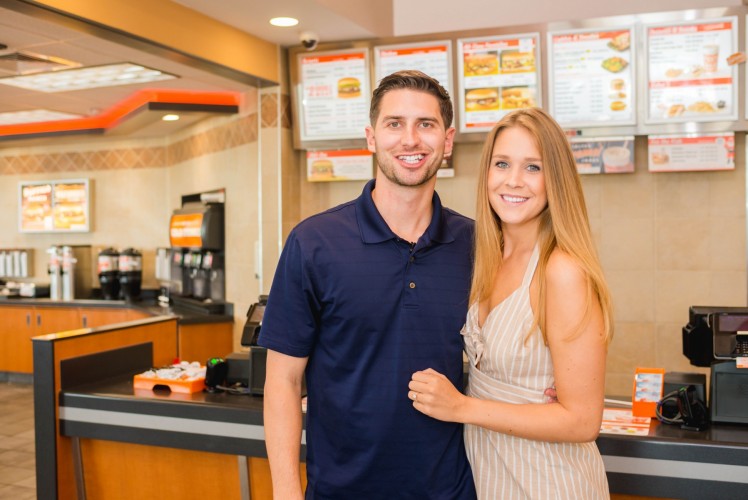 In this case, that meant getting his best buds together for a bro breakfast with a twist. 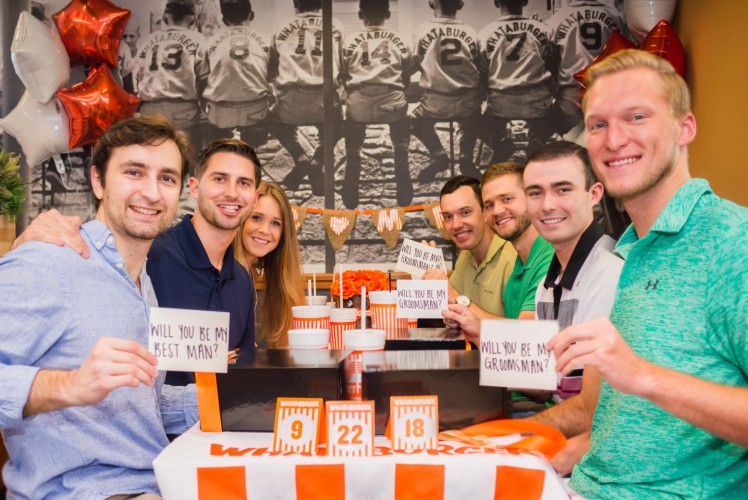 The crew has been friends since their college days at Texas A&M University, when – Josh says – “Whataburger was always there for us. Whether it was 9 a.m. on a Saturday morning or 2 a.m. on a Saturday night.” (Check them out in their Aggie gear!) 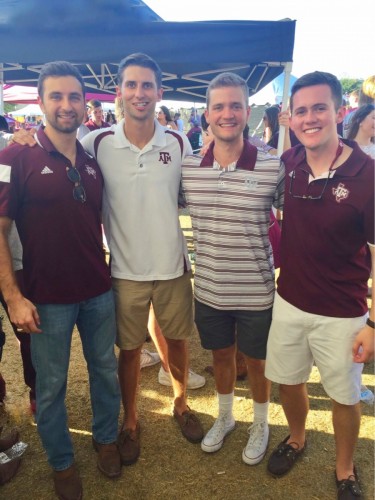 So when it came time to ask the old gang to stand up at his wedding, Josh knew just where to get everyone together. He worked with the Whataburger team at a store in Pearland, Texas (just outside of Houston) to take his event to the next level. “These guys are a huge part of our lives. I wanted to do this the right way,” he says.

After everyone sat down, Whataburger Family Members brought out special boxes for everyone – instead of all the Honey Butter Chicken Biscuits the group was expecting. 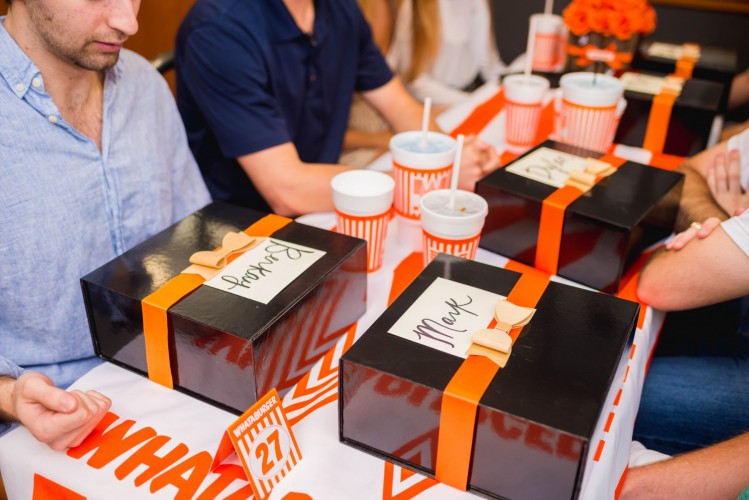 Once they helped each other figure out how to get the ribbons off, each prospective groomsman opened the box to find a collection of Whataburger-branded items from Whataburger.com/shop, as well as some fishing gear. “When I think about good times with my friends, I think about fishing, and I think about Whataburger,” Josh says. 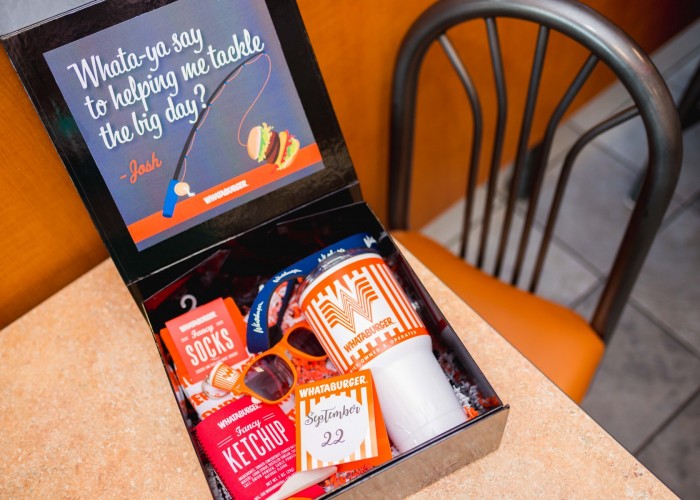 Josh picked out Whataburger socks for the groomsmen to wear during the ceremony, as well as Whataburger-branded Yeti tumblers to keep their drinks cold at the reception. 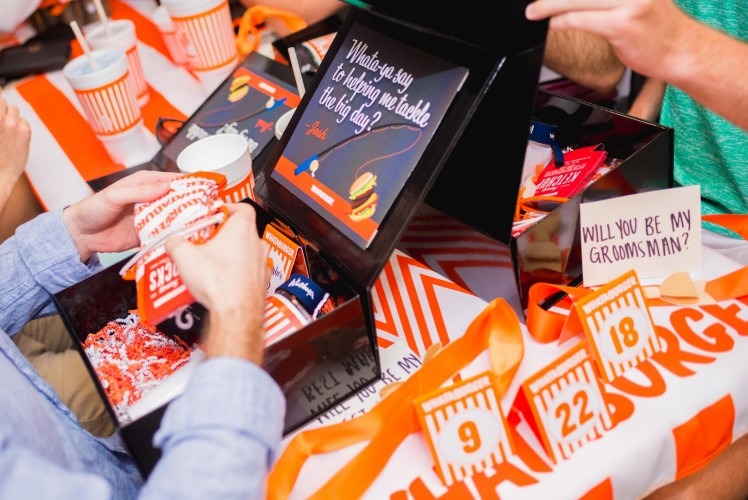 “We’ll be using these Yetis for the bachelor party. And it’s going to be awesome,” says Berkay Basagaoglu, who will be best man at the Sept. 22 event. 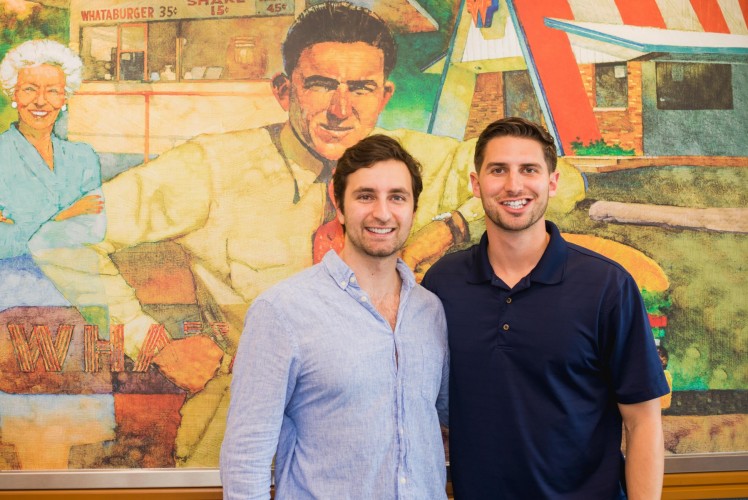 After “the ask” – and some reminiscing between the guys about college pranks involving turtle races, oversized donut pillows, and mosquito-ridden weekend jaunts – the Whataburger team brought out their real breakfast orders and let the friends dive in. 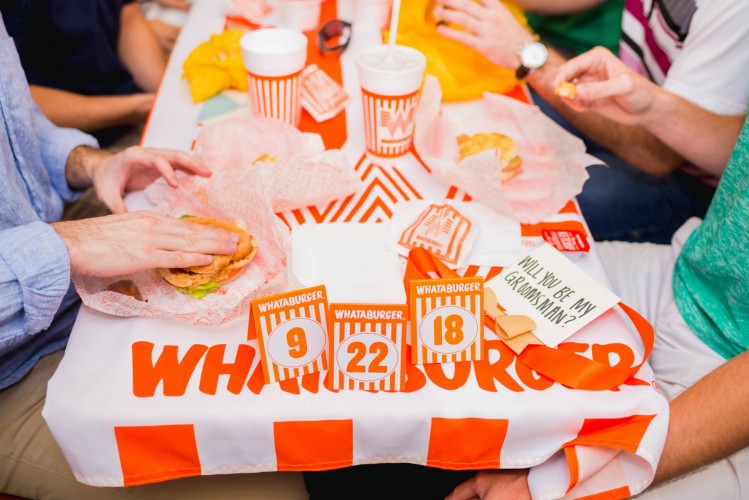 Life after college is a little more complicated … Josh works in San Antonio, his best man is in med school in Houston, and other friends are scattered around the state. But they stay in touch via Snapchat and, sometimes, “obsessively calling until they pick up,” says groomsman Devin Haley. 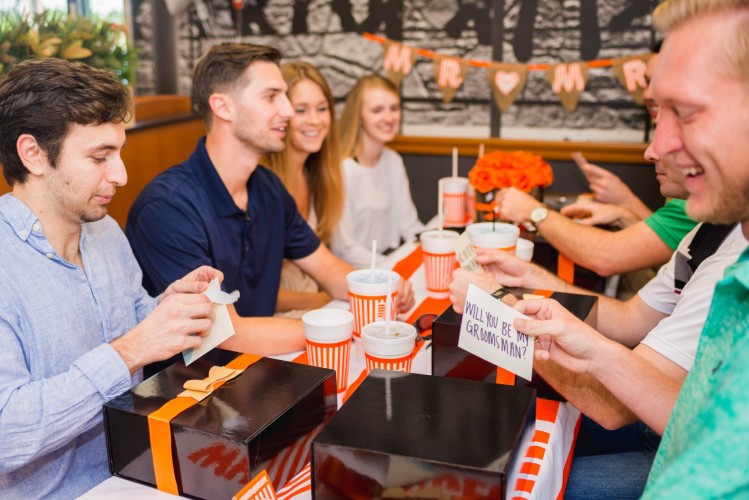 “These guys keep me accountable,” Josh says. “And on the flip side, they’re fun and caring – and if there is anything I need in my life, they’re always there for me.” 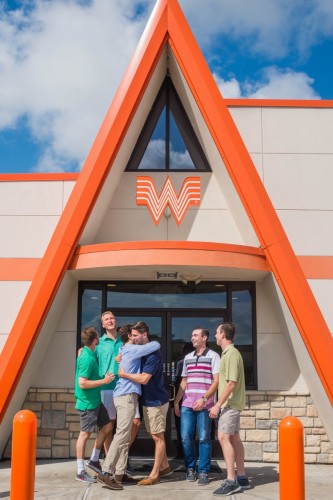