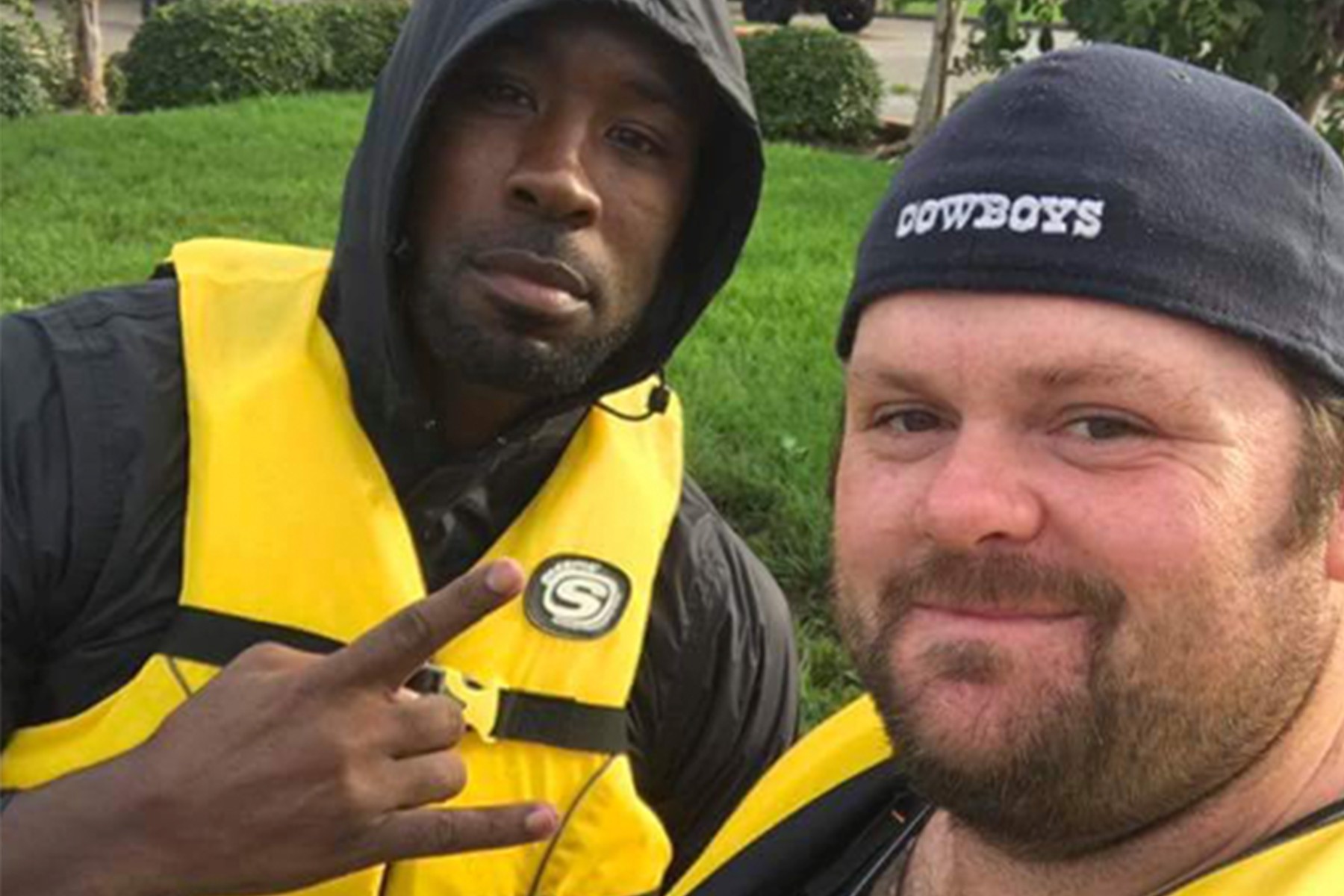 Texas singer-songwriter James Lann doesn’t know how many people he rescued from flooded homes in Houston and Southeast Texas.

And, for him, it’s not about numbers.

Lann, 39, lives about 200 miles northwest of Houston, in Blooming Grove, Texas. He spent four days ferrying people to dry land from homes swallowed by Hurricane Harvey floodwaters. Despite the physical and emotional demands of the days, Lann talked fast when he pulled off the road on his way home to share his story.

“I’m flying on Red Bull,” he says. “The adrenaline left a while back.” 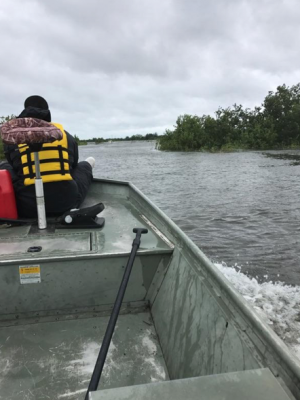 With a borrowed boat in tow and a social media army behind him, Lann plowed through headlight-deep water in his Dodge pickup truck and arrived in Dickinson Sunday night and went to work.

Elderly people in wheelchairs were neck-deep in water as Lann and other rescuers in the neighborhood helped them to safety. National Guard trucks plied the streets looking for people on rooftops.

“These poor elderly people couldn’t even get outside to put something on their door much less get on the roof,” he says.

On Tuesday in Hardin, Lann helped a family with a baby that had been without formula for a couple of days. “We went and got food and baby stuff,” he says.

“First thing Wednesday, I got a call that Port Arthur was hit bad. I started hauling butt,” he says.

In Port Arthur, Lann teamed with a new friend, Beaumont boxer Quantis Graves, who was with a group of men looking for people who needed help.

Like other rescuers, they responded to social media pleas for help that poured in from concerned relatives all over the country. Lann posted his mobile phone number and urged his followers to use the Zello walkie talkie app to communicate with rescuers.

“We spent 10 to 12 hours on that boat saving people in Port Arthur,” Lann says.

On his Facebook page, Graves posted about meeting Lann and working with him.

“We were a unit, we came together as one team to complete a mission that was sent from God regardless of skin color. He and I saved people of all colors. I am honored to have met such an incredible person who would drive from Dallas, TX to Port Arthur, TX to help everyone that needed it.”