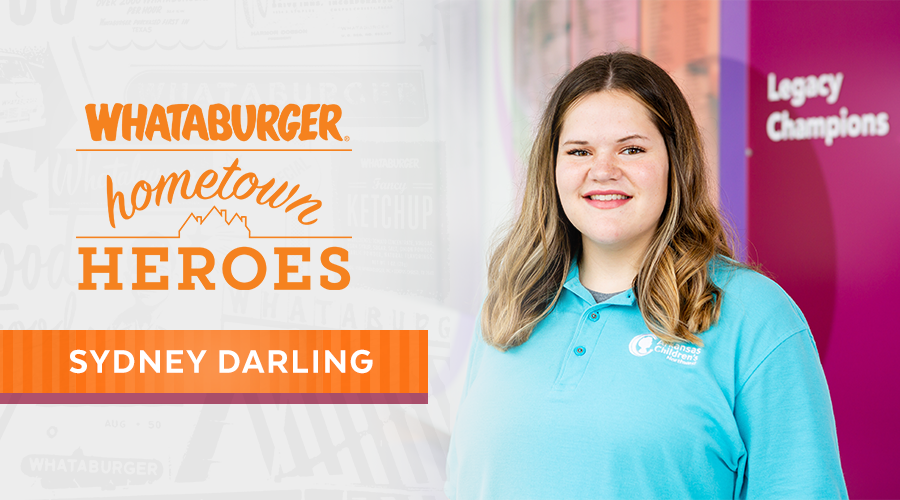 They helped her when she was a baby. Now, she’s paying it forward. 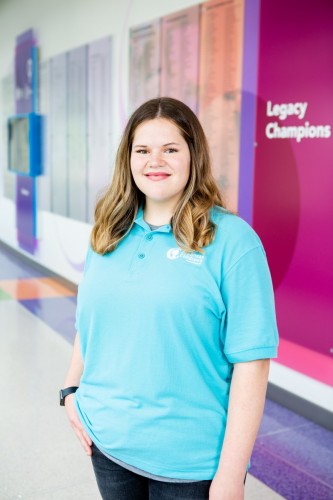 From her first breath, Sydney Darling had a medical team.

“I was born with two kidneys, but one had cysts,” she says.

The team at Arkansas Children’s Hospital diagnosed and treated her “when no one else knew what was wrong with me,” she says.

Now 20, Darling lives a normal life thanks, in part, to those dedicated doctors. So, the Bentonville native and University of Arkansas student is helping children as she works toward becoming a pediatrician herself.

Her treatment took place at Arkansas Children’s in Little Rock. When its regional pediatric hospital, Arkansas Children’s Northwest, opened in 2018 in Springdale – about a 15-minute hop from Darling’s campus in Fayetteville – she became a volunteer.

Every Sunday afternoon, Darling’s there helping patients and their families. Sometimes, she helps kids express themselves with paint or Play-Doh. Other times, she’s on clean-up duty: sanitizing toys as she puts them away.

Even when Darling isn’t volunteering at the hospital, she still dedicates much of her time to making patients’ lives better. As president of Arkansas Dance Marathon, the sophomore helped raise $50,000 for Arkansas Children’s Northwest.

“There are things I’ve realized that people need that I never would have thought of,” she says. “Like gas cards, for example. Some families can’t even pay for the gas to go home.”

Sometimes, the needs of the families are more than Darling can handle. Luckily, she’s surrounded by an amazing team of nurses, staff and doctors who make a huge impact on little lives.

“It’s really sad seeing families dealing with hardships like cancer,” she says. “It’s hard to imagine what they’re going through, but it’s nice to know that they’re getting good care. And now that Arkansas Children’s Northwest is open, they don’t have to drive hours to get good care.”

They helped her when she was a baby. Now, she’s paying it forward.
Download Media Assets