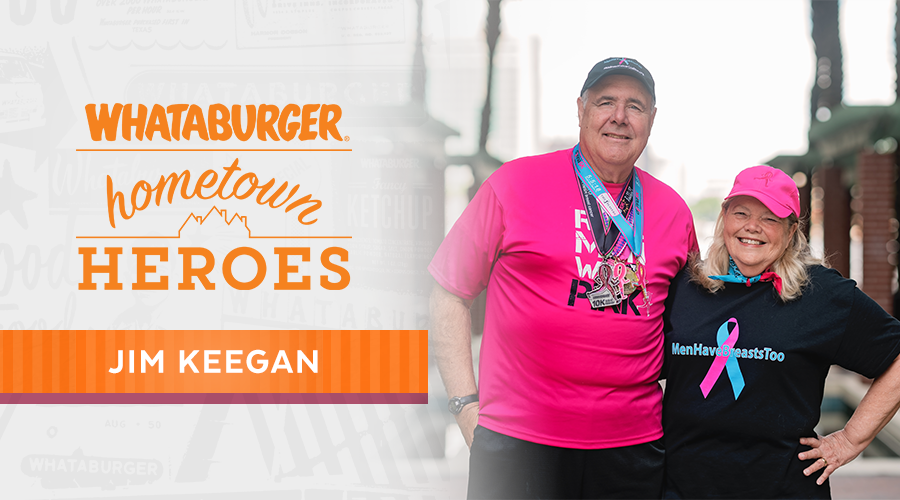 A lot of men laugh when Jim Keegan tells them he had breast cancer. He tells them it’s no joke.

Breast cancer affects one in 833 men, according to the American Cancer Society. And while the odds are far greater for women to have the disease, men should take heed. 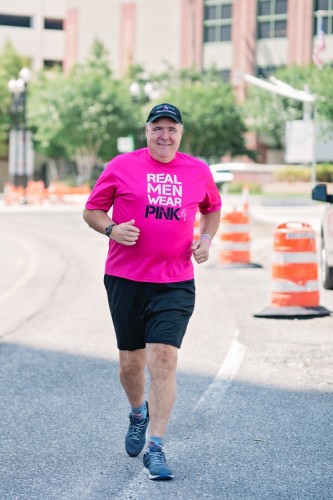 In 2013, Keegan’s wife discovered a hard lump in his left breast that felt like a pea. Within weeks , he’d undergone a mastectomy. After a few months, he had reconstructive surgery and started a yearlong journey with chemotherapy.

“The diagnosis hit us like a ton of bricks,” he says. But he and his wife of almost 50 years didn’t let it knock them down.

Keegan’s become active in raising awareness about male breast cancer, telling men they are the best advocates for their health.

And don’t procrastinate. “The longer you wait, the worse it will get.”

Keegan dedicates time to nonprofit organizations such as The Donna Foundation, which helps provide debt relief to those affected with breast cancer.

Since 2006, The Donna Foundation has raised more than $5 million dollars and served more than 12,000 families in need through hosting a series of events such as the Donna Marathon and the Players Donna 5K.

“I did my first 5K run with the Donna Foundation five years ago, and my wife and I volunteer and run every race,” he says. “It gets a little bit addicting after the first one.”

For raising his voice and helping others, we salute Jim Keegan as a Whataburger Hometown Hero!