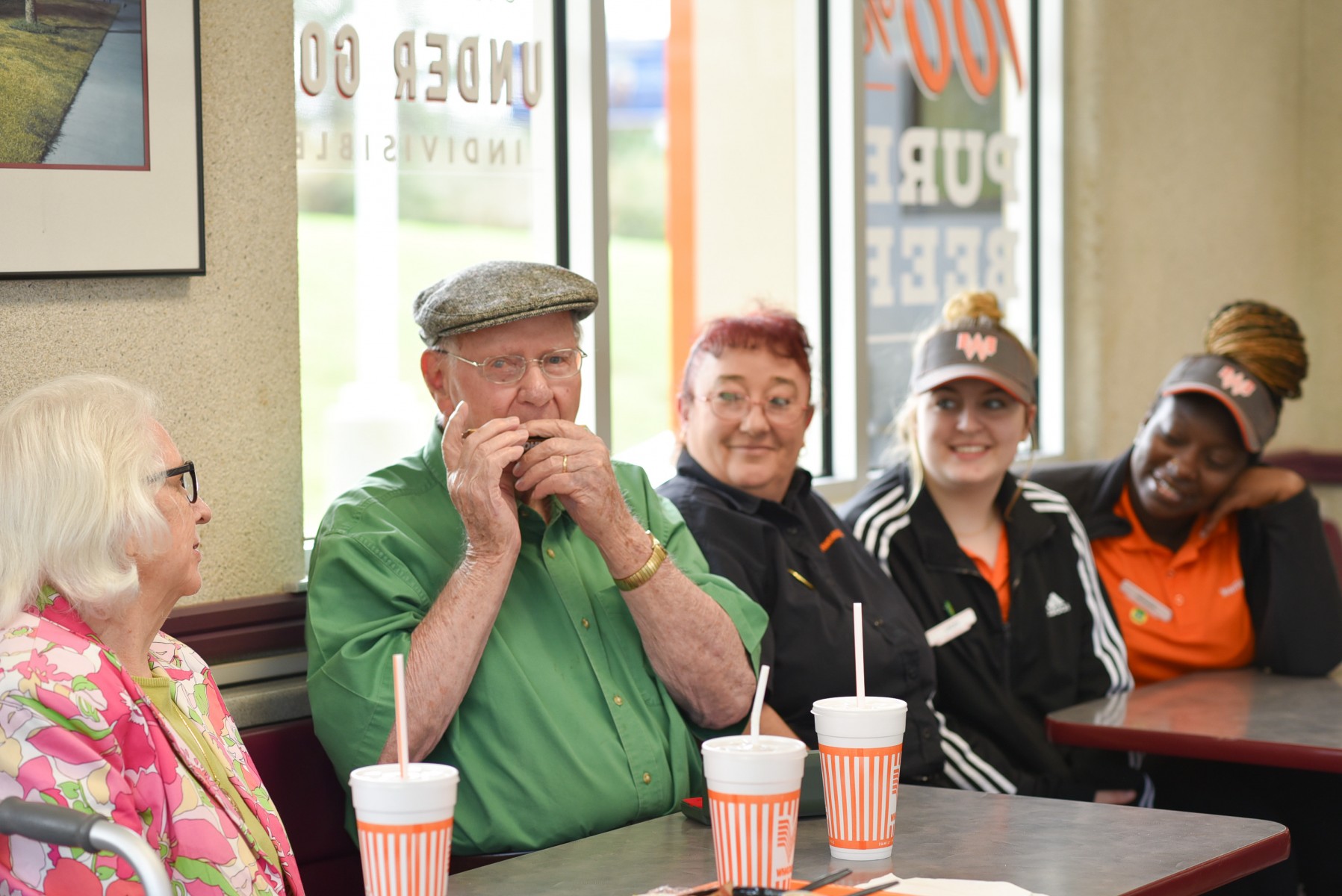 Guests come to this Alabama store for a meal – and music

Guests who stop in the Whataburger on Schillinger Rd. in Mobile, Alabama, know they might just get dinner and a show.

The mealtime entertainment? Ninety-year-old Aulden Sumrall, who comes in to play seasonal songs on his harmonica.

It’s a tradition he began 10 years ago – and it’s a favorite of local guests. 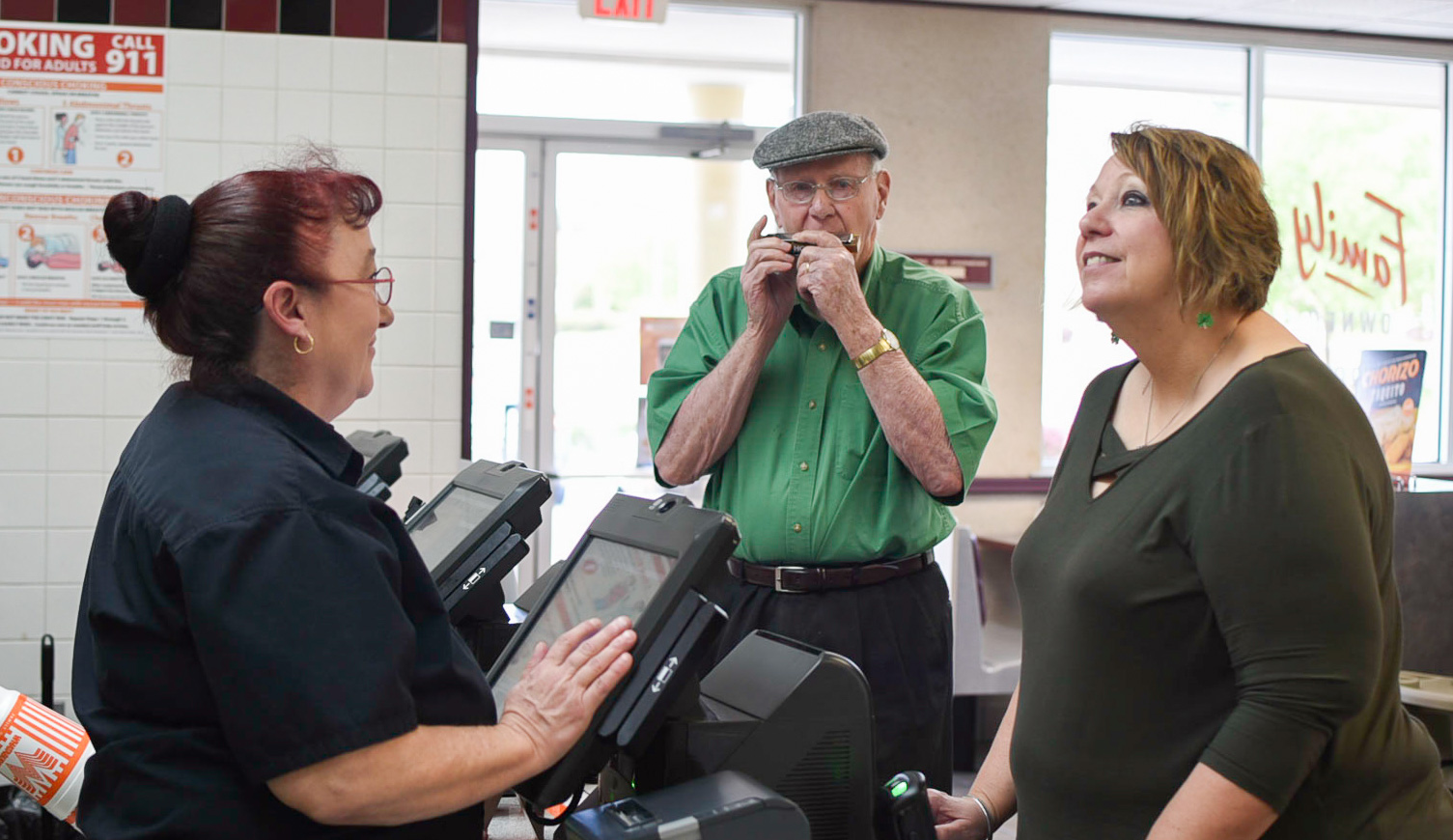 Sumrall’s concerts at Whataburger started with Christmas carols. His daughter-in-law, Denise, and son, Kenny, once owned the store as a franchise then, and he asked them about offering a serenade.

“Of course, we said yes,” Denise recalls. “It grew into a tradition.”

Now, Family Members and guests are excited to see Sumrall walk in with his harmonica and a photo of him from his days in the U.S. Air Force, says Robbie Fitzgerald, the store’s Area Manager.

After ordering, guests go straight to the table where Sumrall’s playing, singing along and applauding between numbers. 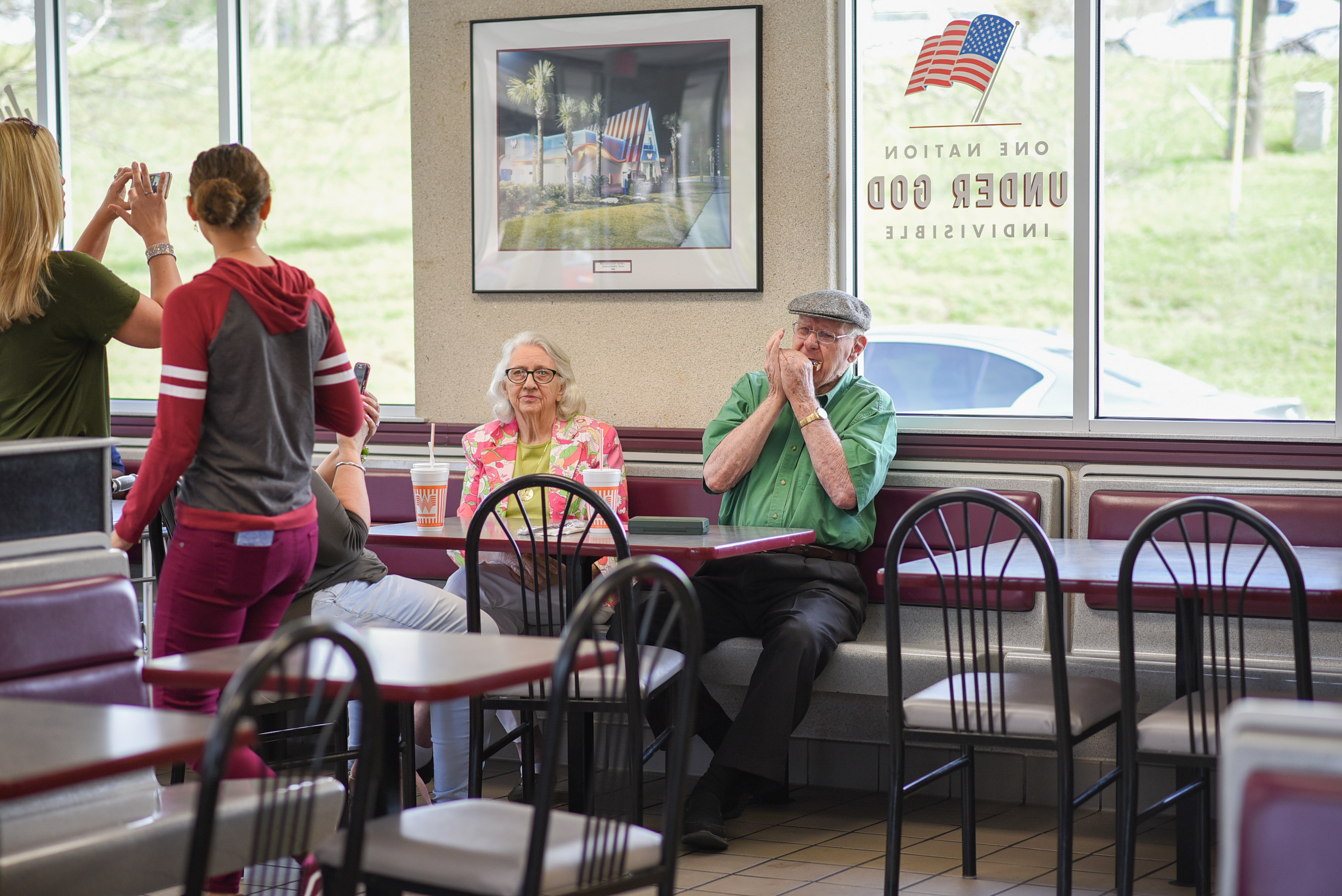 Sumrall got his first harmonica when he was 8 years old, and he’s been playing ever since. That’s 82 years of harmonica playing!

“Back in 1937, harmonicas were very inexpensive,” he says. His stepmother taught him to play, and he honed his skills when he joined the U.S. Air Force in 1947. Through the decades, he’s learned to read a few notes, but he still plays by ear.

“I can play hundreds of songs,” he says.

He compiles a playlist of about 10 tunes connected to each holiday. On July 4th, for example, guests sing along to “Grand Ol’ Flag” and other patriotic favorites. St. Paddy’s calls for “When Irish Eyes Are Smiling." 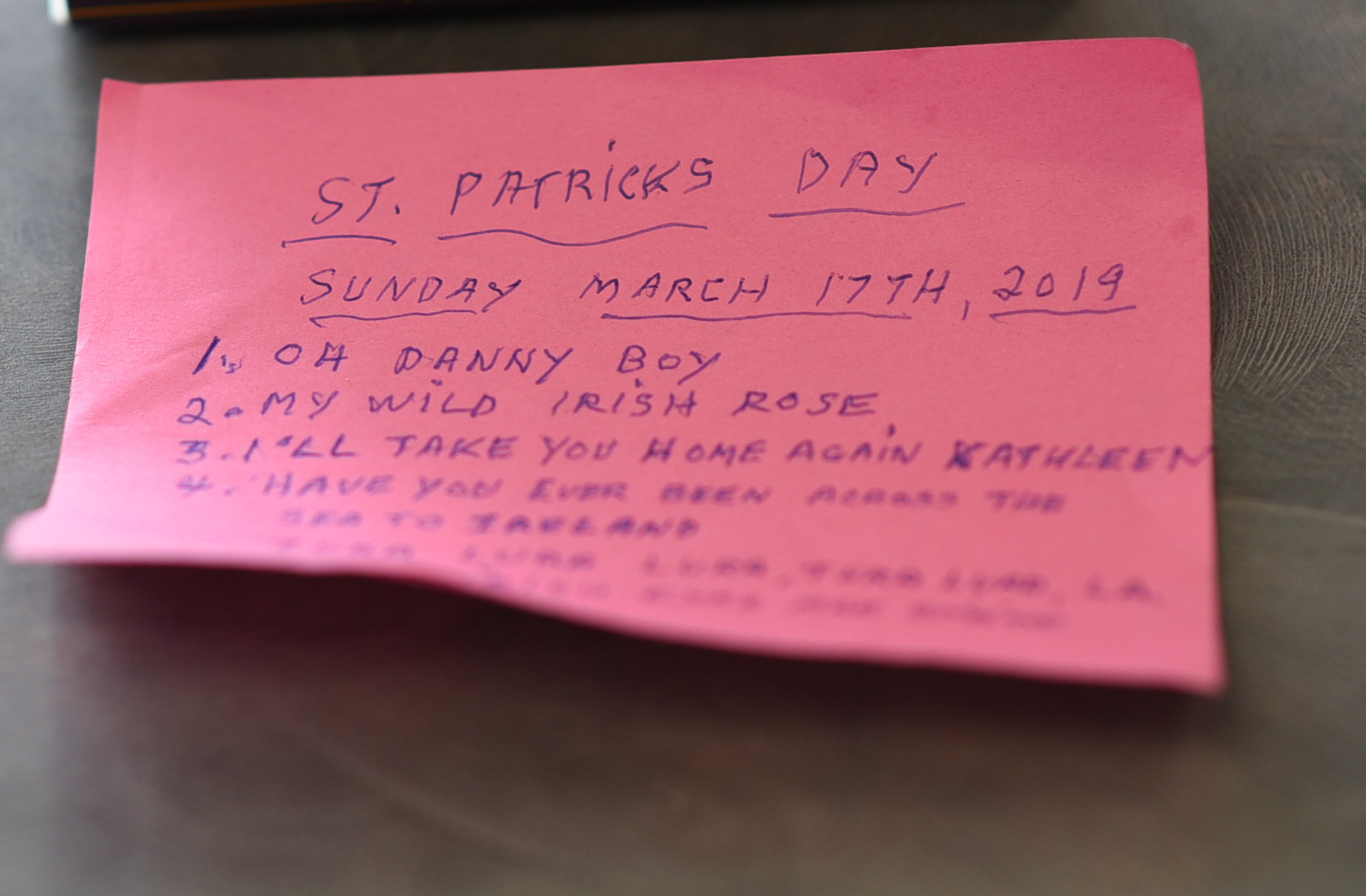 He’ll break from the set list to play children’s tunes when kids come in. “They love it,” Fitzgerald says.

When Sumrall’s not playing his harmonica at Whataburger, he might be there with Minnie, his wife of 62 years, enjoying a Patty Melt or a Whatacatch sandwich. 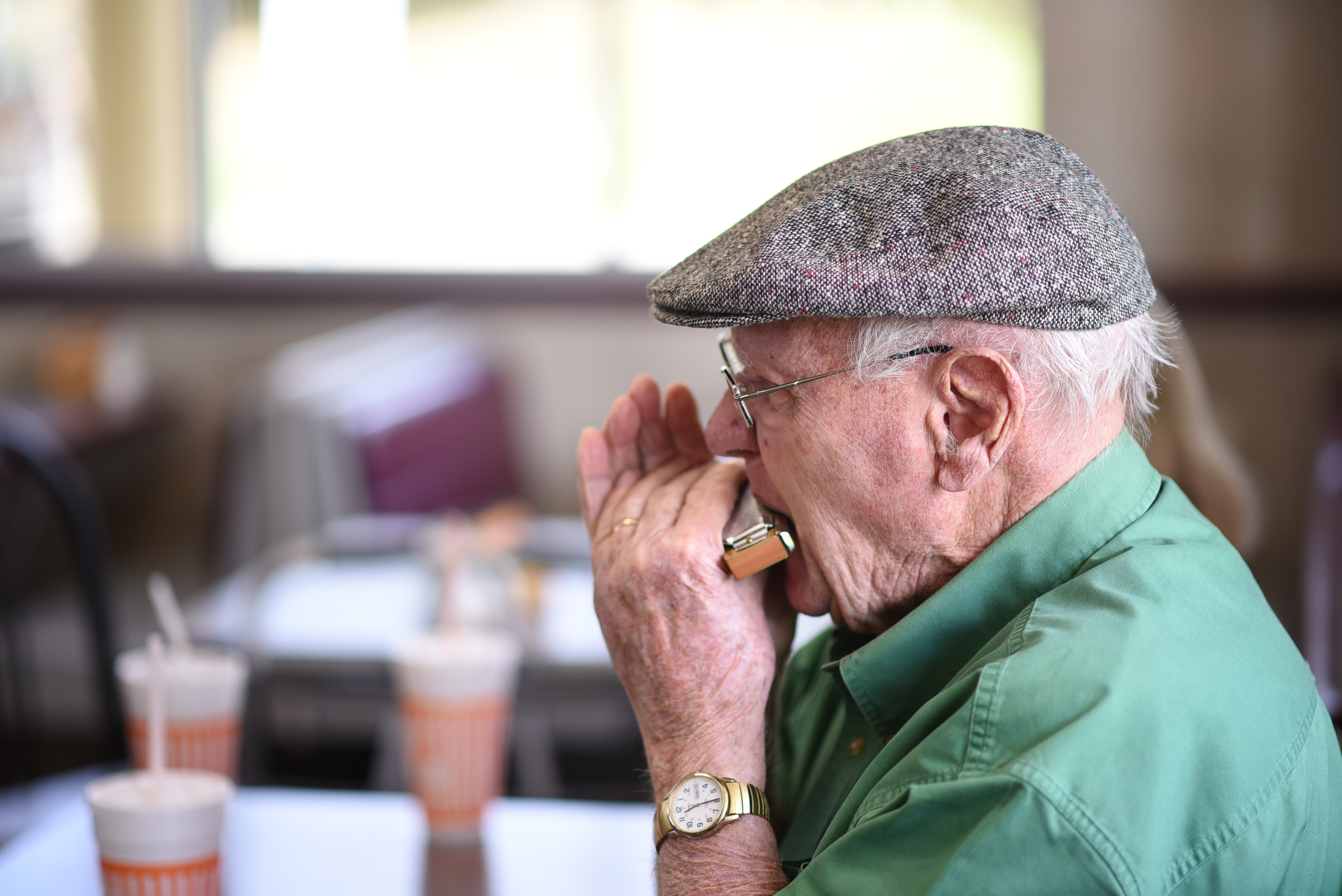