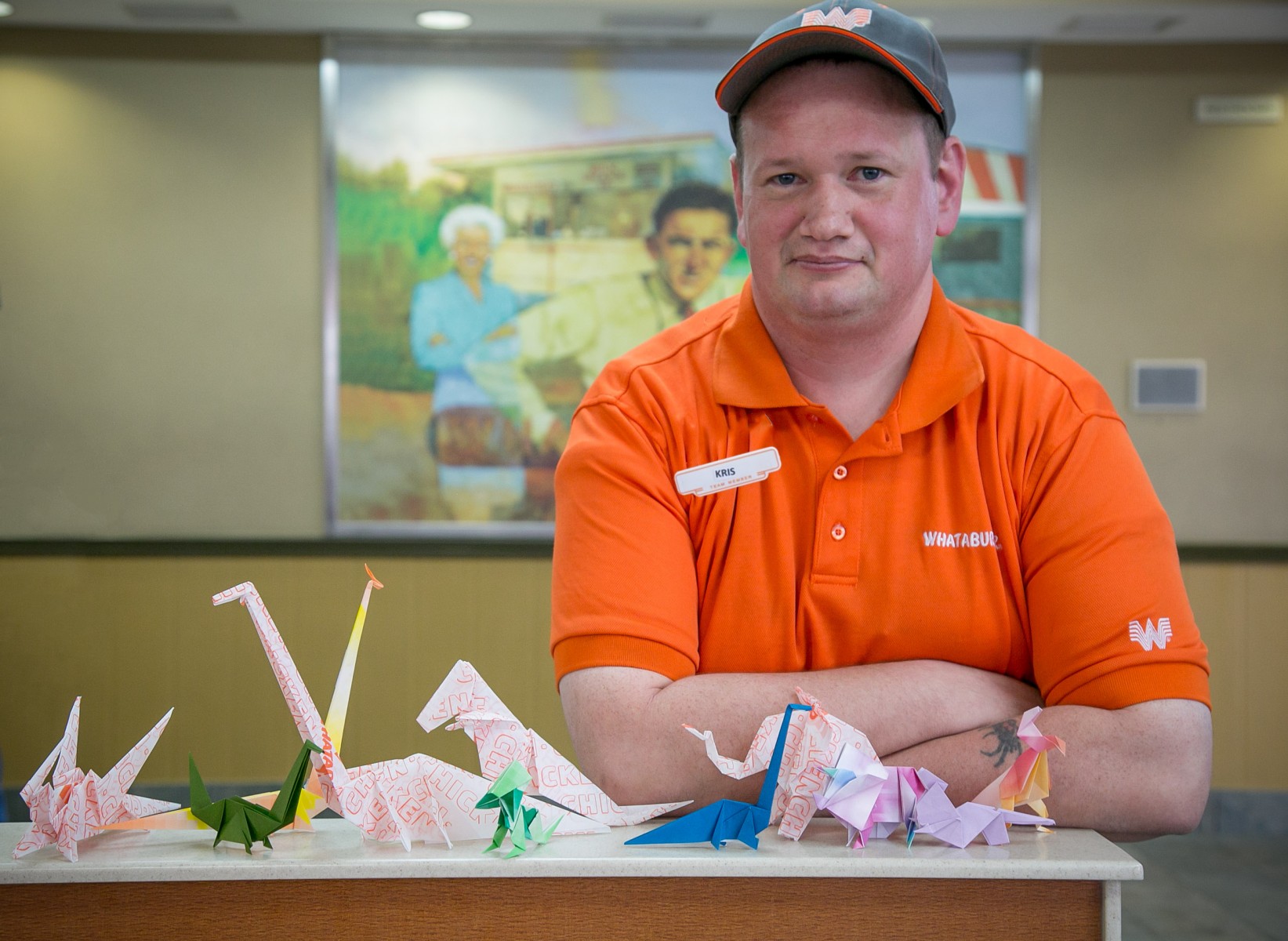 Kris Gellhause has worked at the Whataburger in New Braunfels, Texas, since it opened seven years ago.

And in that time, he’s made a lot of friends.

But mostly because his favorite thing to do is come in 2 or 3 hours early every day to sit in the dining room and make origami animals for anyone who happens to be there.

Sometimes it’s for the young. “Kids get really excited,” he says. “They like to play with them, and sometimes they want to learn how. I try to get them started.” 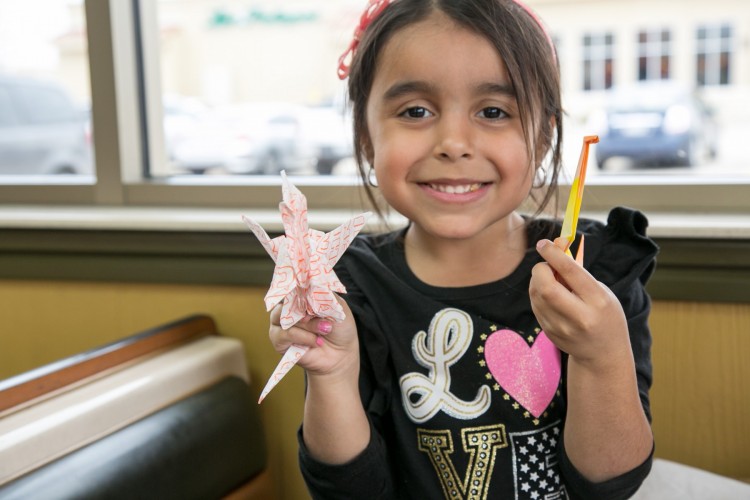 Other times, it’s for the young at heart. “I think people like it because it’s not what they expect,” he says. “Who thinks someone is going to walk up to you while you’re eating your burger and drop an elephant on your table? I like to surprise people.”

Buddy Vargas and his family are some of the regulars who come in for their favorite meals -- and a chance to see Kris in action. "We love it," Vargas says. "It really makes the kids feel special." 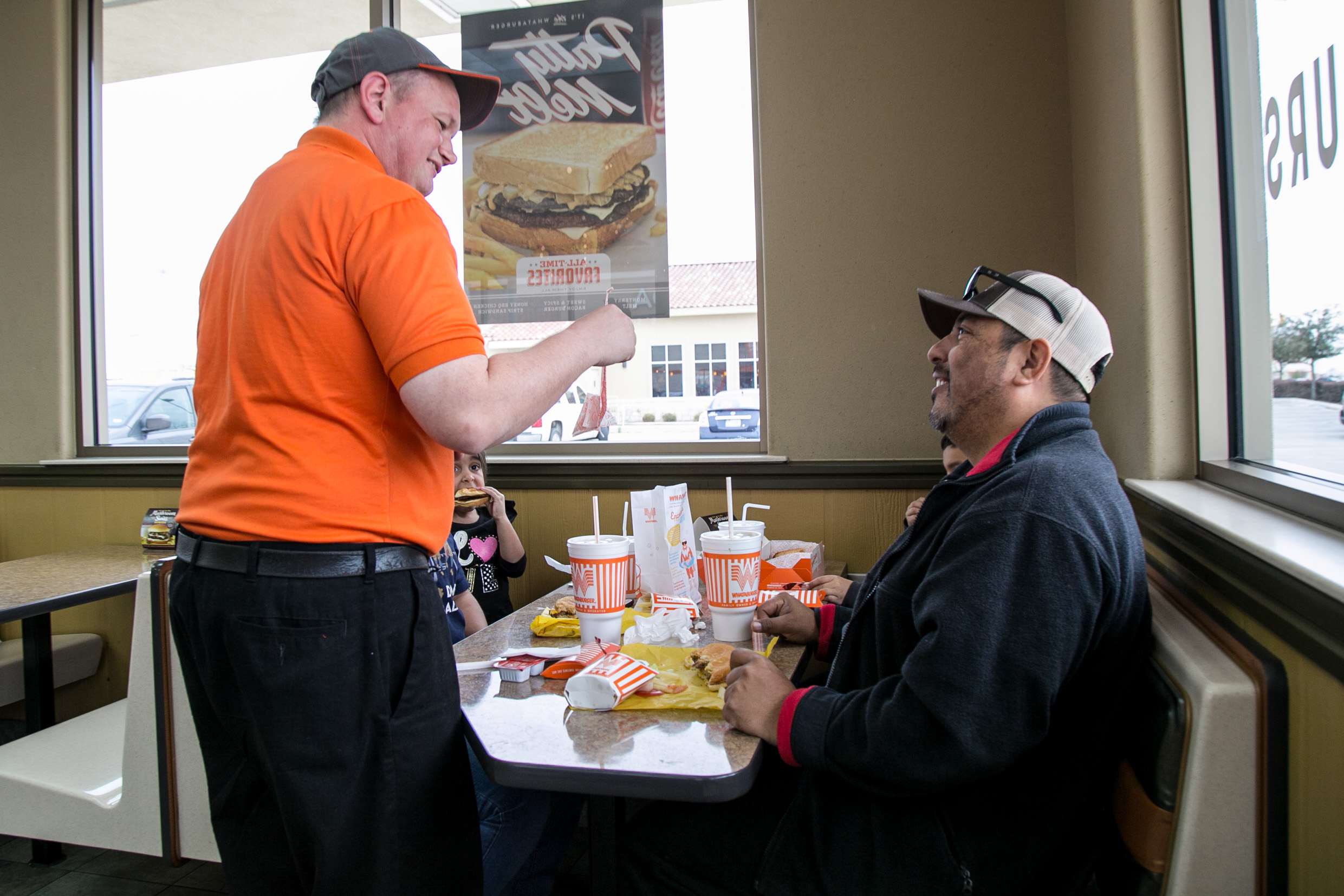 Kris started making origami creations when he was in middle school. “A friend of mine got me interested, and then I got a book and started to learn,” he says. He quit for a few years, but now is creating constantly – both at home and at Whataburger, where he’s known for showing up hours before his shift to get in some folding time. 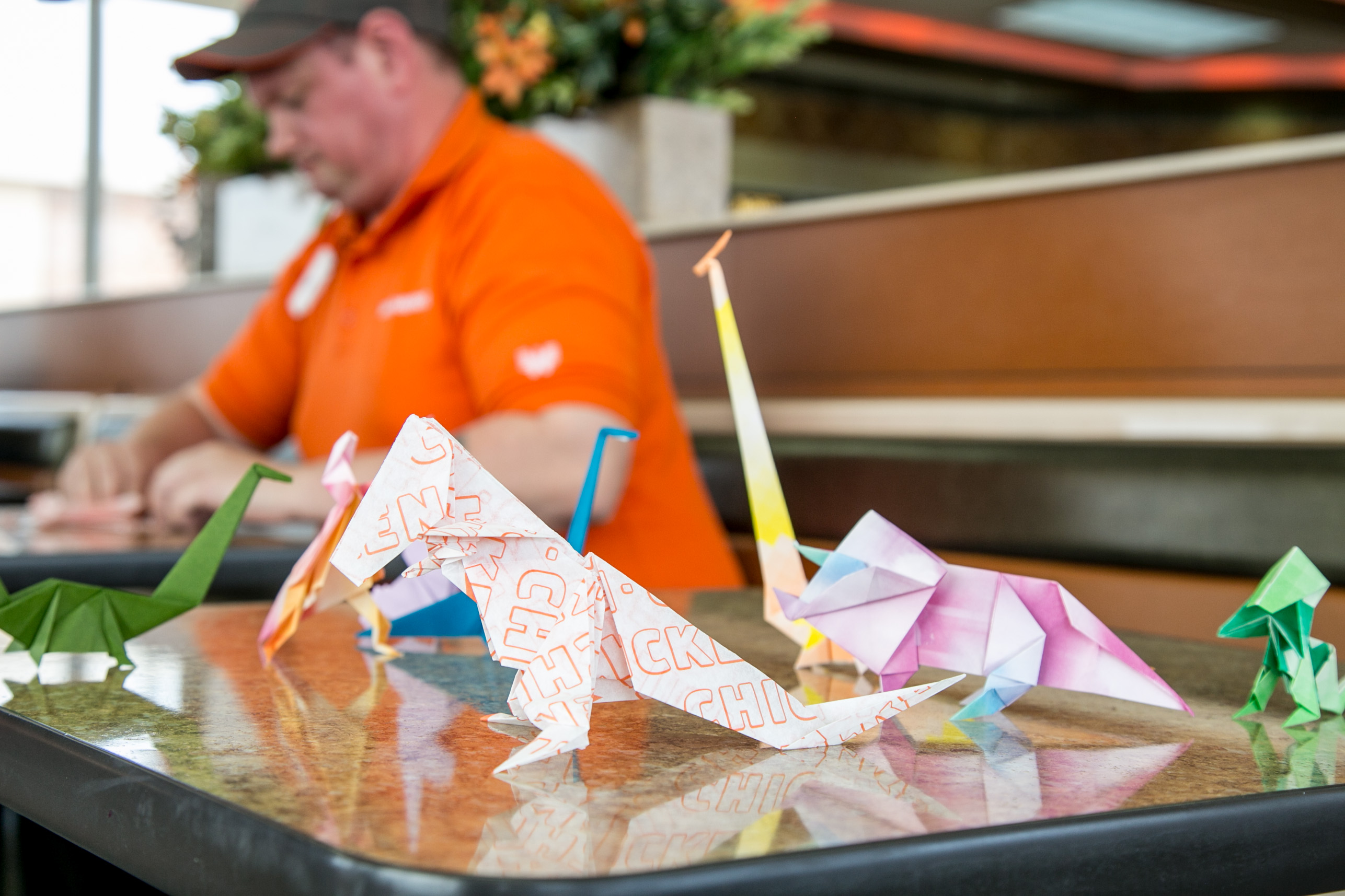 One month, he went through 800 sheets of paper.

One Christmas, his dad bought him 3,000 pieces of paper. Six weeks later, he’d already put a serious dent in it.

He’s made penguins, unicorns, dragons, and cranes. But his favorite is still the elephant, which was the first thing he ever made. 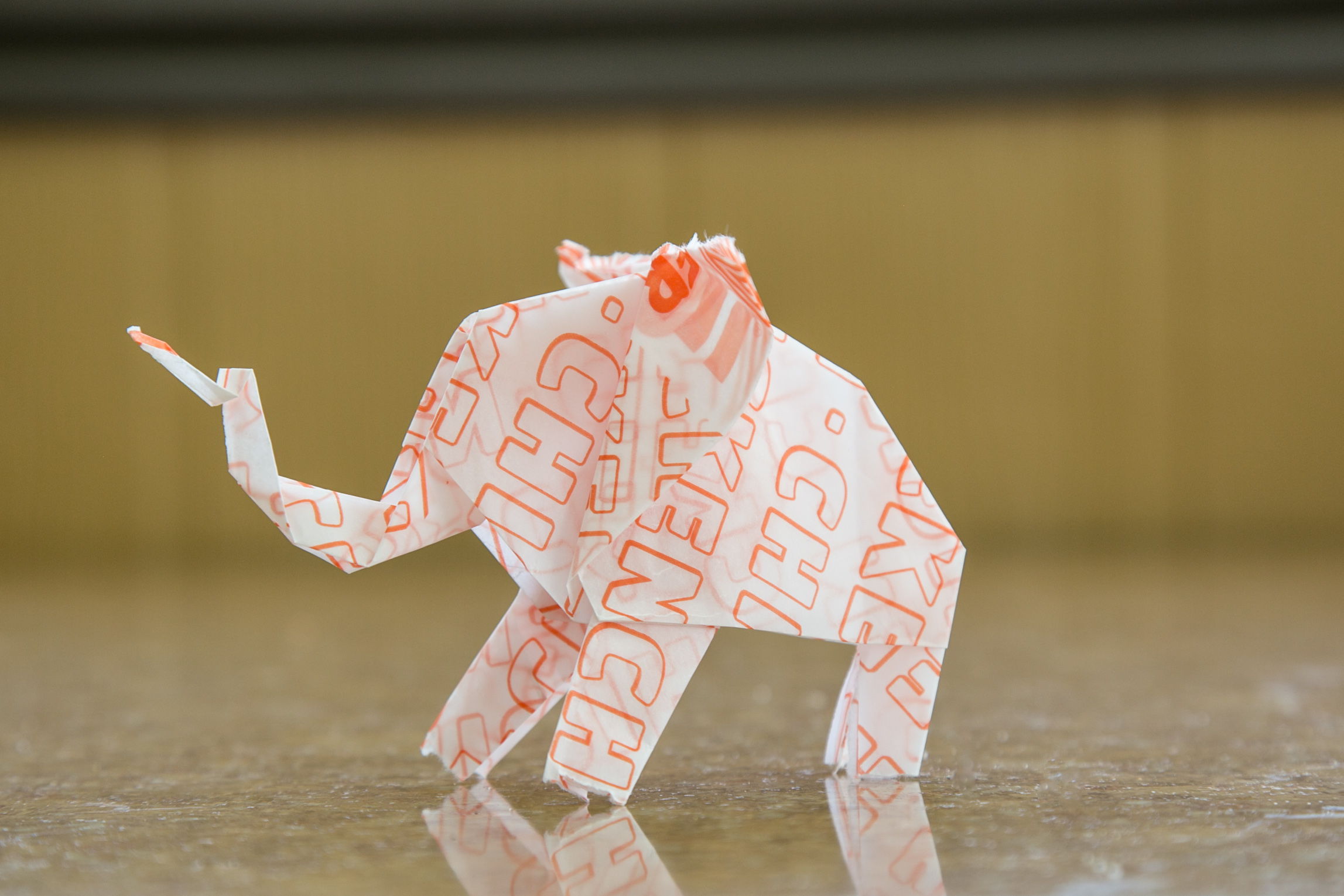 And all kinds of dinosaurs! 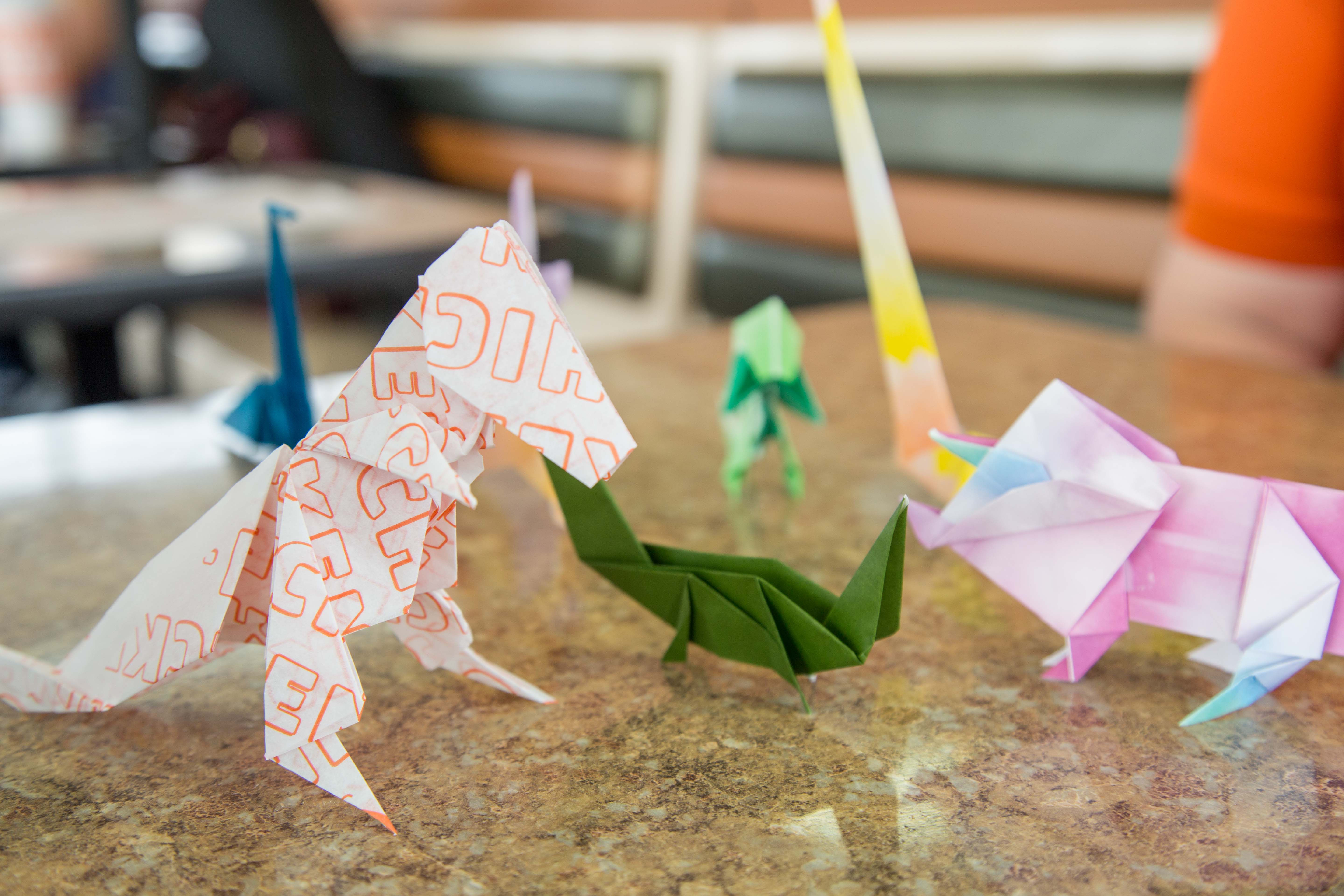 While he loves all colors and textures of paper, he specializes in making his designs out of Whataburger food wrappers. “It’s sturdy,” he says.

All of his experience has made him a pretty fast folder. That, coupled with the precision of his work and his ability to memorize each of the complex steps, means he creates about 25 unique pieces of art each hour. 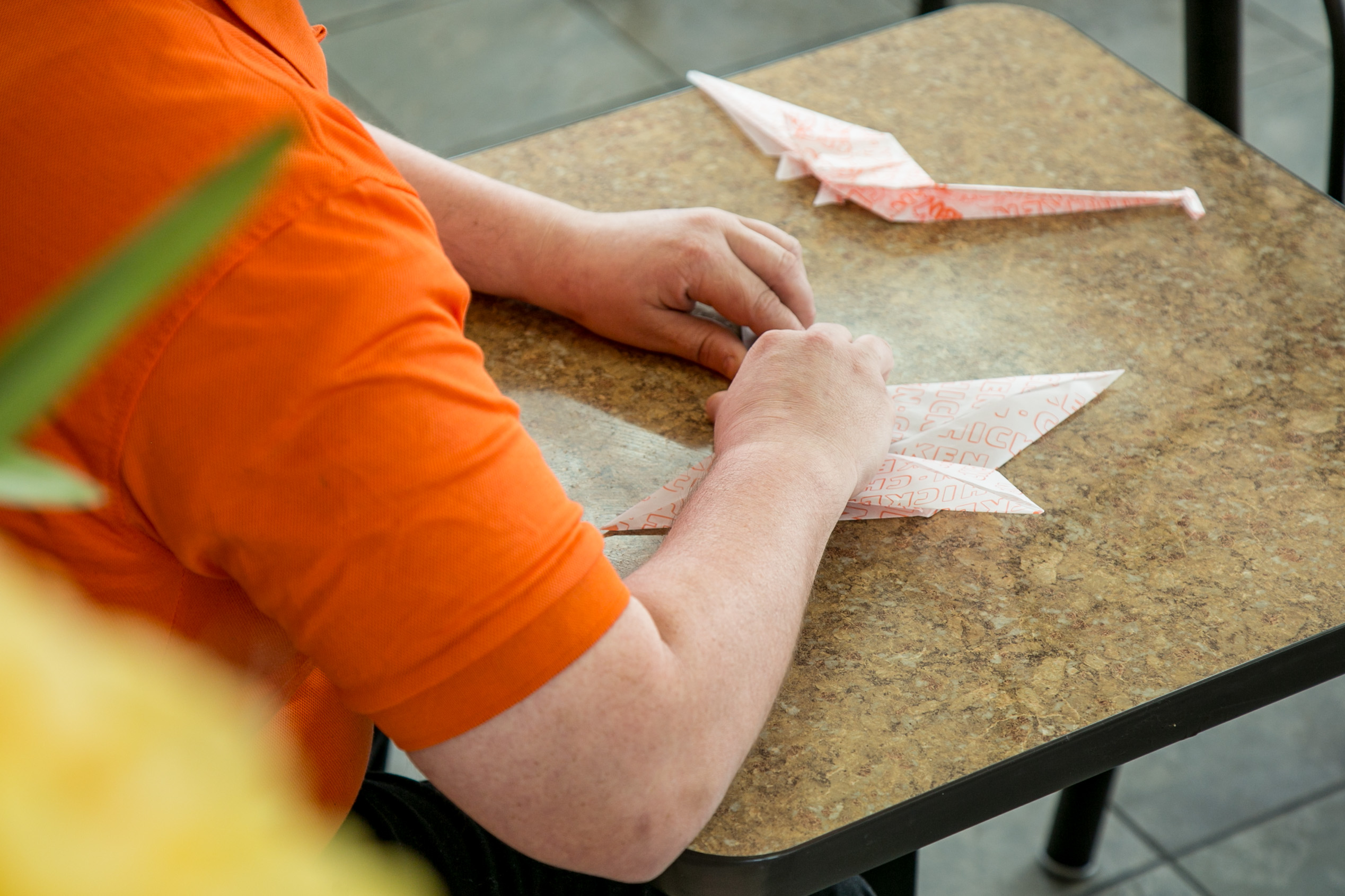 Origami helps him focus, he says. “It keeps my mind quiet,” he says. “I put my headphones in, crank the heavy metal, and I can just get away from it all. And once I start, I can’t stop.” 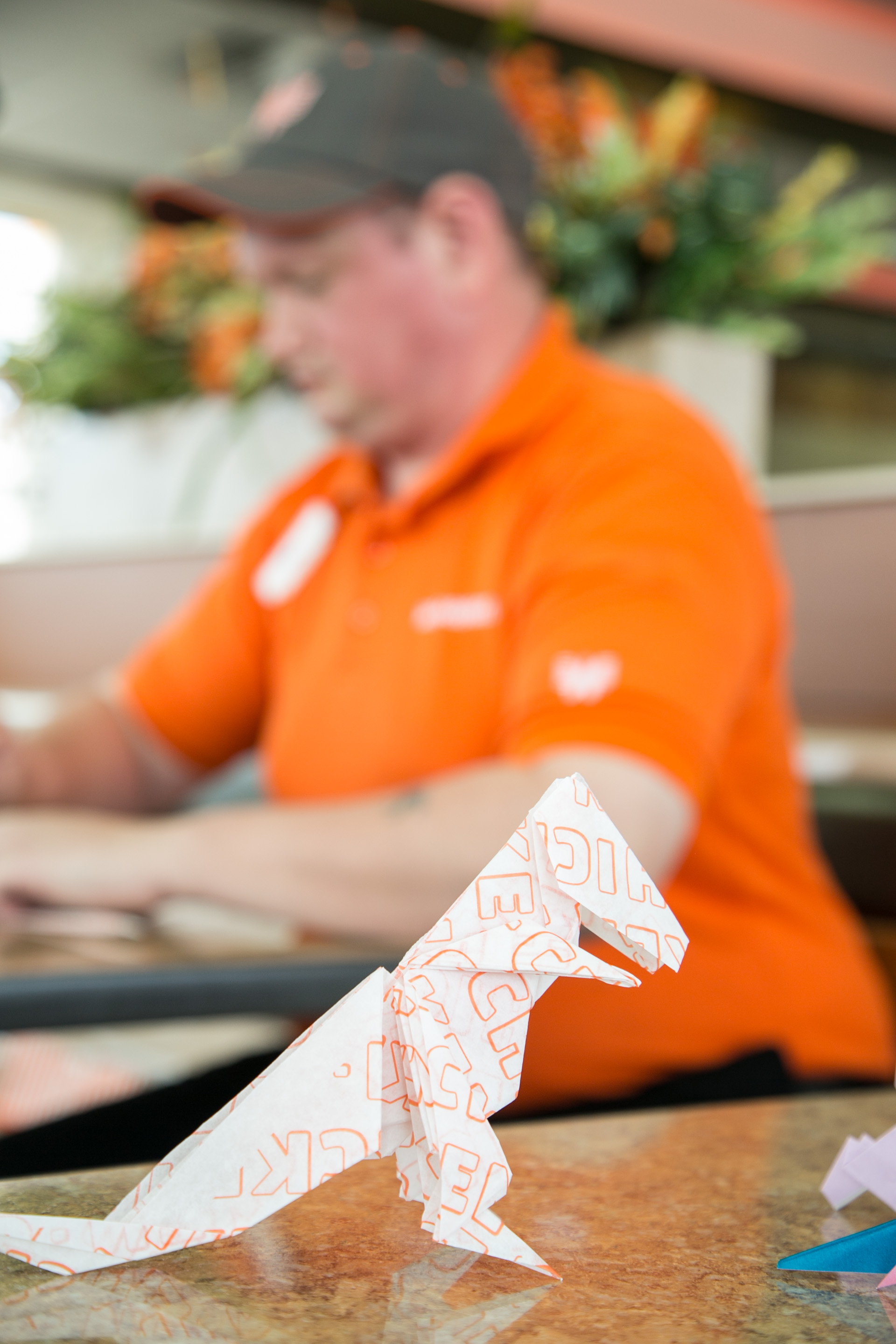 His #1 goal? Make guests smile. “I like it when I can surprise people,” he says. “It’s awesome. It’s very awesome.” 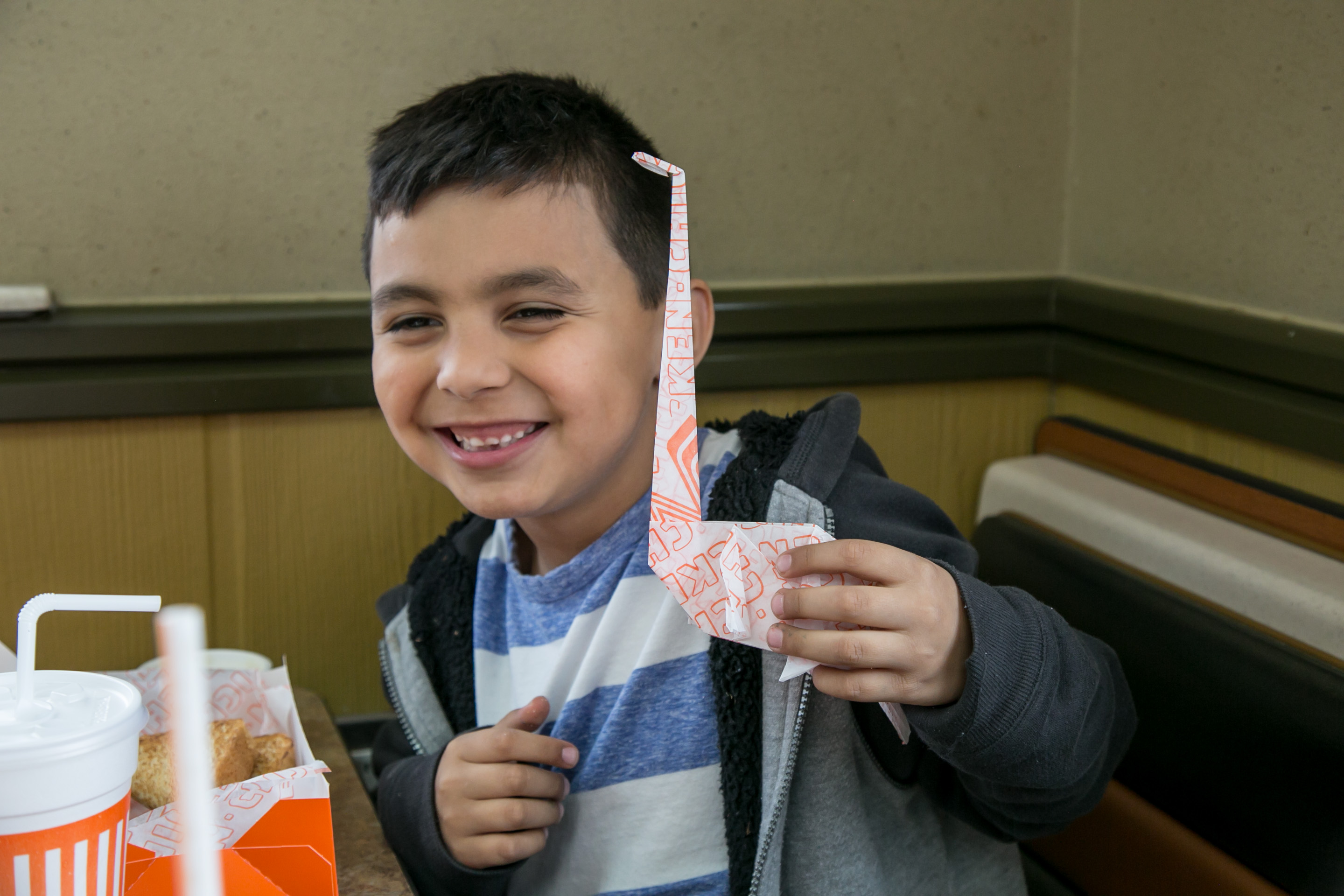 At Whataburger, we’re all about celebrating each other, supporting the communities we serve, and living with Pride Care and Love. Check out these Family Member stories!
Read more