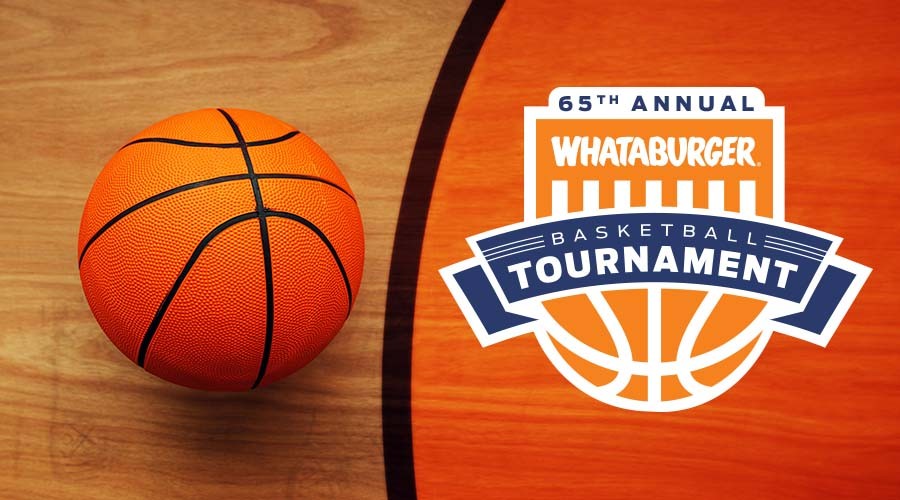 The Whataburger Basketball Tournament, recognized as one of the nation’s premier recruiting grounds for college scouts and coaches, returns to North Texas on Wednesday, Dec. 28, through Friday, Dec. 30.

Featuring many of the top teams in Texas and Oklahoma competing in three divisions: Orange, Boys Blue and Girls Blue, the highly anticipated tournament is set to take place at school gymnasiums across North Texas, with more than 20,000 spectators expected to attend.

The Orange Division will compete at Mansfield Legacy High School, a favorite court for participating teams and their fans. The 1,700-seat Chisholm Trail High School arena will host the Boys Blue Division, and the 2,200-seat Saginaw High School arena will host the Girls Blue Division. The winning team in each division will not only go home victorious, but will also earn a $1,000 scholarship from Championship Basketball, Inc. and the Whataburger Basketball Tournament.

“For our 65th annual tournament, we’re welcoming back fan favorite teams and looking forward to hosting some new schools this year,” said Tom Rogers, Whataburger Basketball Tournament Director. “Many of these school teams are nationally ranked, and it’s always exciting to see so much growing basketball talent right here in our region. We’re honored once again to provide a platform to showcase these young athletes.”

In its storied history, the Whataburger Basketball Tournament has provided a national spotlight for players to sharpen their skills and impress scouts, with some moving on to professional careers as players and coaches in the NBA. Tournament veterans include current NBA players Marcus Smart for the Boston Celtics and Myles Turner for the Indiana Pacers, as well as Sam Cassell, assistant coach for the Philadelphia 76ers.

“Whataburger is pleased to be supporting another basketball tournament, continuing our long tradition of helping student athletes so they can achieve their highest potential,” said Whataburger Senior Market Leader George Gonzalez. “It’s become a holiday tradition to watch new groups of players showcase their talents on the court for their fans and family, with some even embarking on exciting college basketball careers. It gives us great pride to continue to be involved with impactful student athletic events such as the Whataburger Basketball Tournament.”

Fans interested in witnessing history can purchase tickets at each of the tournament’s three venues:

For additional information including brackets, rankings and player statistics, visit WhataburgerTournament.com. Live updates on scores and game schedules will be posted throughout the tournament on Facebook.

Whataburger is the hometown hamburger place that hasn’t compromised. We serve bold flavors and original recipes made to order, just like you like it, and pride ourselves on extraordinary hospitality and meaningful connections in our communities. That’s what’s led fans to Whataburger since Harmon Dobson served our first customer in 1950. Headquartered in San Antonio, we’ve stayed close to our roots while building sales of more than $3 billion annually across our 14-state footprint and over 900 locations. Even with our exceptional menu, we know that people make the difference at Whataburger. That’s why we’re a 2022 Top Workplaces Culture Excellence award winner. Want to become part of our orange spirit? Apply to become a Family Member (what we call our employees) at whataburger.com/careers. Just hungry for a great meal? Download our app on ios or android to order ahead. Shop Whataburger branded merchandise and selected sauces including our famous Fancy and Spicy Ketchup at WhataStore.com and find Whataburger original-recipe products in grocery stores. See our press kit for a list of locations, fun facts, milestones and other company information.