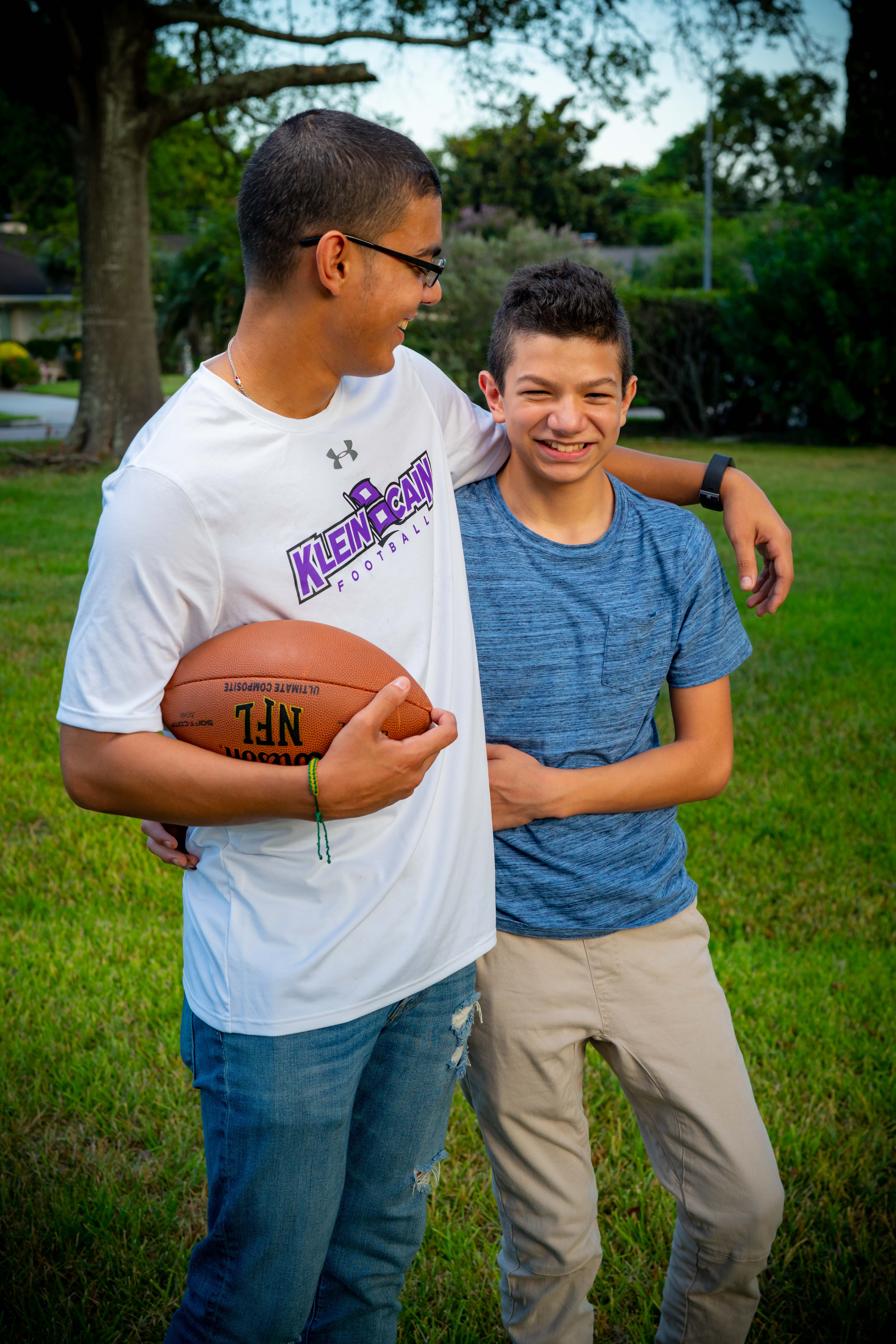 As he fought for his life earlier this year, the 17-year-old focused on three things: Family. Faith. And Football.

His goal? Beat leukemia so he could suit up for his senior year on the football team at Klein Cain High School.

With the help of his friends and family – plus a few Whataburger Patty Melts – he did just that.

A passion for football

Diagnosed with leukemia for the first time at 15, Munoz has now beaten the disease twice.

After his first diagnosis in 2015, Munoz celebrated being cancer free after undergoing chemotherapy treatments. He played football his junior year, only to learn at the end of the season that the leukemia was back – and that he needed a bone marrow transplant.

Munoz’s little brother, Christian, was a match. And the family held tight to one another as both boys went in for surgery.

It was successful. Now recovered from the bone marrow transplant, Jacob is again cancer free.

And he’s back on the football field.

“Football got him through fighting cancer,” says Luke Pardee, one of the teammates who visited Munoz and brought him Whataburger Patty Melts while he was in the hospital.

“I just kept believing,” Munoz says. “I knew I could get back out there, and I was ready to play.”