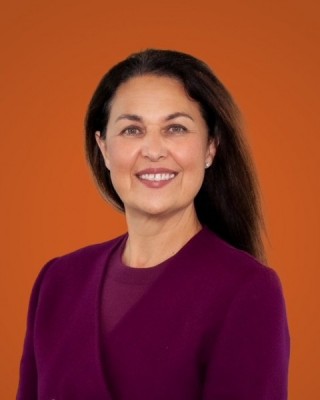 March 14, 2022 – Whataburger has hired Elena Kraus as its new Executive Vice President and Chief Legal Officer. Kraus is a seasoned executive with more than 30 years of in-house legal experience at Walgreens Boots Alliance, the parent company of Walgreen Co. and the nation’s second largest retail pharmacy chain. For the past six years, Kraus served as Senior Vice President and General Counsel for Walgreens.

During her tenure at Walgreens, Kraus oversaw the strategy and delivery of legal services to the organization during a time of innovation and record expansion. She built and led the high performing Walgreens legal team, promoted key initiatives such as the Walgreens Legal Pro Bono program and mentored rising talent across the organization.

Whataburger’s current Executive Vice President and Chief Legal & Franchise Officer Michael Gibbs is retiring at the end of April 2022 and was heavily involved in the search for his successor. Gibbs, Whataburger’s first-ever in-house general counsel, has served the brand for 17 years. He plans to spend time with his family and engage in pro bono work.

“Elena is a legal powerhouse with deep knowledge of corporate law and decades of experience navigating a fast-growing retail giant,” Gibbs says. “Her expertise will be so valuable as Whataburger continues to grow and expand.”

Kraus earned her undergraduate degree at the University of Texas at Austin and her law degree from DePaul University College of Law in Chicago. She started her career in a Chicago law firm and joined Walgreens in mid-1991. Kraus will be relocating from Chicago to San Antonio to work in Whataburger’s home office. She and her husband, also an attorney, have three grown children.

“After emigrating to the United States from the Soviet Union, I lived in El Paso, Texas, where I graduated from high school before heading to college at UT Austin. Throughout these years, Whataburger was a community gathering place and a favorite destination,” Kraus says. “I’m excited to return to Texas and my friends here -- and to work for a company with a unique brand, a strong family culture and a clear business strategy.”

“Whataburger is a culture of growth, and Elena’s experience will help the brand reach new heights,” says Whataburger President and CEO Ed Nelson. “She puts an emphasis on providing practical legal advice to the business and on building relationships and developing people -- all of which are extremely important to our brand as we serve our 50,000+ Family Members and 60 million customers.”