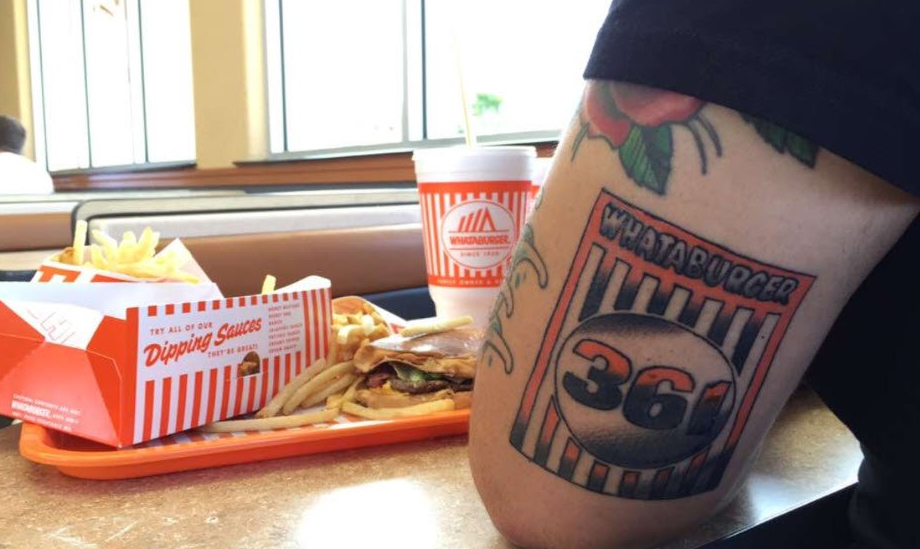 When Customers Wear Their Art on Their Sleeves

A Whataburger tattoo is the ultimate symbol of loyalty 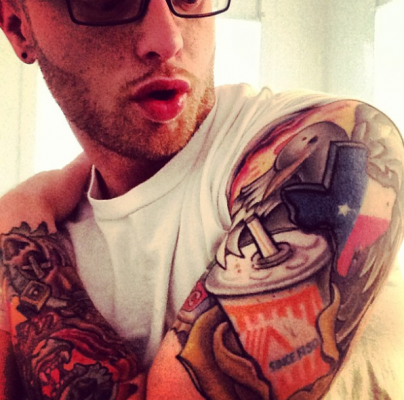 Ben Martin moved from Corpus Christi to Harrisburg, Penn., in 2011. He already had a tattoo of the state of Texas, but – feeling homesick – he decided to make a sleeve of images of his favorite things from home: yellow roses, bluebonnets and a breakfast taco.

That’s when he needed an expert.

“I had initially walked into another shop with my plans,” Martin said. “The gentleman at the counter referred me to an artist who had just moved there from San Antonio. When I met with (the artist) Anthony to propose my idea, he knew exactly what color orange I was looking for.”

Martin sat for three sessions to complete the work – and made a Lone Star State connection in the process.

“It was fun to talk to Anthony about both being from Texas,” he says.

Come and Take It 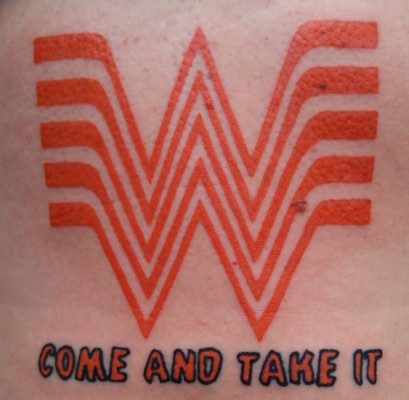 Amanda Brewer never felt quite at home growing up in Indiana. Her plan was to move to California, but after visiting the West Coast, she knew that wasn’t the right place, either.

Then, as she drove through Texas, fate – and a Whataburger Jr. with cheese – intervened.

“I immediately fell in love,” Brewer says. “The weather, the people, the music and the Whataburger. It’s all I ever need.”

In January, Brewer celebrated the 18th anniversary of her move to Austin with a tattoo to uniquely represent her chosen home – the orange Whataburger “W” on her abdomen, with the words “Come and Take It” as a side wink to Texas history.

“No one will ever take my Whataburger away,” Brewer says.

“I immediately fell in love. The weather, the people, the music and the Whataburger. It’s all I ever need.” 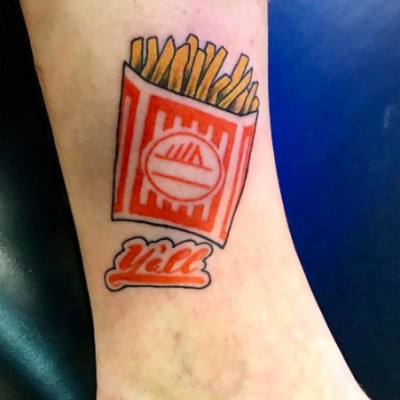 Whataburger is Jesse Scott’s first stop when he comes to Texas. The Seattle resident wanted to commemorate his trip to Austin in February. He was with some friends at Whataburger, “for the fourth time in as many days,” he said, when inspiration struck.

The next day, after a two-hour session, Scott and pals went – where else? – to Whataburger to celebrate.

“One of the ladies working noticed the wrap around my leg and asked what it was,” Scott said. When he revealed the tattoo of a Whataburger fries box with the word “y’all,” it brought down the house.

“I ended up showing everyone working,” he says. “They all thought it was hilarious.” 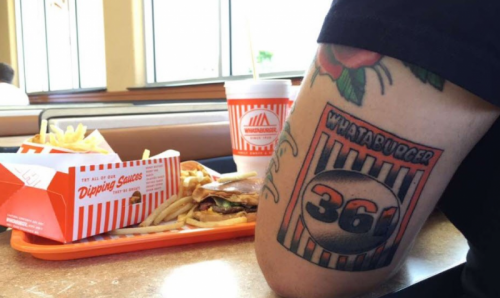 Blake Miller was born and raised in Whataburger’s backyard. That’s why the Aransas Pass, Texas, native chose “361” – the local area code – for the number on the Whataburger table tent tattoo he got last year.

“Whataburger is like a second home to me,” he says. “That’s where me and my friends have some of the greatest memories.”

Miller says people joke about how he should be sponsored by Whataburger – an idea he’s up for, especially if it helps his quest to revive his limited-time favorite.

“My go-to is the Chop House Cheddar Burger meal,” he says. “I beg them on Twitter every day to bring it back.”

It doesn’t stop him from eating everything else on the menu, though.

“Any other burger chain has nothing on Whataburger,” he says. “I have it tattooed on me for a reason.”

“Any other burger chain has nothing on Whataburger. I have it tattooed on me for a reason.”

These individuals show their love for Texas with @Whataburger tattoos.