When Leonardo Charles, a Desert Storm veteran from San Antonio, Texas, purchased his family home through the VA, he had a dream: the garage would become his very own man cave.

He set up a TV. He brought in a recliner. He hung up some mementoes.

But something was missing.

That’s when his family reached out to Whataburger, Charles’ favorite place to eat.

For Father’s Day, we decided to surprise this Hometown Hero with the Whatasized man cave he deserves. Check it out!

From drab to fab. Nothing makes a space feel like home like a Whataburger blanket and Fancy and Spicy Ketchup pillows. Cozy up your own man cave with a few things to remind you of your hometown Whataburger. 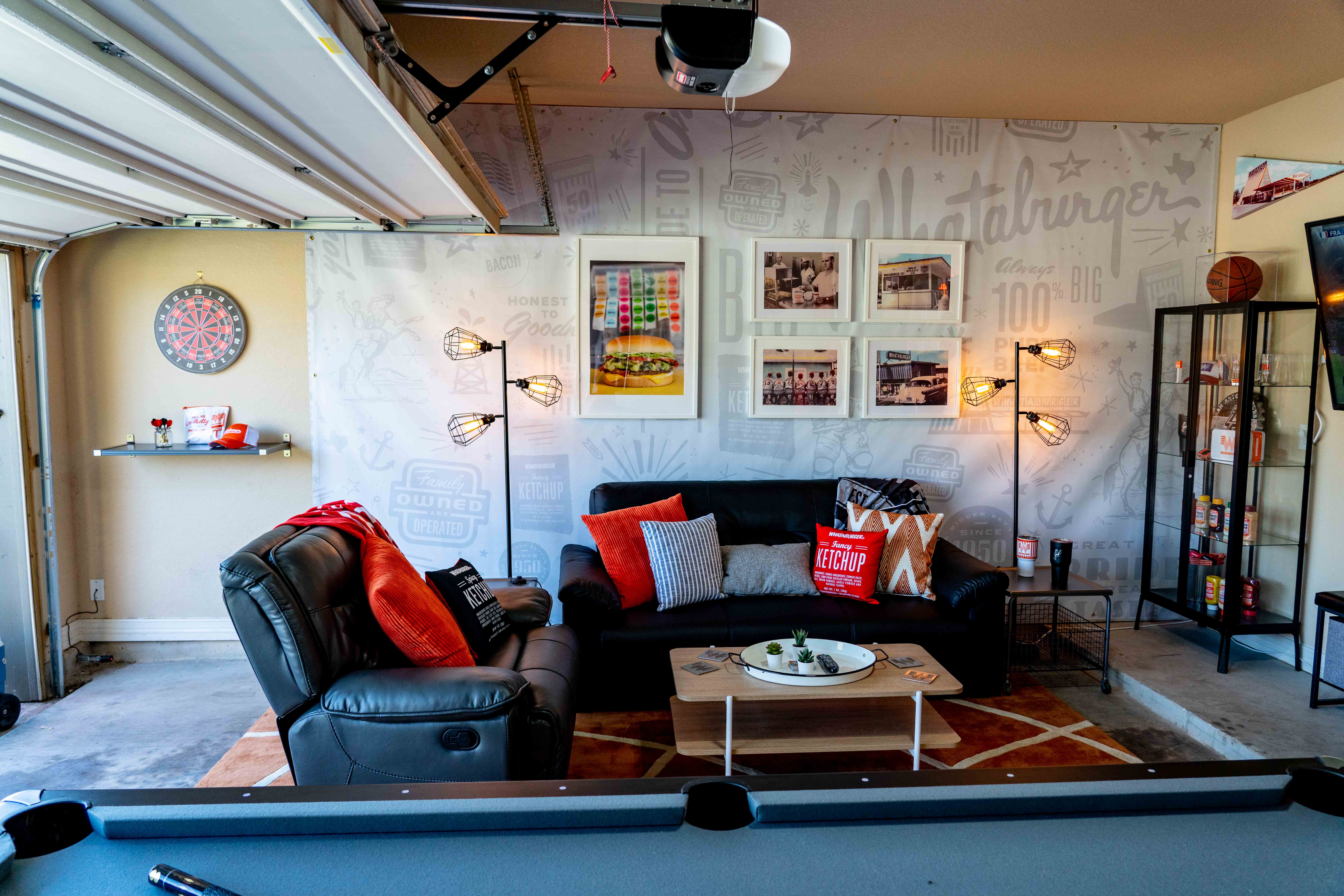 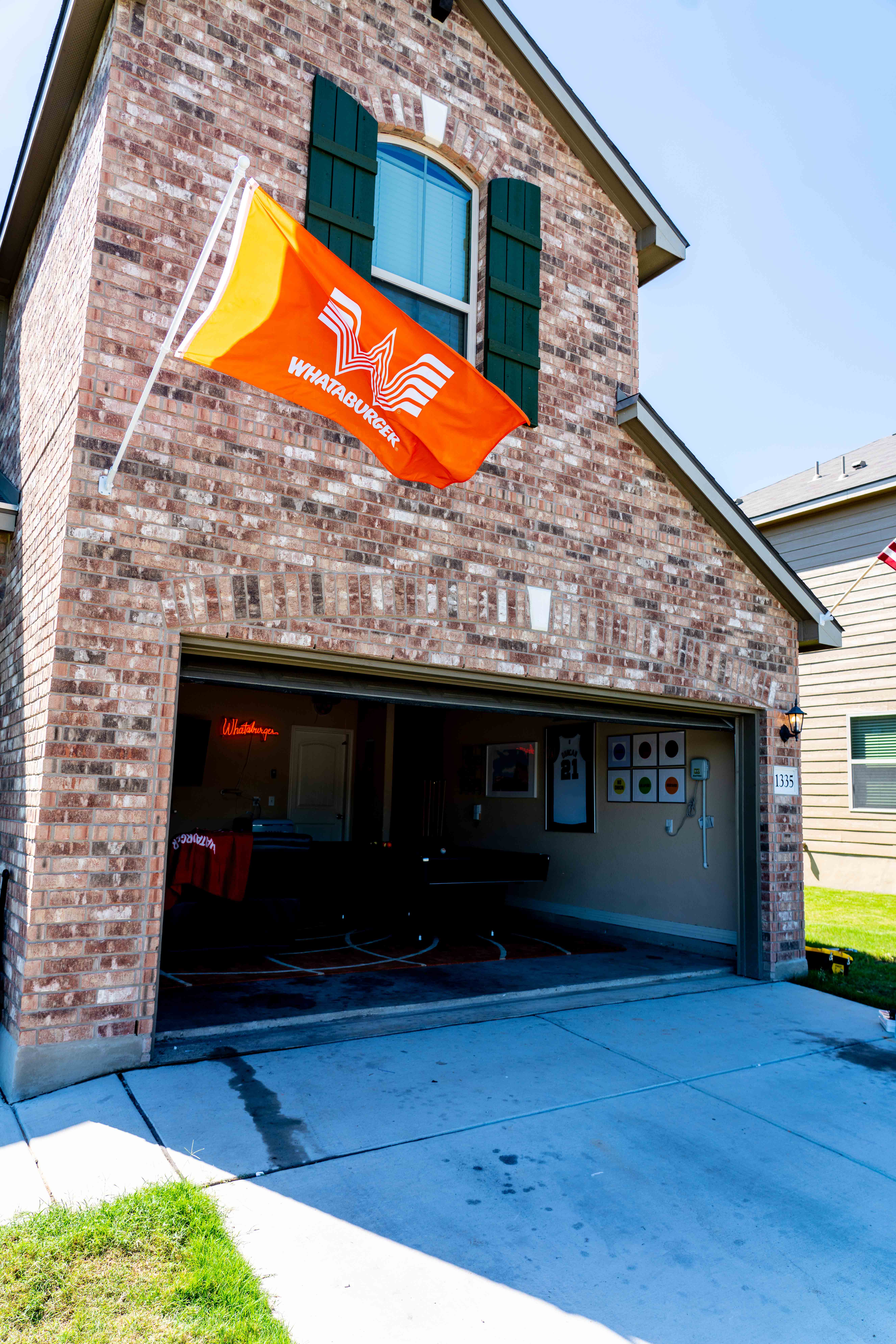 So, we called our friends at the Spurs who donated a framed Tim Duncan jersey, a signed basketball, wall art and tickets to his very first Spurs game! In a suite, no less. With catered Whataburger. 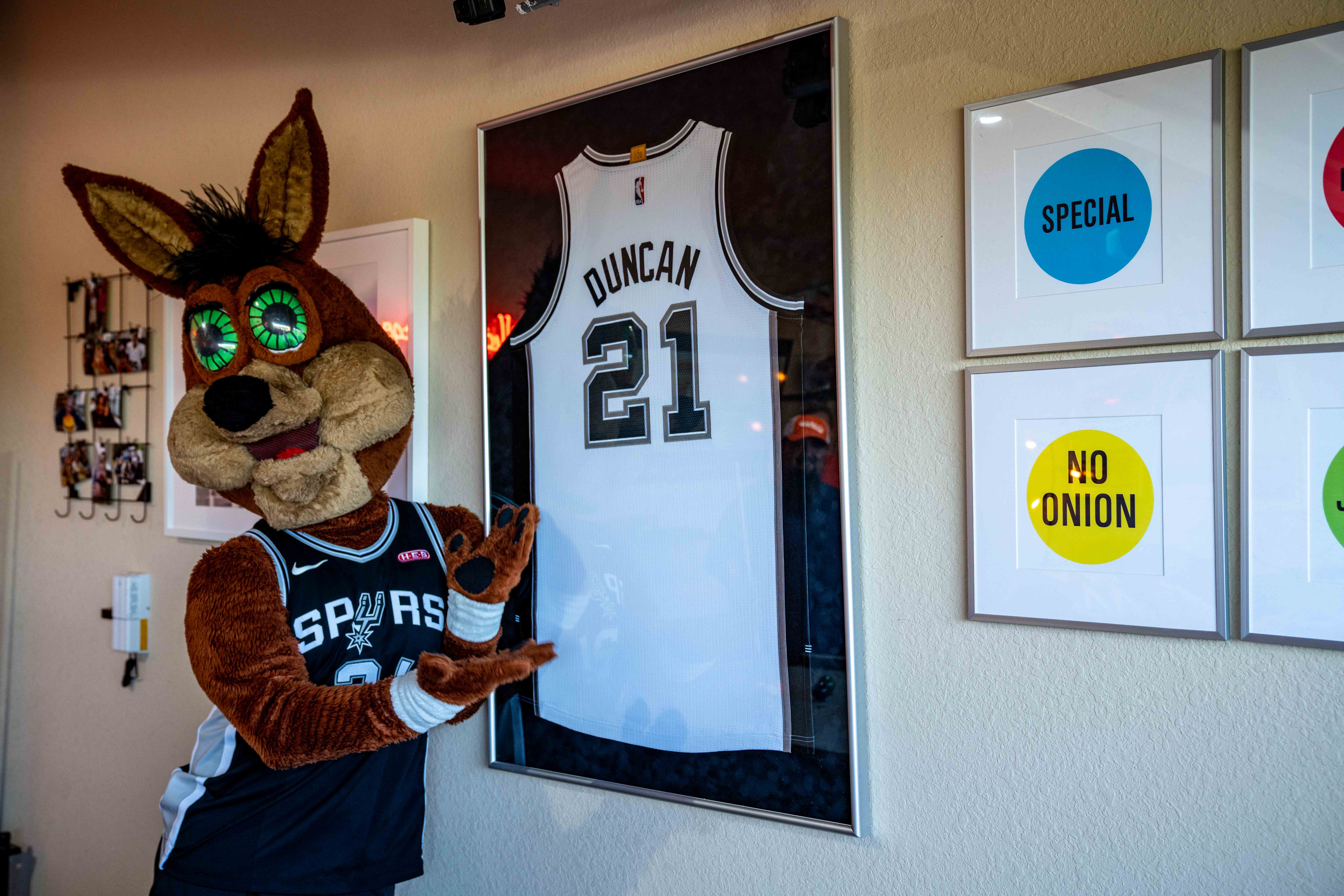 Hey Charles – don’t forget about your wife! After the game, don’t forget to tell her she’s pretty and take her to Whataburger. 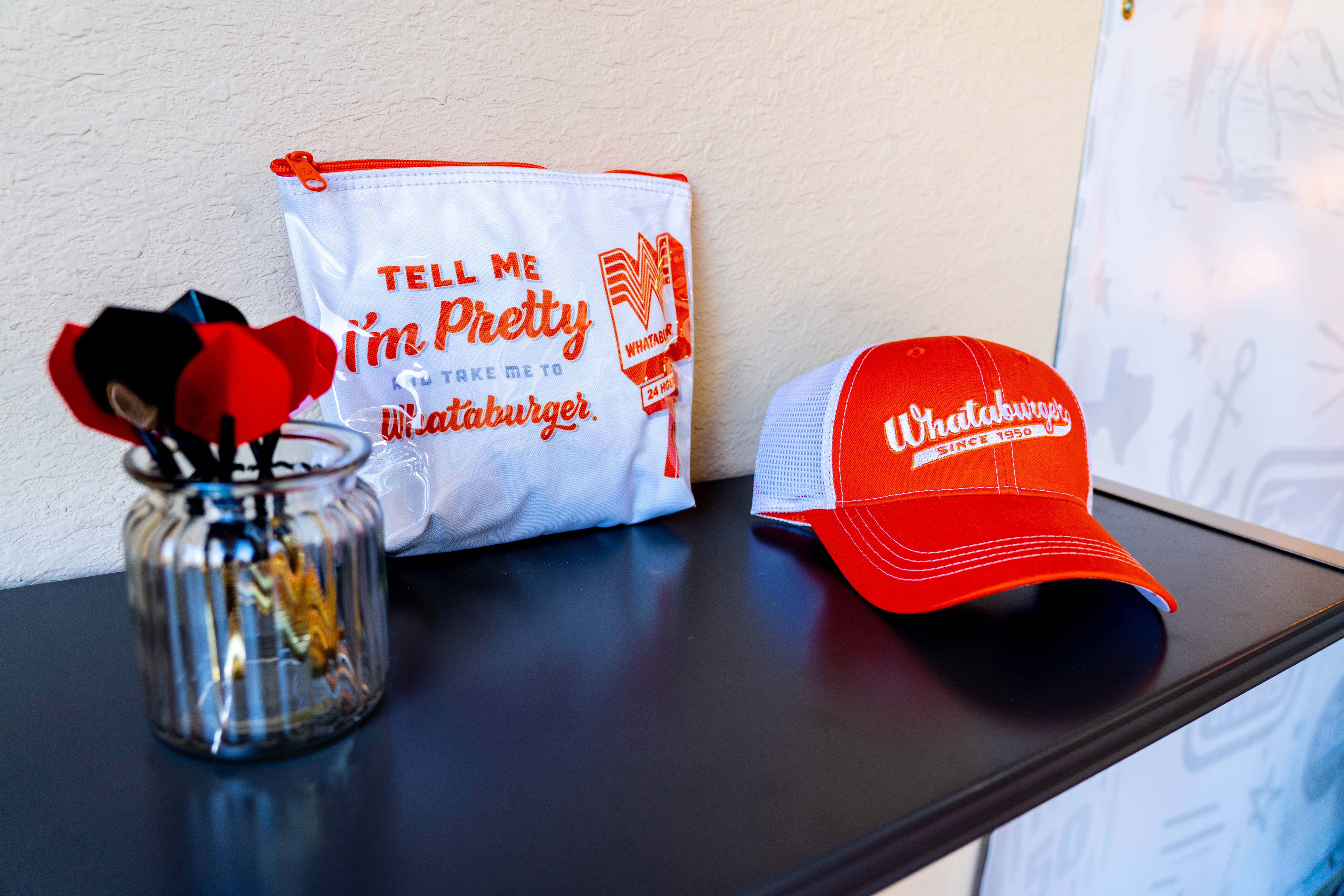 Fancy Ketchup or Spicy Ketchup? When the goal is this delicious, it’s easy to score some points. 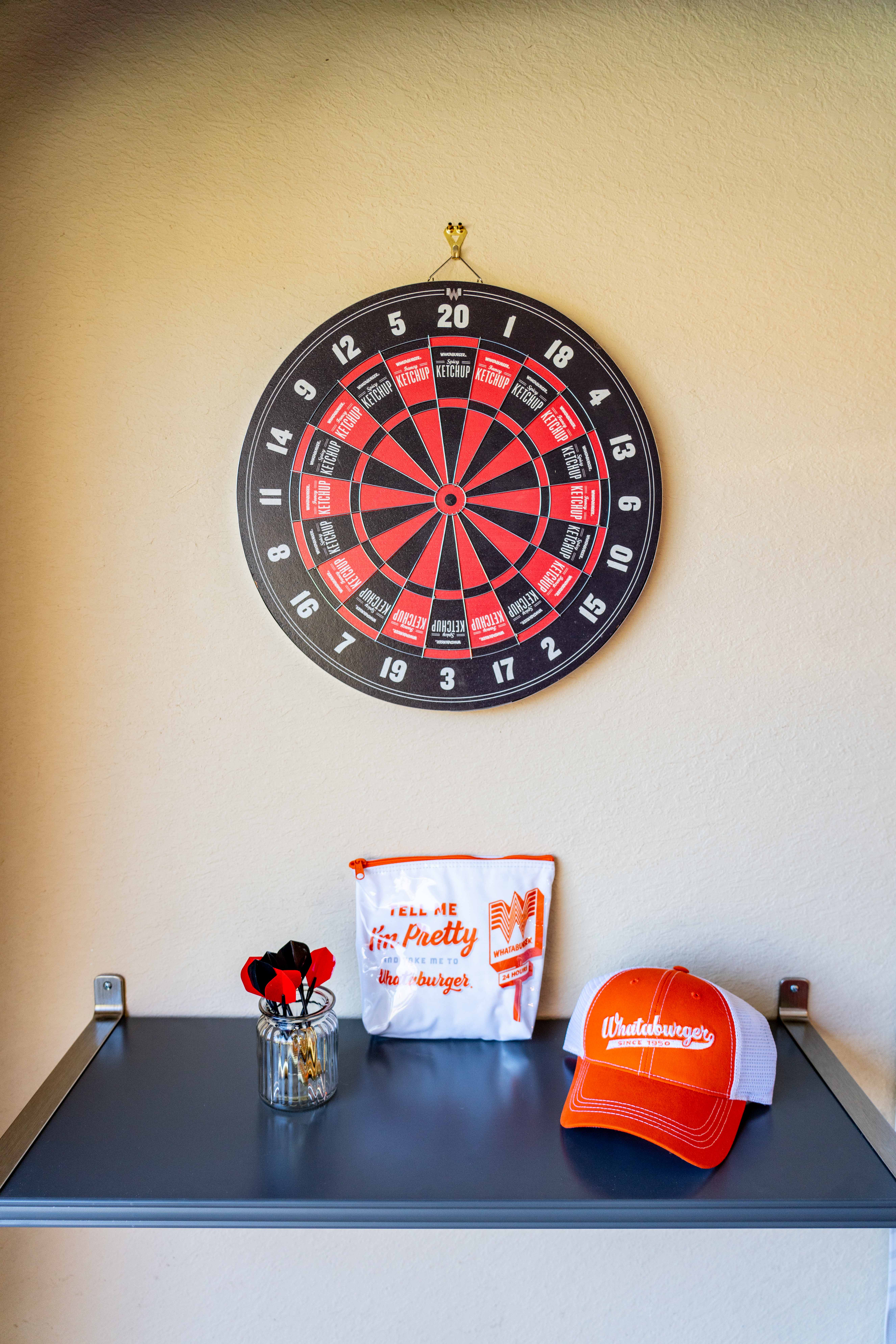 Sometimes art just speaks to you. This art is telling you what’s for dinner. 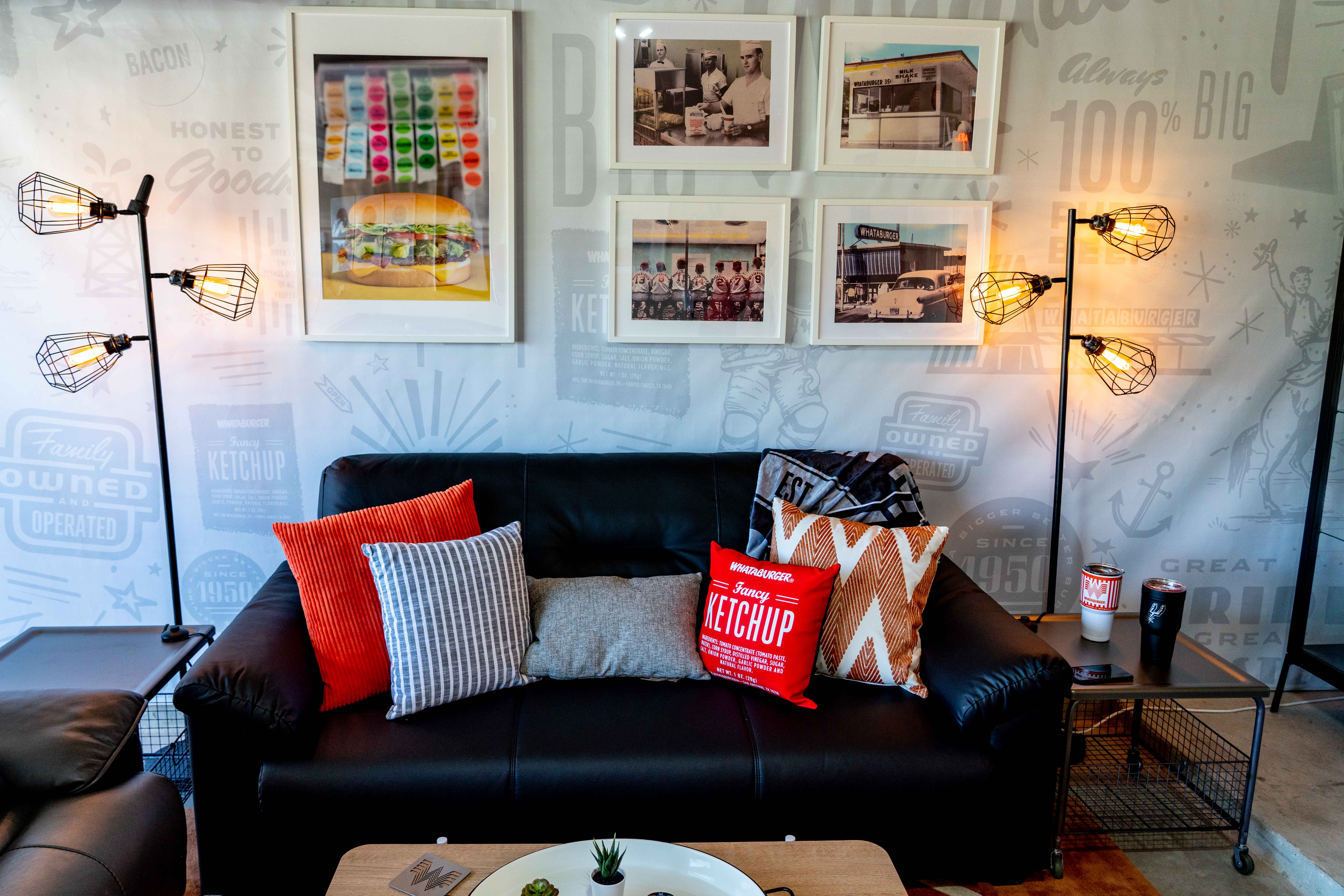 Charles’ friends are going to be dying to check out his new space. But they better know the house rules before they arrive … 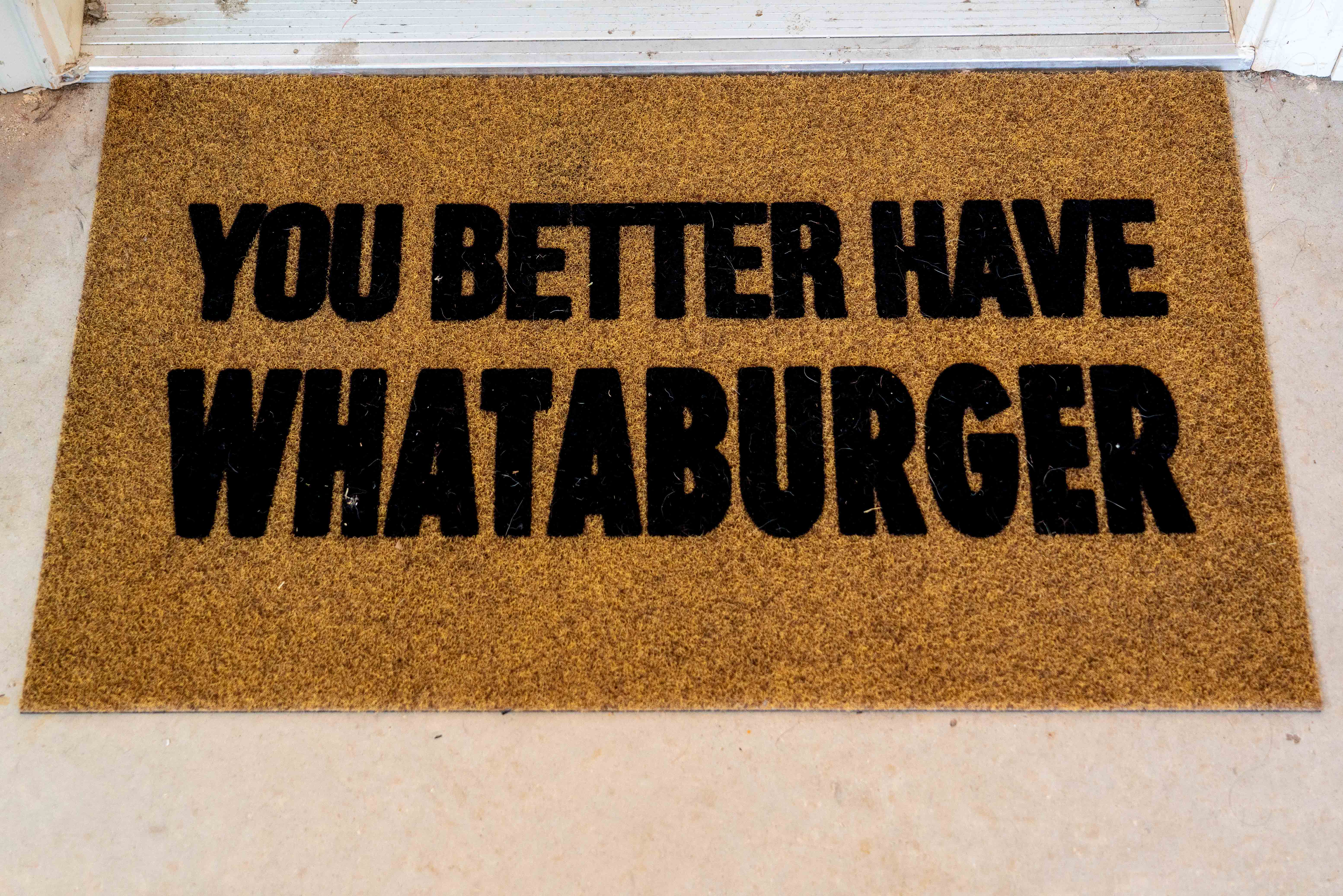 What every man cave needs – a display case with shelves stocked full of ways to show off your Whataburger pride, including our signature sauces. Good thing they’re bottled. 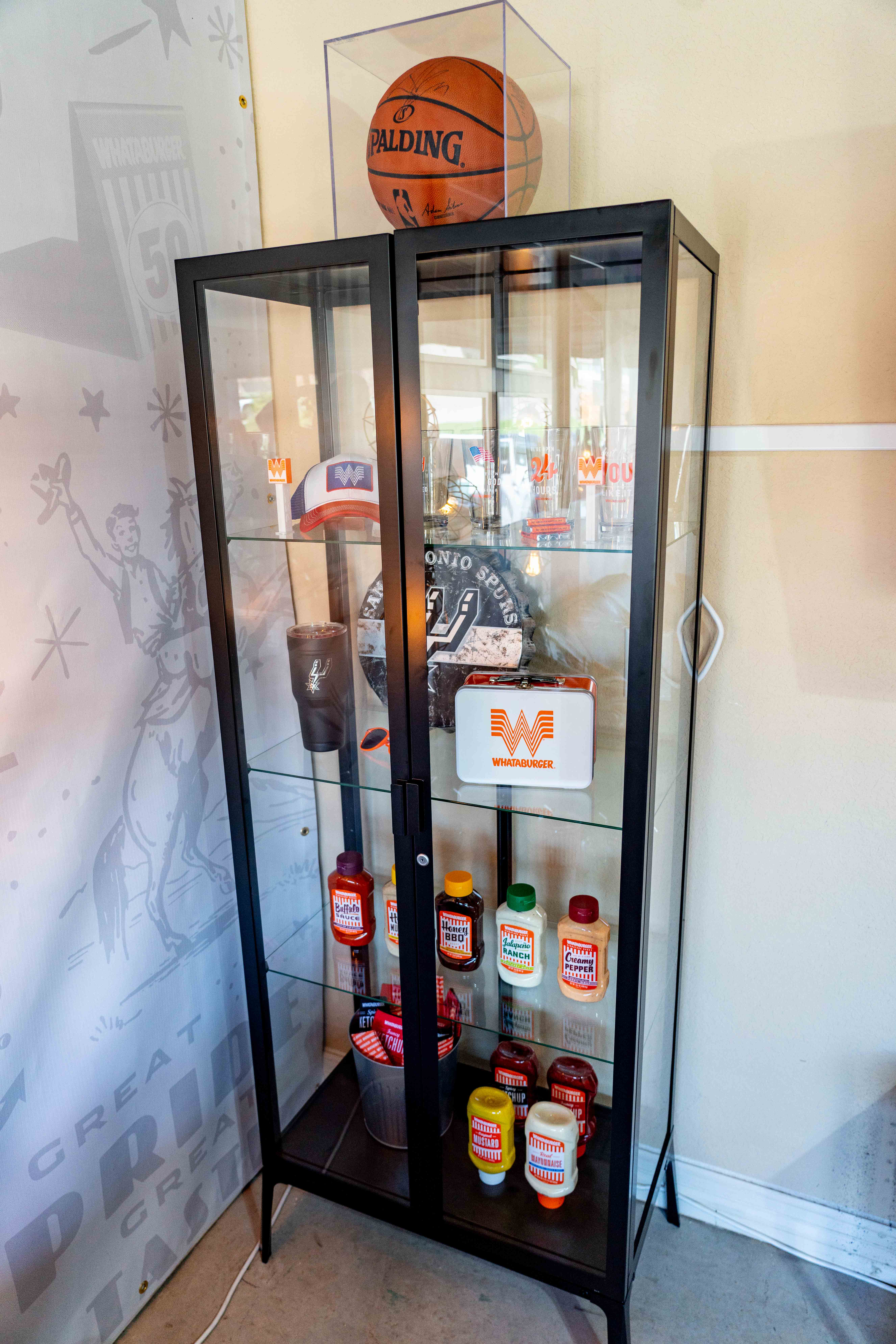 Put this Whataburger Pez on the need list, along with the Whataburger trucker hat, a man-cave must. 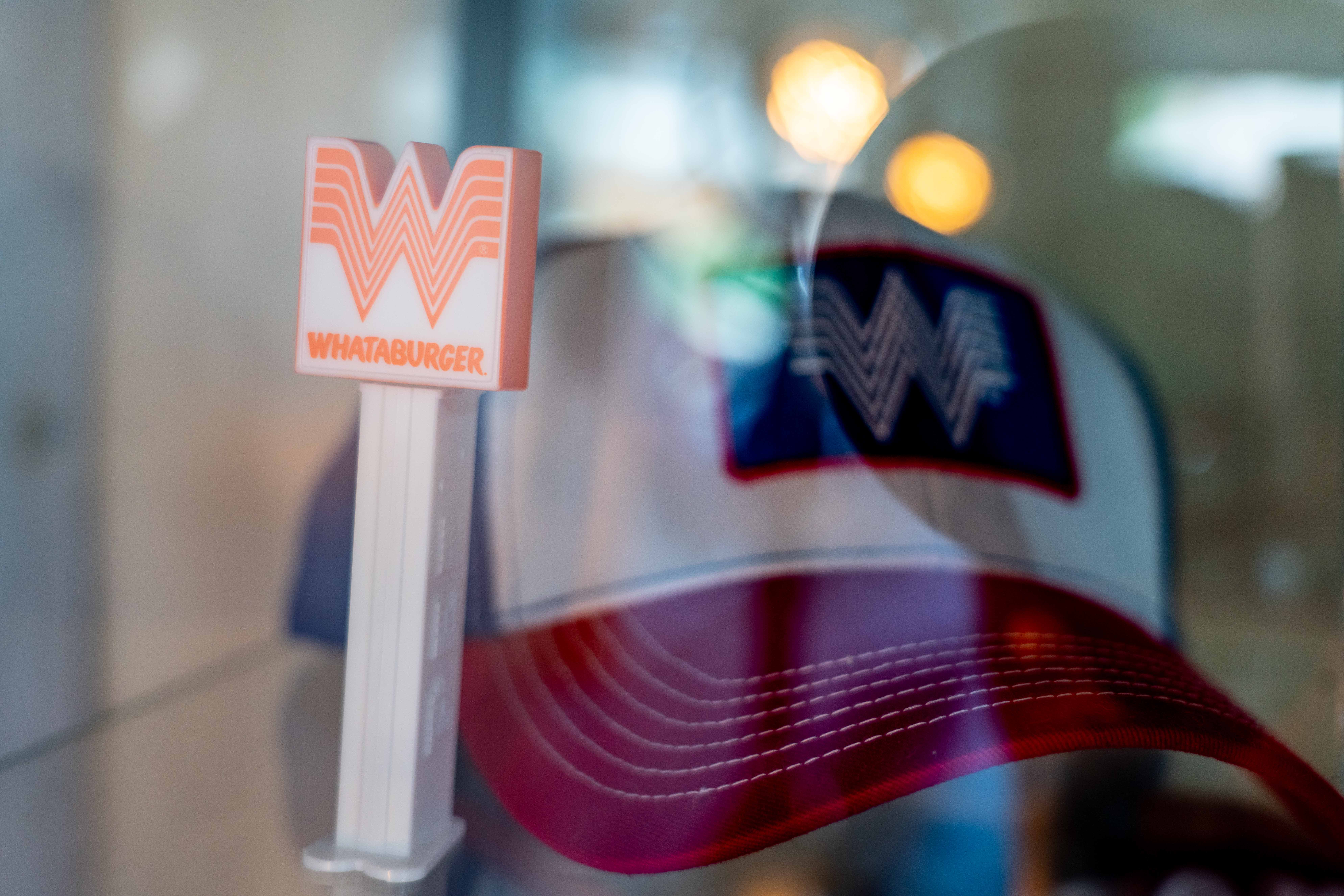 Even if you don’t have Whataburger for lunch, you can pack your meal in this classic lunch box that’ll always be in style. 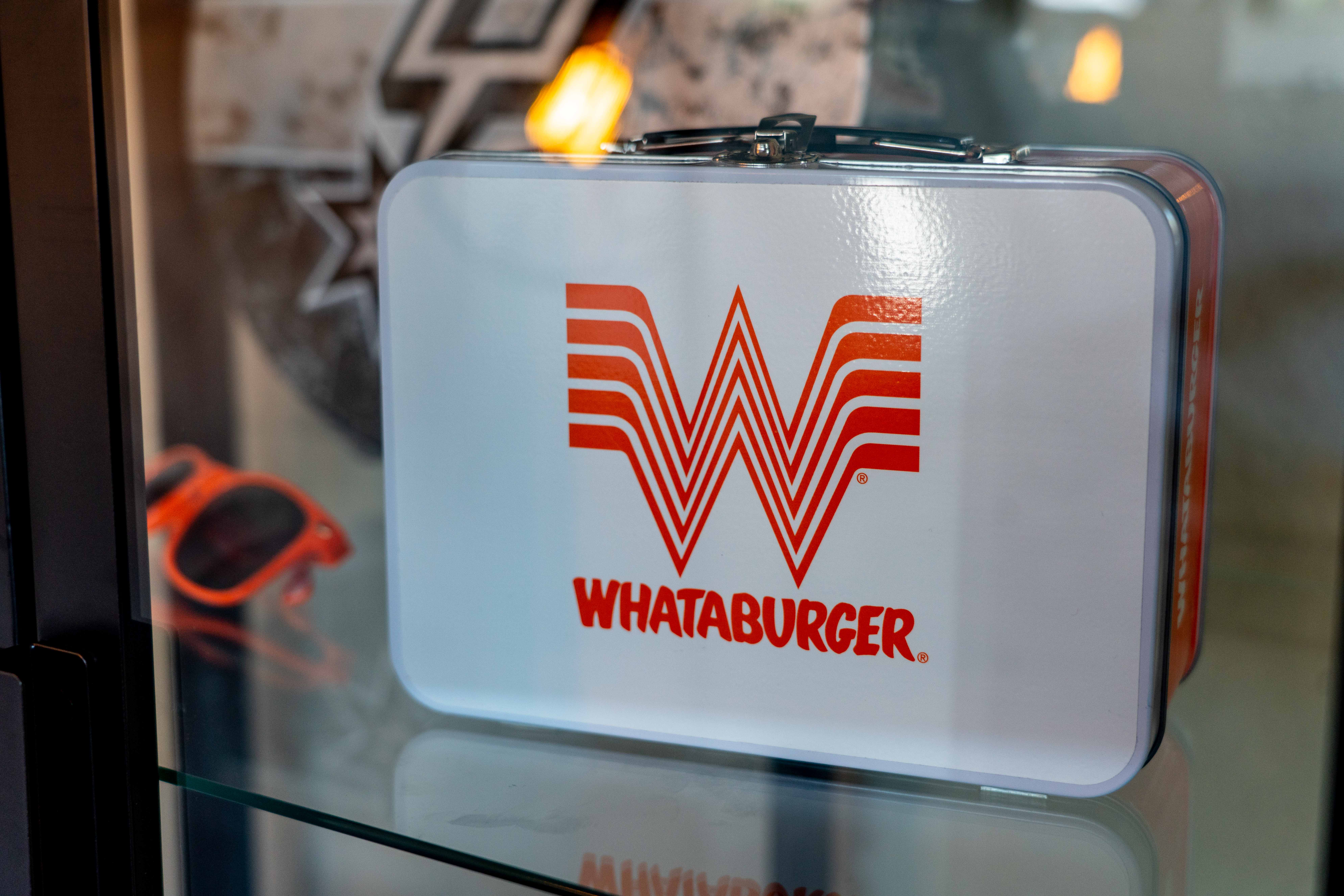 This neon sign will light up your life… and your cravings. 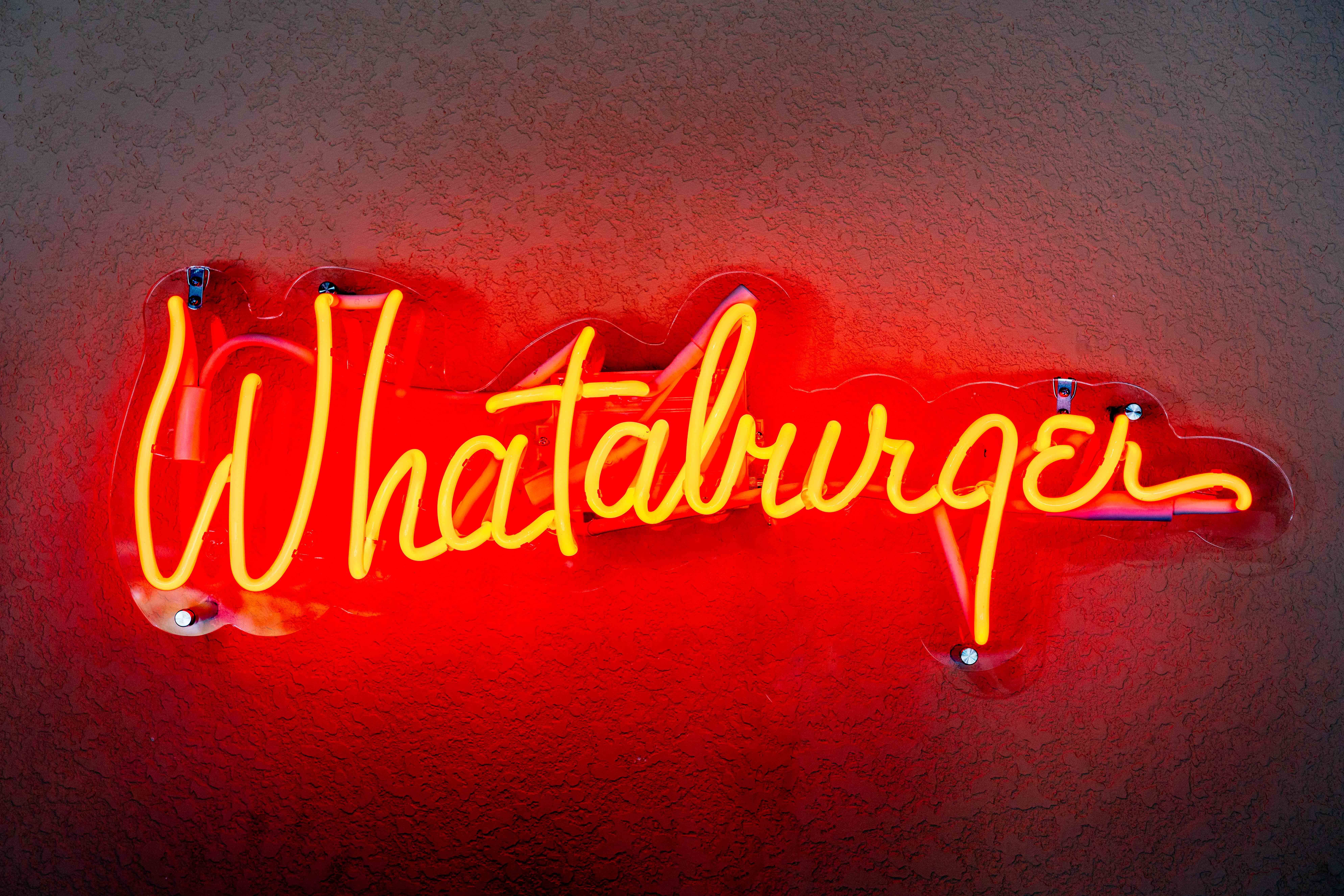 That feeling when you’re just as excited about what’s outside of the refrigerator as you are about what’s inside. 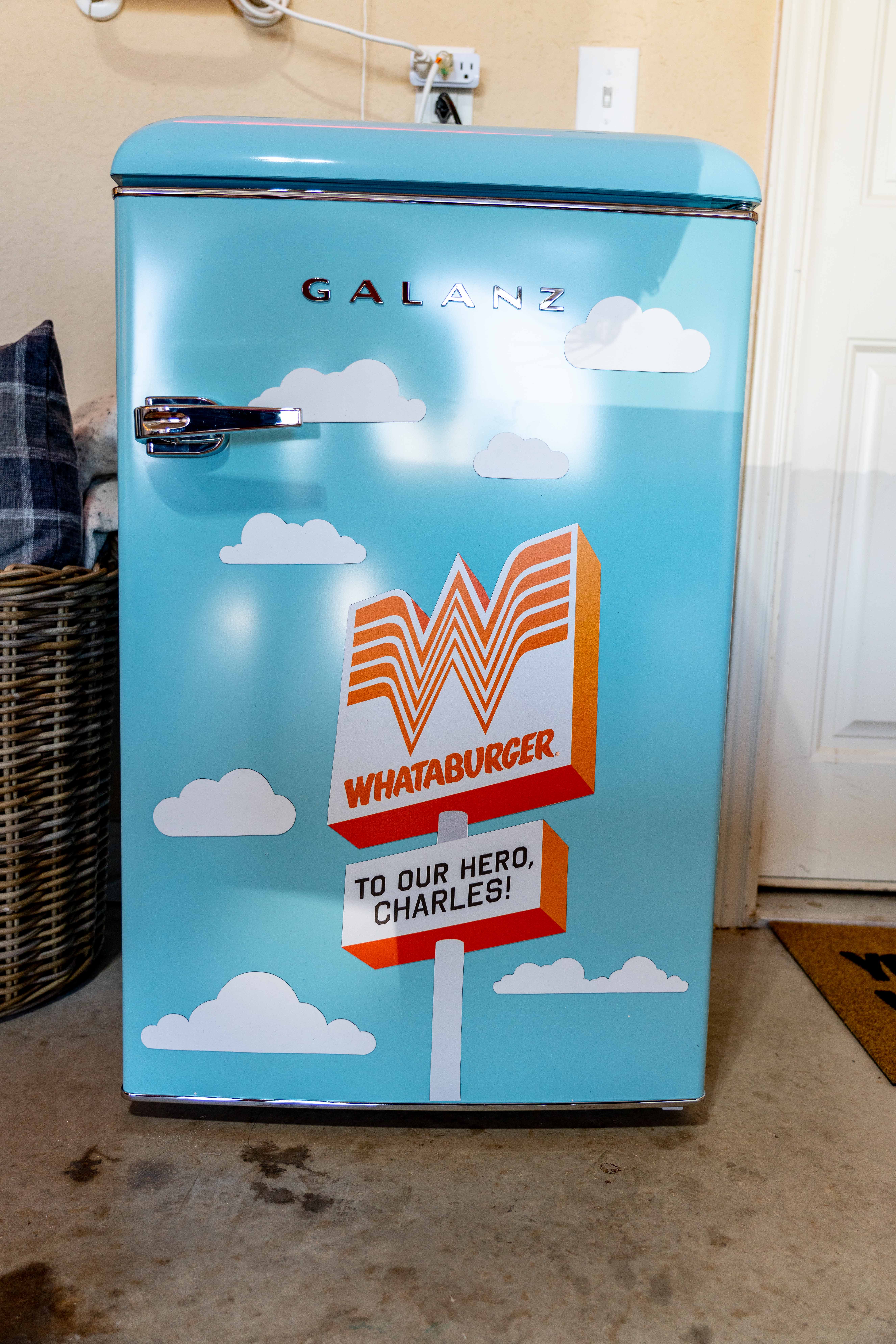 What’s a man cave without a pool table?! 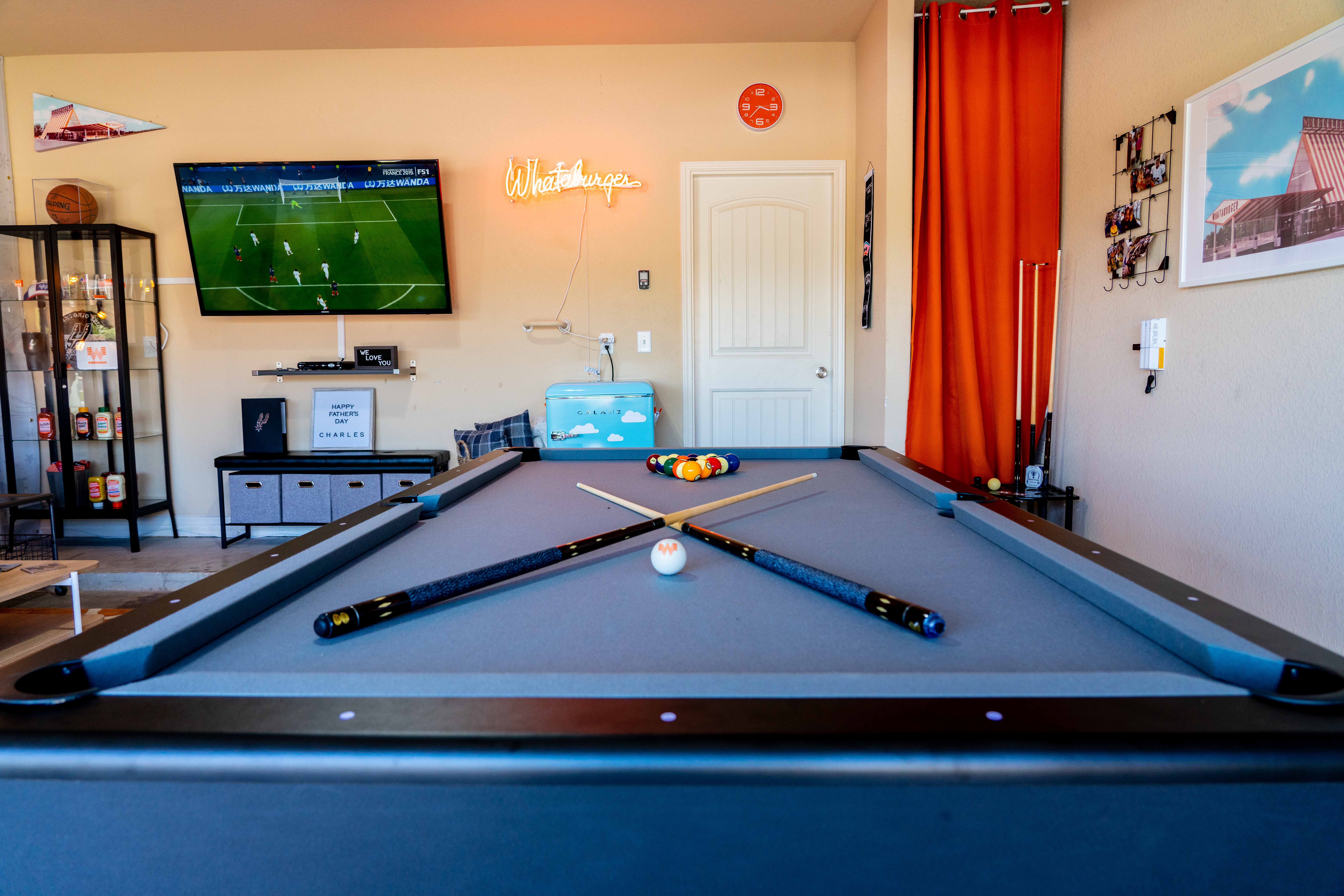 It helps to have a cue ball that’s on point! 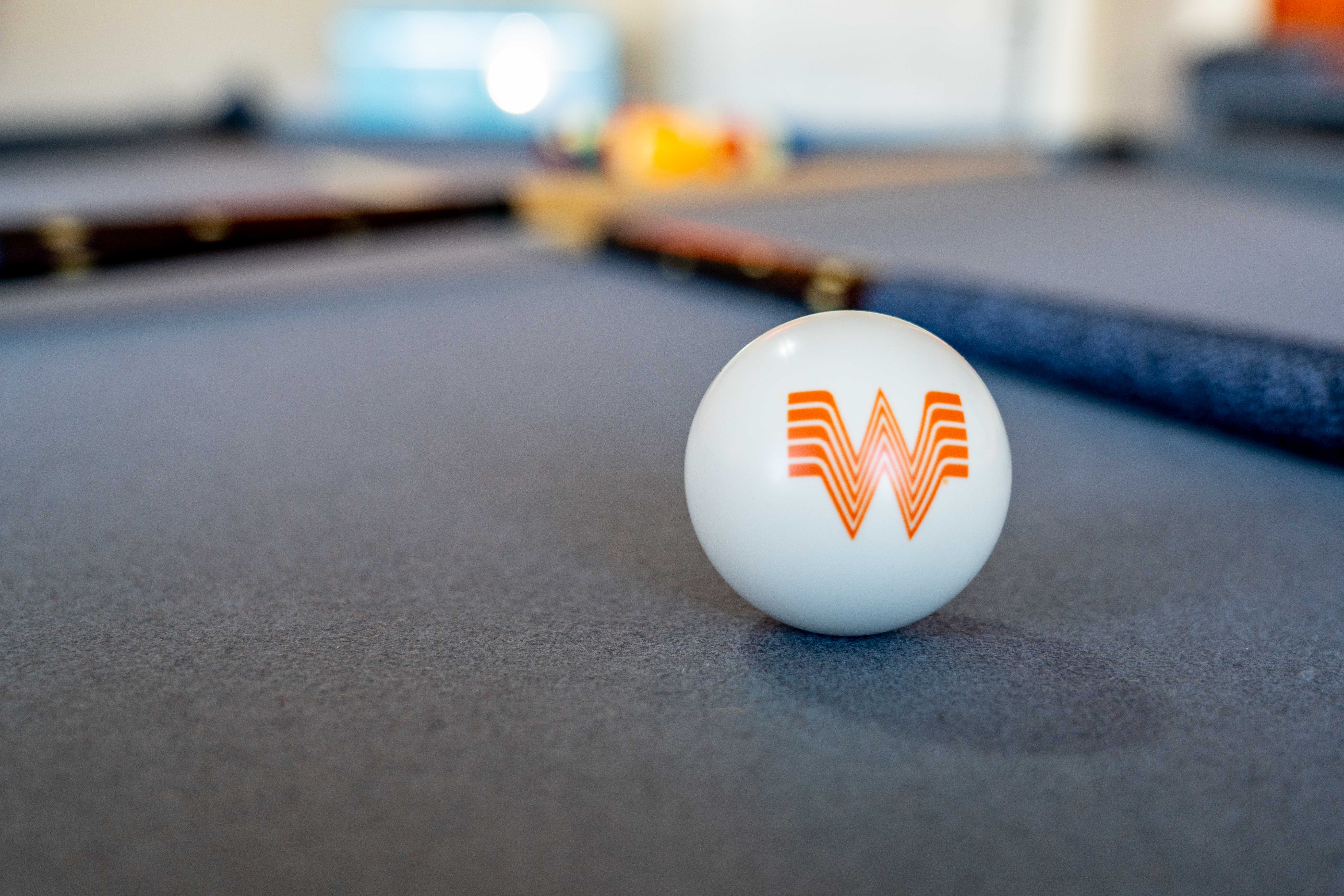 It was a privilege to bring some Father’s Day joy to this veteran, who loves Whataburger so much he even celebrated his most recent birthday in our restaurant! His order of choice? A #2, cheese, bacon, no onions, and extra pickles.

Want to see the transformation in action?   Check out the time-lapse video below.