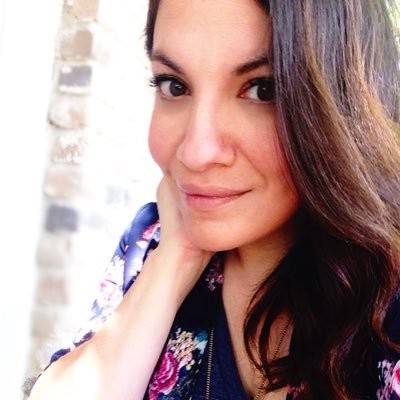 Catherine Contreras is a San Antonio native. She was proudly raised on pan dulce and chimse and is majorly obsessed with good beer. As the host of the She's Crafty Podcast she travels around the great state of Texas to get all the scoop on the latest beers and brewers. Read the original post; republished with permission. 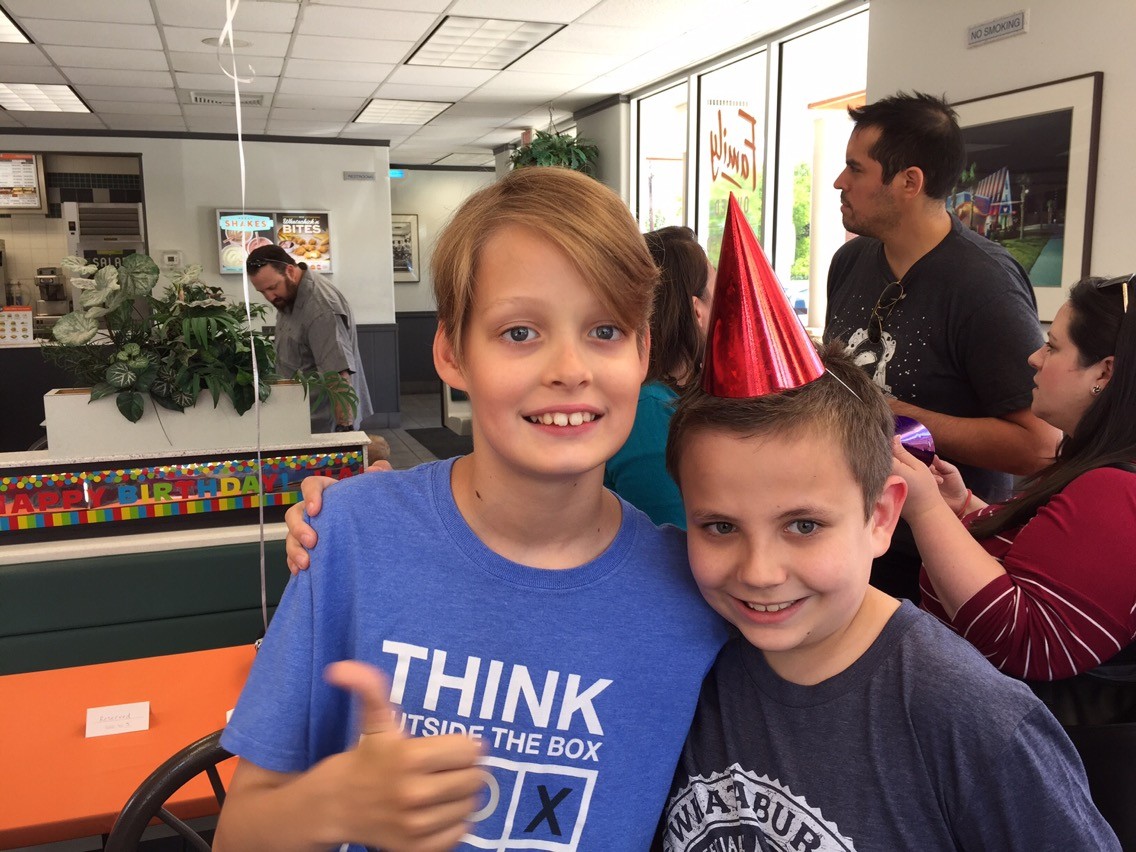 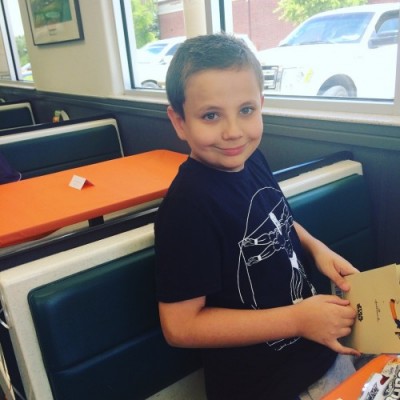 If you have kids, you know how important birthdays are.

If you have kids with autism, you know how important every moment is.

My son Harry recently had a birthday. He's a bright boy who just happens to have high-functioning autism. When we were discussing what he would like to do for his birthday, he said two things:

1. He wanted to go to San Antonio Bricks and Mini Figs and pick out a Lego set. Okay...that was easy enough.

2. He wanted his birthday party at his favorite restaurant, Whataburger. Ummm...was that even possible? I had definitely never heard of or seen parties at a Whataburger.

I remember in the 80s sitting at a long table at McDonald's with a million kids with birthday hats...I think I've seen some parties at Chick-Fil-A...but, Whataburger? I'm almost positive I've never seen that. 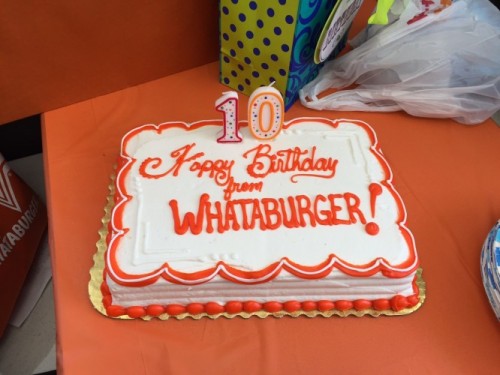 I told Harry I wasn't sure if that could happen, but we could at least eat at a Whataburger. Now, if you know anything about a kid like Harry, you know that life is very black and white. "It's my birthday. You said, on my birthday, I get to choose my party. I want to have my party at Whataburger." And that was it. In his mind, that's what was going to happen. And if it didn't happen, he wouldn't throw a fit, he wouldn't make our lives miserable...but, he wouldn't understand. Because in his black and white world, things go according to plan. What you say matters. Wouldn't it be nice if everyone lived by those rules? Because, even though Harry is unfiltered and blunt, at least he says what he means and does what he says.

So, what's a mom to do? I started thinking about how I could make this happen for him. I went to the Whataburger website and could find nothing about having events or parties at a local restaurant. So, I reached out over social media. All I really wanted was a few tables for us to sit together and eat a cake. A small space to sing Happy Birthday and celebrate Harry turning 10.

Well, Whataburger got back to me. They emailed me and called me. And guess what you guys...a Whataburger birthday is possible...and it was the most amazing birthday party I've ever been to. They decorated for him, they got him a cake....they sang Happy Birthday to him. They made sure every moment of Harry's birthday was magically orange and fun. They gave him the birthday he was picturing inside of his amazing little mind. 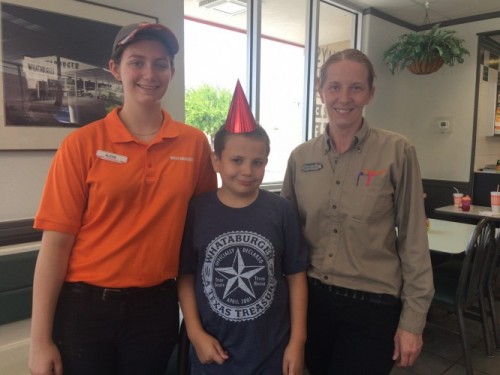 Do you know why this is important? Because, kids like Harry don't often get recognized or celebrated. Kids like Harry are the ones trying to figure out where they fit in. Feeling special and celebrated for a day, is the best gift he could ever be given. So, thank you Whataburger. Thank you to the manager Danielle at the Bitters and Blanco location in San Antonio, for making Harry's day so incredibly special. Thank you for helping this mom give him what he wanted, instead of an almost- version of what he wanted. You've found lifelong fans in us. We will never forget the day Harry had his Whataburger birthday party.