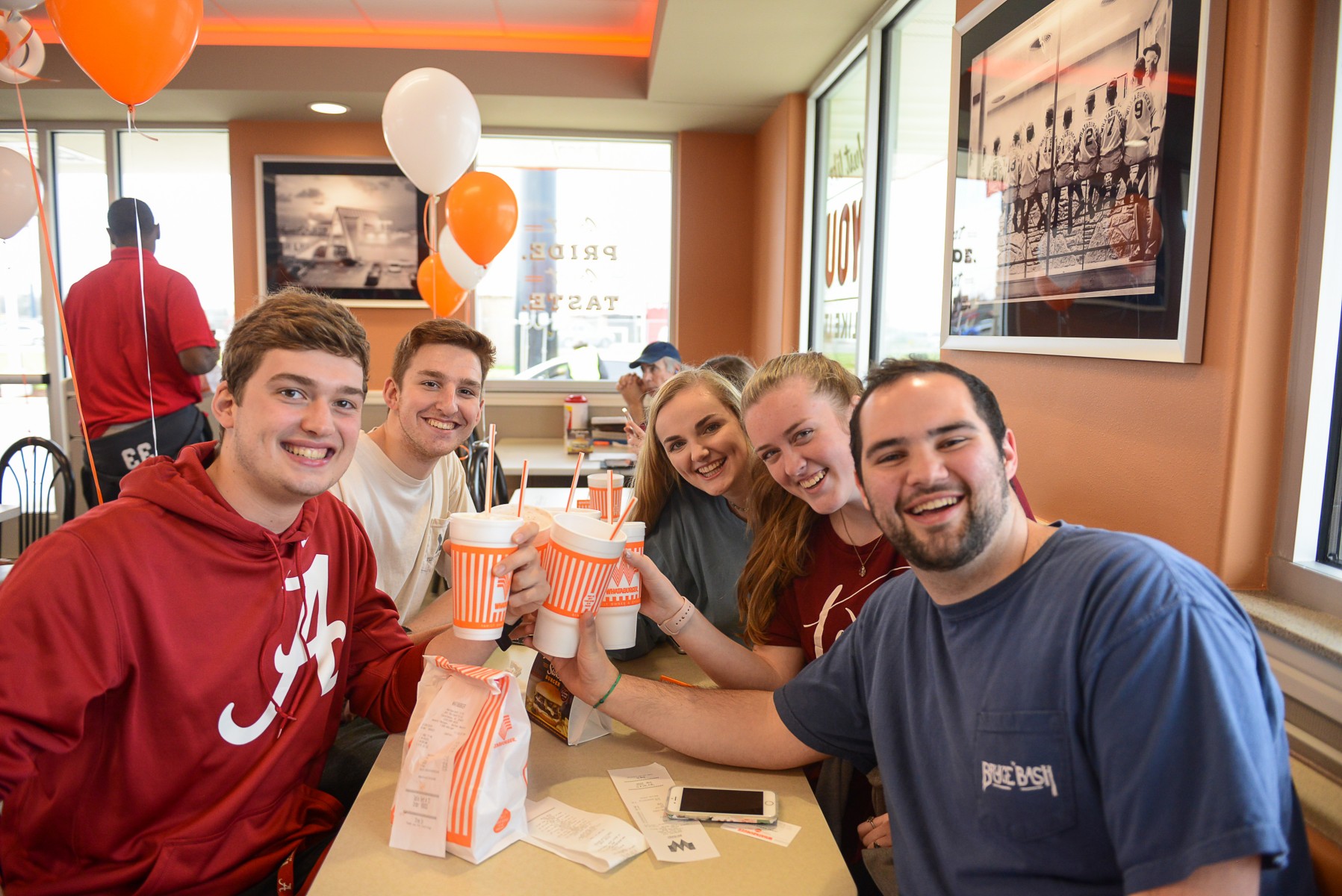 When the #Whatafriends group message flashes across their phone screens, it means one thing to these five University of Alabama students – they’re going to meet and eat at Whataburger.

After all, it’s the place they became friends.

“It’s Whataburger – when I see the orange and white stripes, it makes me so happy,” Peyton Hammond, one of the group, says.

When the first Whataburger in Tuscaloosa, Ala., opened in February 2018, the line to get inside circled around the building and down the block.

But not all together. Not yet. 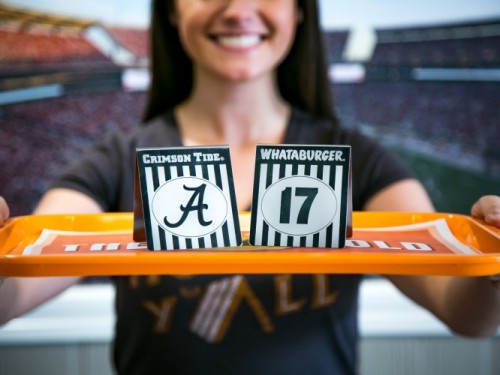 They had all arrived early hoping to get a silver University of Alabama table tent, a special commemorative item Whataburger was giving out to the first 100 people in line. Not all of them scored that special swag. (“I even tried to buy one!” Brasington says.) But, they managed to start a conversation that is still going strong.

Friends Hudson and Anderson were waiting in line together when they struck up a conversation with the others, all of them sharing stories about their love of Whataburger.

“It just started from there,” Hudson says. “We all sat together – that just might be because Leah still wanted our silver tents – but we respect that,” he laughs. They chatted for more than two hours – and then came back later that night for Honey Butter Chicken Biscuits.

Now, three months later, they meet at Whataburger once or twice a week, sometimes more.

At the opening and even now, Brehm – who moved from San Antonio – sends photos of himself at Whataburger to his family.

“They messaged me back, ‘We know you are mostly a happy person, but this is the happiest we’ve seen you in a long time,’” he says.

Like Brehm, Anderson, Brasington and Hammond hailed from Texas, Whataburger’s home state. So even though they’re full of ’Bama pride, Whataburger helps them get that much-missed taste of home.

Anderson, who comes from Tyler, Texas, puts it simply: “It’s nostalgia,” he says. “I guess I go four or five times a week. And when all of us get together, it’s great because Whataburger is open 24/7. We never feel rude about sitting here a while – everyone here is so nice. It’s like a family.”

The Swamp.  The Horseshoe.  Death Valley.  We put our stadium up against the best.
Read more

It's a Tuscaloosa thing ... Roll Tide!

Fans answer the question "You know you're from Tuscaloosa when..."
Read more