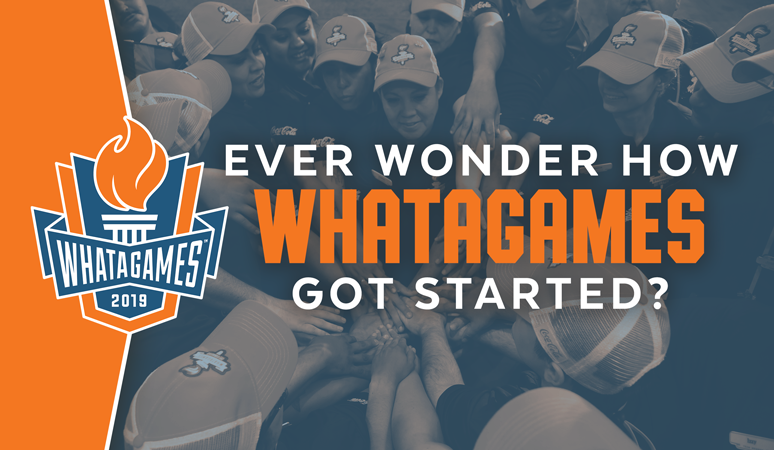 Lunch crowds and restaurant breakdowns put skills to the test

Picture the Olympics, only with burgers, fries and a side of motivation.

The Olympics, in fact, inspired this flagship Whataburger event. In 1996, as people across the world watched the Summer Olympics in Atlanta, Whataburger leaders had an epiphany: What if they could harness Olympic-style competitive energy to motivate Whataburger Family Members?

Since then, high-performing teams have gathered every two years to go for the gold.

How it has changed

At the first WhataGames in 1996, Family Members competed as individuals and the top prizes included a television, a trip and a personal computer. In 1998, the top prize was a brand-new pickup truck. The stakes were even higher in 2000, with each of the top five finishers receiving a new car.

Then, in 2002, WhataGames became a team event, and the winners started taking home cold, hard cash.

The tough but friendly competition is fun, but there’s more to it. The goal is to improve restaurant quality by building camaraderie and a deeper understanding of company procedures and culture. In short, the games grow knowledge – and that knowledge reaps rewards for the business as well as the Family Members.

Whatagames: How it began
Newsroom