Deep in the art

Whataburger, his dad, and hard work are the muses for this San Antonio artist 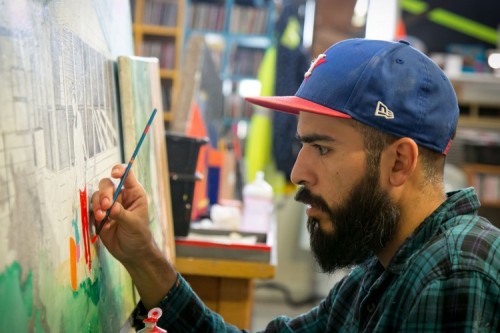 San Antonio-based artist Raul Gonzalez likes to stand back at exhibitions and watch how people react to his work.

Sometimes, he’ll catch the moment when viewers make the connection with the familiar bright orange-and-white stripes in some of his paintings and drawings.

“They’re like, ‘This is totally Whataburger right here,’” Gonzalez says. “And they get so excited.”

Gonzalez began incorporating references to Whataburger into his art when he was working on the “Texas Series,” drawings and paintings in the shape of the state. The series partly was inspired by Texas’ landscape and its people, particularly construction workers like Gonzalez’s father and other laborers who build and maintain cities.

When the artist was working on the series’ concept, he read about a poll that named Whataburger the best burger in America. Gonzalez was impressed that Whataburger was “holding it down representing Texas.”

“I was like, ‘OK. Whataburger has to be part of my thing,’” he remembers.

His artist statement is simple: “My motto is Werk. Hustle. Sleep. Repeat.”

But maybe it could also be “Werk. Hustle. Sleep. Repeat. Whataburger.” 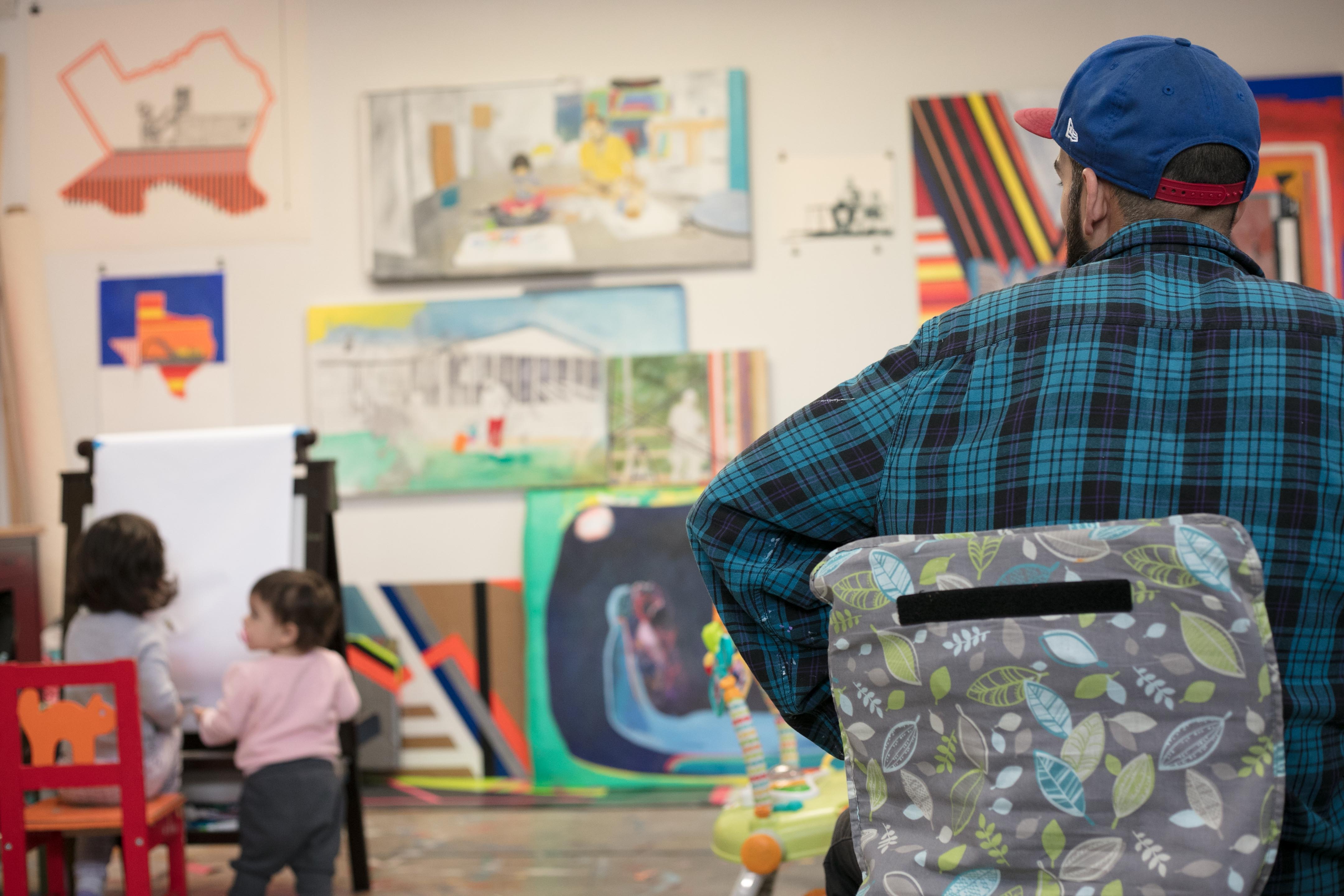 Getting Inspired, Inspiring Others

At 36, Gonzalez, who cares for his two young daughters while he works, is one of the busiest and most prolific artists in San Antonio.

In addition to drawing and painting, he delivers high energy performances. For one piece, he danced 4.3 miles from a downtown gallery to the McNay Art Museum where his work was on display, aggravating a torn knee ligament along the way.

Since moving to San Antonio, Gonzalez has established himself as an up and coming artist with solo and group shows in galleries and museums throughout Texas and beyond. His work is in private collections around the country and in the permanent collections of institutions such as the McNay, the Mexic-Arte Museum in Austin and the National Museum of Mexican Art in Chicago. In 2013 and 2014, he was a finalist for the prestigious Hunting Art Prize awarded in drawing and painting.

His inspirations and intentions are as varied as his platforms; work, fatherhood, identity, construction, labor, the working class, identity, and abstraction are all topics he wrestles with and explores, according to his Artist Statement. 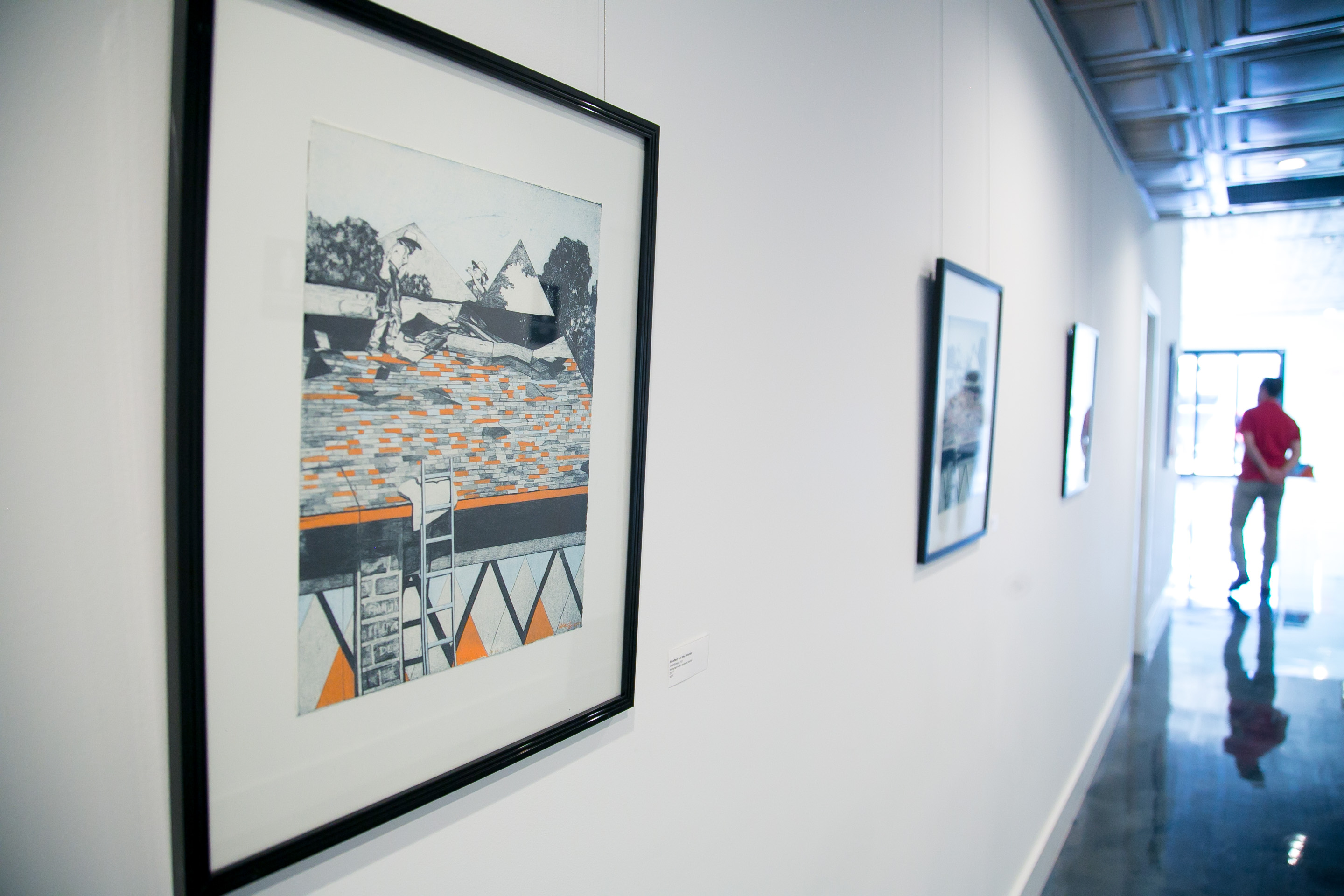 And his “WhataPaintings” and “WhataDrawings” continue to connect with fans – and evolve on an artistic level. Recently, he decided to do a two-color screen print of one of the works – an image of a piece of heavy machinery displacing soil. Gonzalez draws or paints on the prints in the “WhataMachine Series” so each one is original.

Orange-and-white stripes appear in other more recent works, including drawings and paintings on pieces of concrete and paintings from his “Dad Series” inspired by his daily life caring for his daughters.

Through my art has been the best way that I’ve been able to communicate with people and have conversations,” he says. “I feel like, ‘OK. This is where I’m supposed to be and these are the dialogues I’m supposed to be having and let’s see where I can go from there.”

Orange and white and seen all over

At Whataburger, we like to say we have the best guests in the business.They brighten our day with their greetings. Bring us smiles with their stories. And make the Whataburger Family complete with …
Read more

Psst. Put down your fries for a second -- we have to break something to you. We know it feels like March 325th... but it's October, and Halloween is upon us. There's no point rushing …
Read more

As she watches season 14 of “America’s Got Talent” this summer, Whataburger Family Member Erica Dierdorff is tuning in to cheer on some of her newest friends. It's people she met while …
Read more

Latest News (opens in a new window)
Previous Next

Level Up Your Burger Game with the Whataburger Bacon Blue Cheese Burger
Fresh and Flavorful: Introducing the Whataburger Peppercorn Ranch Chicken Club Sandwiches
Go Bananas for the All-New Whataburger Banana Pudding Shake!
Earn Those Brownie Points!
Calling All Night Owls and Early Birds! The Whataburger Breakfast Burger is Back for a Limited Time
Put a Little Spice in Your Life, Starting with Your Fries!
Newsroom