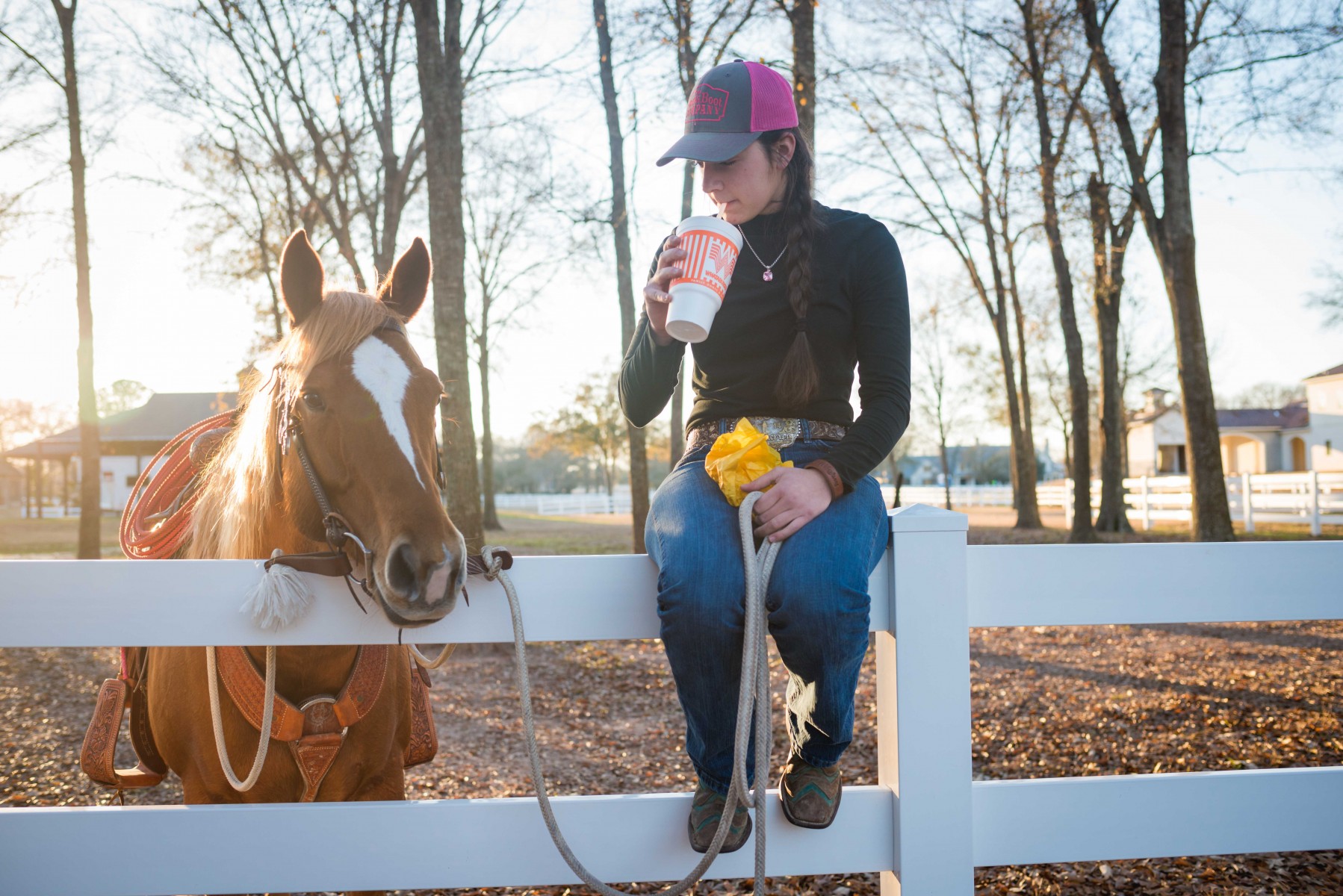 One cowgirl’s horseback ride to Whataburger went viral. But there’s a lot more to her story. 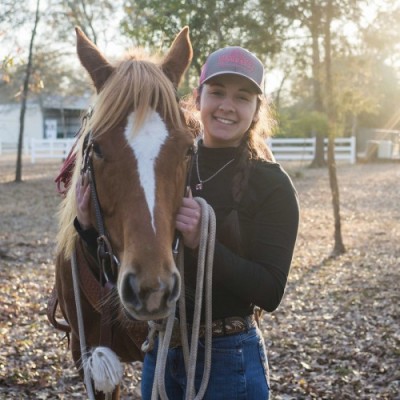 The first time Kaila Ducharme’s grandfather took her to a rodeo, she knew she was born to ride.

“I told him I never wanted to come back unless I was competing,” Ducharme says.

When she was 5, she did just that – leading her horse through a barrel-racing competition.

Last summer, Ducharme and two friends went for a ride on their horses. Two hours later, they ponied up at a Whataburger drive-thru for some impromptu milkshakes, and were caught in a photo that went viral on social media.

For Ducharme, it was just another day with her friends and her horses. But it’s a day that almost didn’t happen.

Back in the saddle

On September 3, 2015, Ducharme was training a young horse when it became spooked and flipped over backwards on top of her.

“She basically folded me in half like a pretzel. I knew immediately something was terribly wrong when I couldn’t move. Everything was numb,” she recalls.

Her injuries were so severe that she was flown via Life Flight to Memorial Hermann, Houston’s trauma hospital.

“I broke my left femur, left hip and ninth rib. I also lacerated my liver, gallbladder and damaged my colon,” she says. “I spent three months in a wheelchair.”

But Ducharme was determined to compete again. 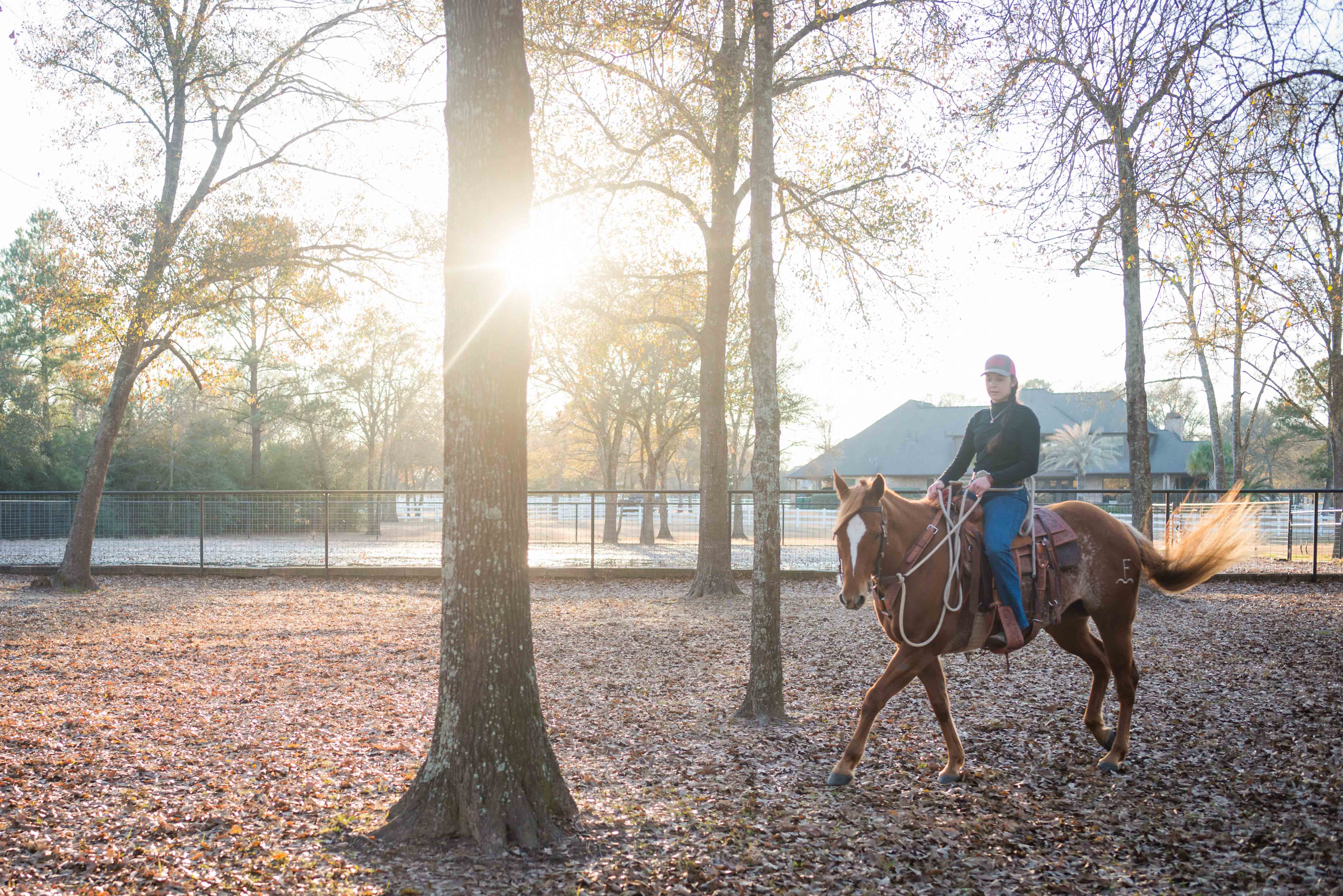 “I was a little disappointed I didn’t place higher, but proud because it was a difficult road to get there,” Ducharme says.

Meeting the medical team that helped save her life inspired Ducharme. While she had been considering veterinary school, she is now studying to become a Life Flight nurse.

And, of course, she’s still riding.

After three surgeries and still battling post-traumatic stress, Ducharme rode the horse from the accident in December 2016.

Horses, she says, will always be in her life. 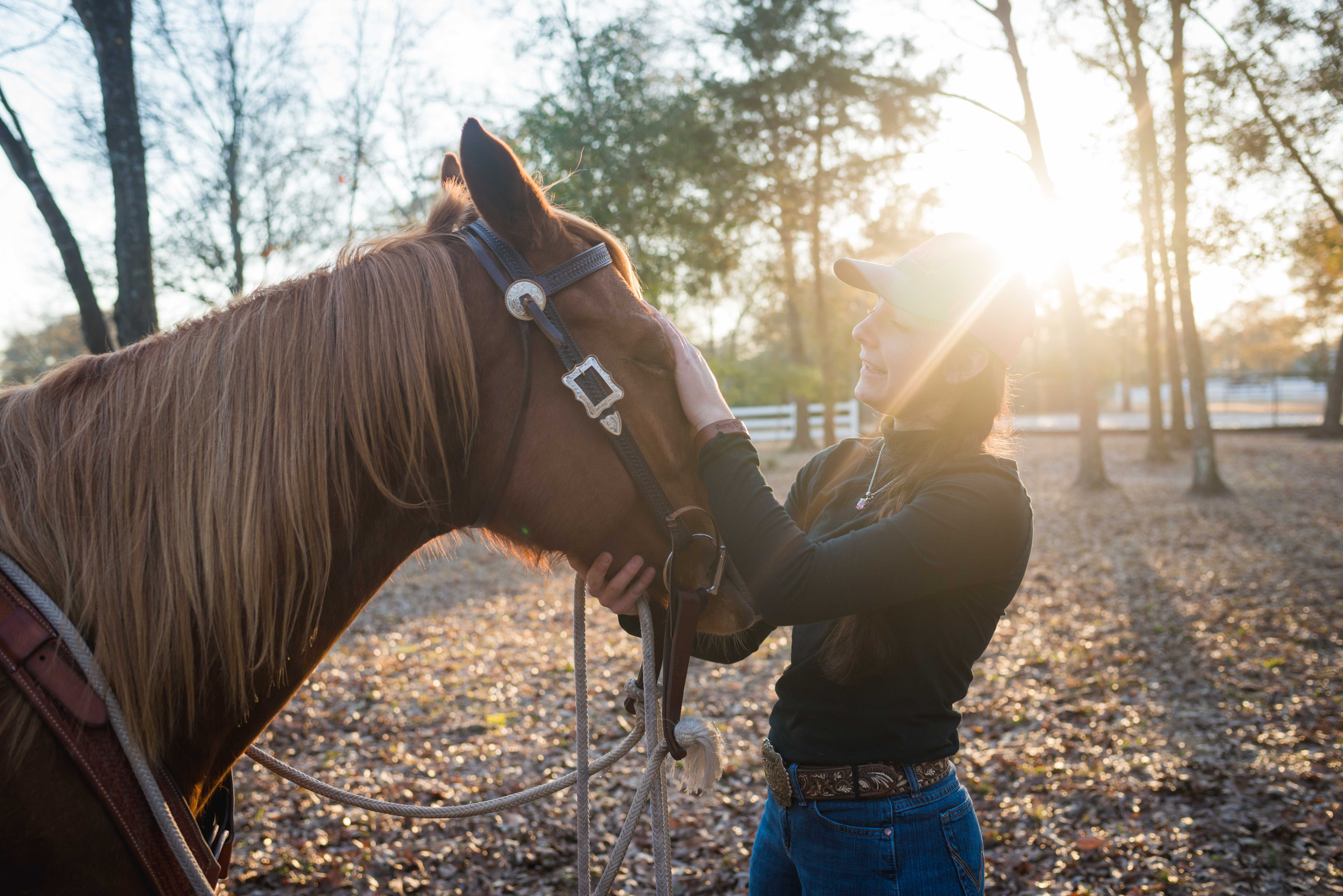 And Whataburger will forever be a part of that journey: from sponsoring rodeo events like the Texas High School Rodeo Association state finals, where Ducharme attempted to qualify for a spot at nationals back in June or going all the way back to those rodeos with her grandfather when she was a little girl.

“We would often stop at Whataburger for dinner before heading home. I'll never forget: the 3-piece chicken strips with gravy was always my meal of choice,” Ducharme laughs. “When I think of those post-rodeo Whataburger trips with my grandpa, it makes me nostalgic.”

One cowgirl’s horseback ride to Whataburger went viral. But there’s a lot more to her story.

At Whataburger, we like to say we have the best guests in the business.They brighten our day with their greetings. Bring us smiles with their stories. And make the Whataburger Family complete with their kindness.They also write us letters. A lot of …
Read more

Psst. Put down your fries for a second -- we have to break something to you. We know it feels like March 325th... but it's October, and Halloween is upon us. There's no point rushing out to the store for a last-minute costume. …
Read more