In his work as a construction company foreman in Pharr, Texas, Santiago Paredes travels throughout the Lone Star State - which means he eats a lot of Whataburger.

So his wife, Loida, knew just what to do when she planned his birthday surprise. With the help of the couple’s five children and extended family, they created a celebration that was over-the-top – and included an orange-and-white vehicle the family dubbed the “WhataChariot.” Hey, you only turn 58 once!

It all began with a surprise party at the family home. Santiago may have gotten a little teary. "It was so emotional for all of us to see how much he loved everything,” says his daughter, Lee Walls.

The team at the Pharr Whataburger, where Santiago is a regular, provided bags, cups, placemats and stickers to make the party extra festive.

A friend of the family made the cake and topped it with a table tent.

That’s when the photo shoot began.

Then, the family took this show on the road in the WhataChariot.

"We had to special order the orange tape for the van because we couldn't find it anywhere locally," Lee says. "This was two months’ worth of planning, but it was all so worth it.”

“Our neighbors got a big kick out of the decorated van,” Lee says. Santiago rode all the way to Whataburger with the windows down, waving at people on the street. “He thought he was part of the Presidential motorcade," Lee says. 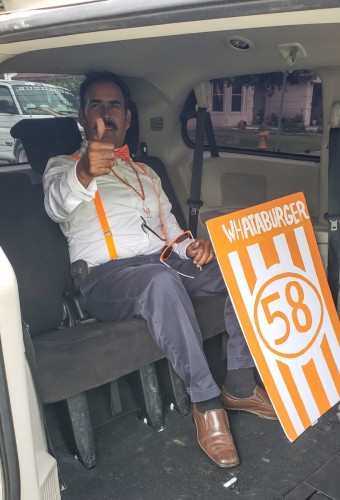 After cruising through town, the WhataChariot headed to Whataburger, where the birthday boy ordered his favorite meal: a #5 Bacon and Cheese Whataburger with the bacon extra crispy, cut in half, on Texas toast, with no onions. 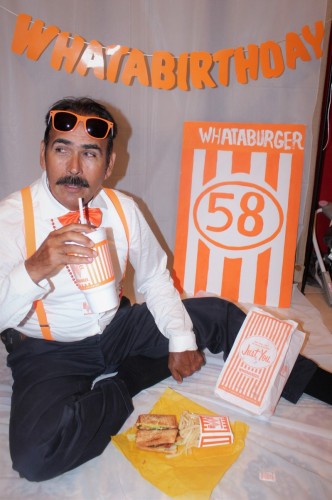 Why Whataburger? "They see him there several times a week, know what he likes to order and even where he likes to sit,” Lee says. “They are part of the family to him." 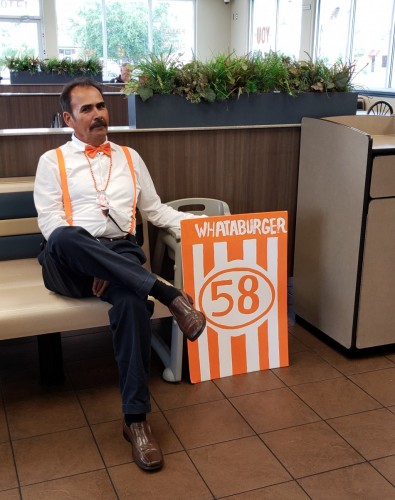 Manager Maria Alvarez, who helped the family with the surprise party, says Santiago is one of her favorite customers.

"I'm so happy he's gotten all this attention for his birthday," Lee says.  "He is the hardest working man I've ever known and he deserves nothing but the best." 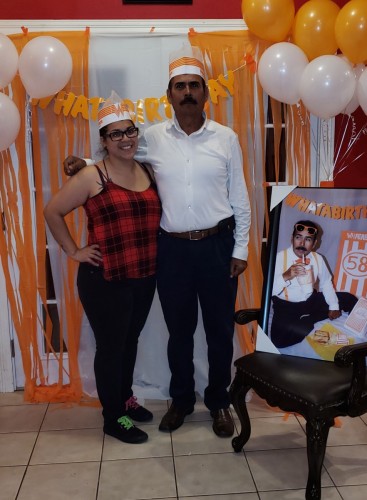 At Whataburger, we like to say we have the best guests in the business.They brighten our day with their greetings. Bring us smiles with their stories. And make the Whataburger Family complete with their kindness.They also write us letters. A lot of …
Read more

Psst. Put down your fries for a second -- we have to break something to you. We know it feels like March 325th... but it's October, and Halloween is upon us. There's no point rushing out to the store for a last-minute costume. …
Read more