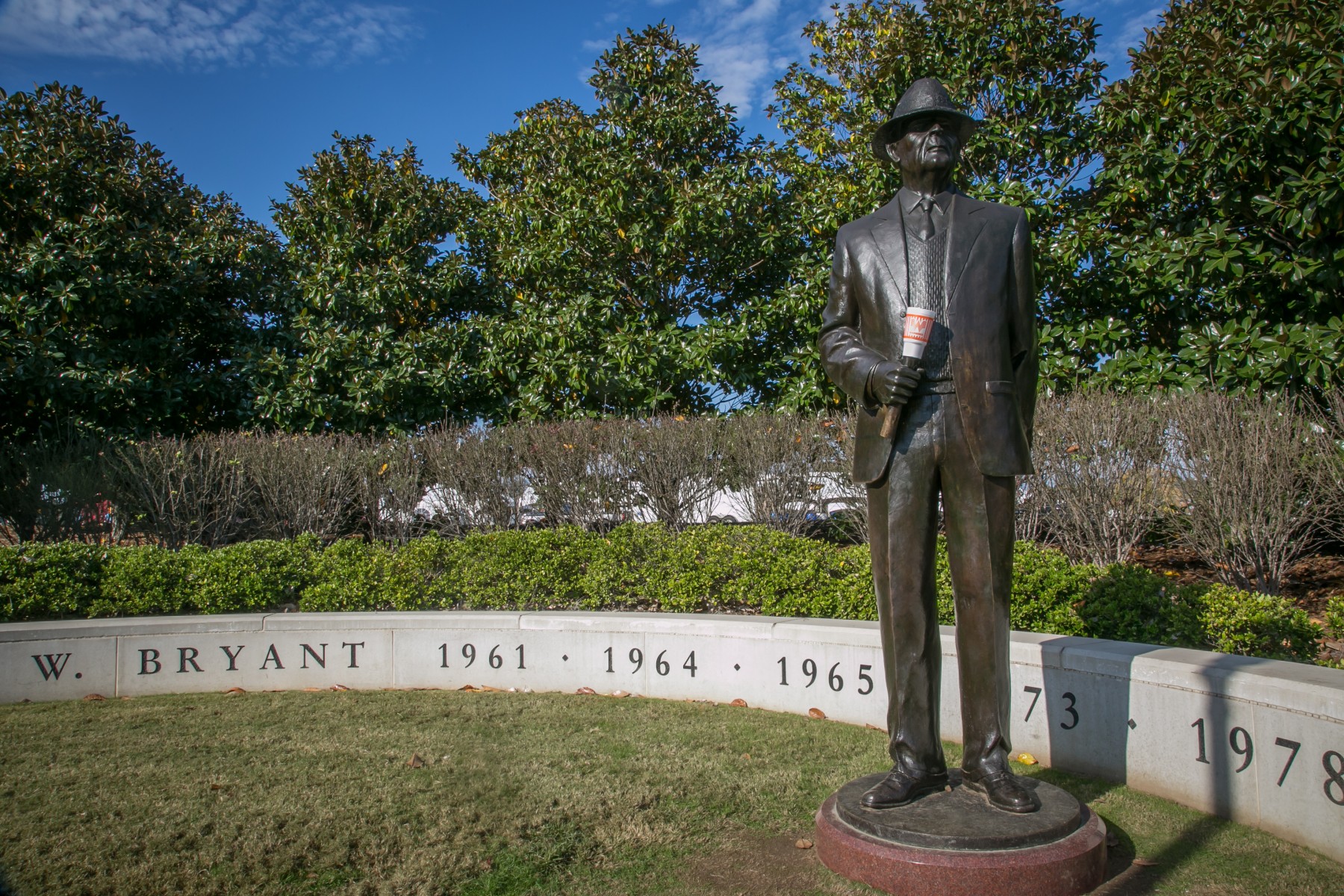 Back in January 2013, Michael Reeves decided to conduct a little experiment.

He wanted Whataburger to open a location in Tuscaloosa, Ala., but wasn’t sure how to get the attention of the company’s decision-makers.

So he started a Facebook page: Whataburger 4 Tuscaloosa AL.

Its mission? “To bring the quality and tradition of Whataburger to Tuscaloosa, Alabama.”

A Whataburger will be opening at 820 Skyland Blvd. on Feb. 28th – and a second location will open at 1301 McFarland Blvd. later in the year.

Since moving to Tuscaloosa in 2006, Reeves has been driving an hour each way to get his Whataburger fix at a

Birmingham location. The Family Members at that store take the time to package the condiments, meat, and bread separately so that it’s still fresh when Reeves assembles and devours it after driving home.

That attention to guest service is just one reason Reeves was missing Whataburger so much.

“I’ve never met anyone who didn’t like Whataburger,” says Reeves, a computer lab instructor for Easter Seals of West Alabama. “I grew up in southeast Alabama and northwest Florida, and we would get Whataburger and head to the beach … oh man, it tasted great.”Those memories drove him to foundthe Whataburger 4 Tuscaloosa group, which quickly swelled to more than 200 members – including a local media personality, who started her own petition.

The Facebook group has taken on a life of its own. For years, members shared rumors about a potential store, as well as memories of their own Whataburger experiences.

And since Whataburger officially broke ground of a restaurant in Tuscaloosa last year, members have been posting photos as the walls go up, speculating about opening dates, and even sharing tips on how to get a job at the soon-to-open restaurant.

Another member of the group, radio personality Kimberly Madison of the Madison & Shepherd morning radio show on 92.1 The Possum, is a relatively new fan … but a passionate one.

Her sister-in-law had been urging her to try Whataburger if she had the chance, so when she and a friend (another hardcore Whataburger fan) were in nearby Pelham, Ala., they stopped in for a Whataburger with cheese.

“I was so excited about trying my first Whataburger that my friend grew nervous that she’d oversold the experience,” Madison remembers.

Like Reeves, Madison was inspired to connect with fellow fans in the area. She created an online petition (complete with video of her eating her very first Whataburger) to bring Whataburger to Tuscaloosa. It drew 1,712 signatures from folks who were ready to order up a Patty Melt or Honey Butter Chicken Biscuit.

“Eating Whataburger never gets old,” she says. “We are beyond excited.”

A Taste of Home

Meanwhile, University of Alabama students who hail from Whataburger states are getting ready for late-night runs for onion rings, apple pies, and (of course) a Whataburger. 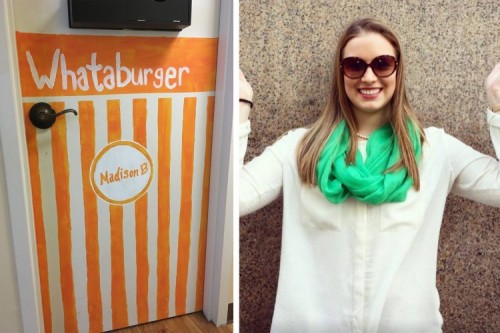 She and her friends painted the door of her room in the Kappa Alpha Theta sorority house with the familiar orange-and-white stripes of her favorite brand.

“My parents grew up in Corpus Christi, and Whataburger has always been a part of my life,” she says.

Now? She’s looking forward to a chance to pick up her favorite order: Whataburger, fries and a chocolate milkshake 24/7.

After she graduates in May, Bush is slated to attend graduate school at UA as well. Which means she plans to be a regular at both locations for years to come. “Oh yes, Whataburger is built into my schedule,” she says. “I’m ready.”

Mar. 29, 2021 – Whataburger’s Buffalo Ranch Chicken Strip Sandwich was a fan favorite when we introduced it in 2015 and again when we brought it back last year. It’s returning for a limited time, and …
Read more

Whataburger’s Fresh Take on a Classic: The New Cobb Salad

Mar. 29, 2021 – By one popular account, the Cobb Salad was created in 1937 by Robert Cobb, who out of a late-night necessity, threw together leftovers in his kitchen to make what would become his …
Read more

Spicy Chicken Sandwich Extends Its Run... With A Twist

Dec. 28, 2020 – Whataburger’s long-requested Spicy Chicken Sandwich was such a hit when we introduced it in September, we’ve decided to keep it around a little longer. And now it’s even better (if …
Read more