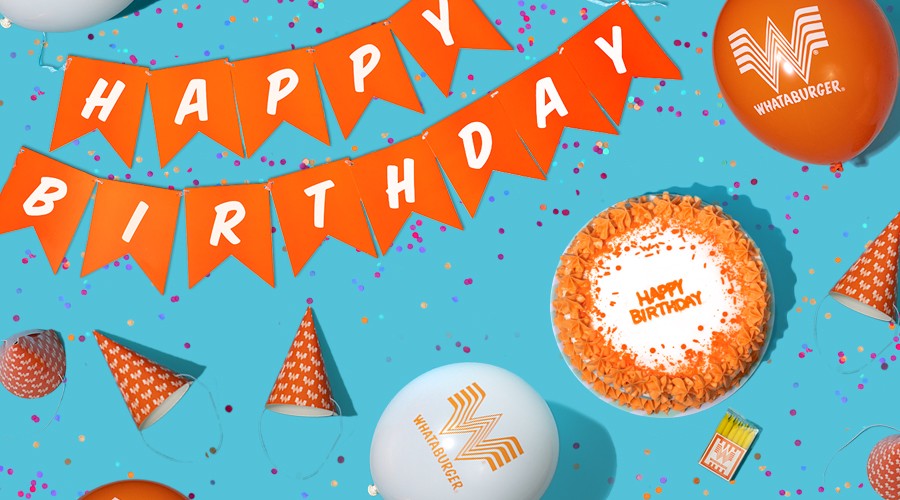 Your birthday comes around only once a year. Make it special with Whataburger!

For Whataburger fans, celebrating “just like you like it” means Whataburger is part of the birthday fun.

As we celebrate our 69th "birthday" August 8, 2019, we're taking a look back at some of our favorite orange-and-white celebrations!

Celebrating her 95th in style

Bobbie Waugh celebrated turning 95 with 14 of her best friends and her Whataburger family at her favorite restaurant.

What’s the secret to having such a long life? “I eat lots of Whataburger,” Waugh says. 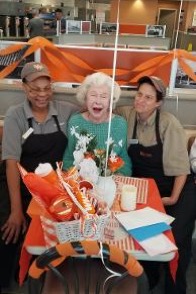 For his 11th birthday, Jacob Lott got lots of what he loves: Whataburger.

Even Whataguy showed up to celebrate the fry-lover’s celebration at his very own Whataburger party, complete with all the orange party accessories anyone could want.

And check out that cake! The confectionary creation was designed to look like our orange-and-white bag, a Patty Melt and, yes, even French fries. Watch a video of his celebration here. 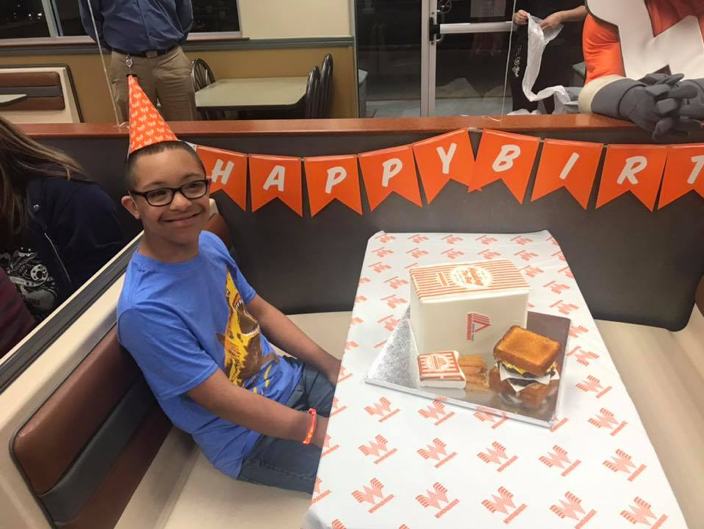 C.J. “Red” Wallace and Wayne Palmer are both World War II veterans who love them some Whataburger. So, their families arranged parties to mark their 100th birthday milestones at their local Whataburger restaurants.

Wallace received the royal treatment, rolling up to his Whataburger in a stretch limo and strolling in on a red carpet.

His usual order is a #1 Whataburger with mayo, minus onions and pickles. The best part? The bun, he says. We don’t disagree, Red.

For Palmer, breakfast is the most important meal of the day. At his hometown restaurant, the Whataburger Family knows his order as the “Palmer Special.” That’s one scrambled egg, one pancake and two pieces of bacon. Other customers ask for it by name too! 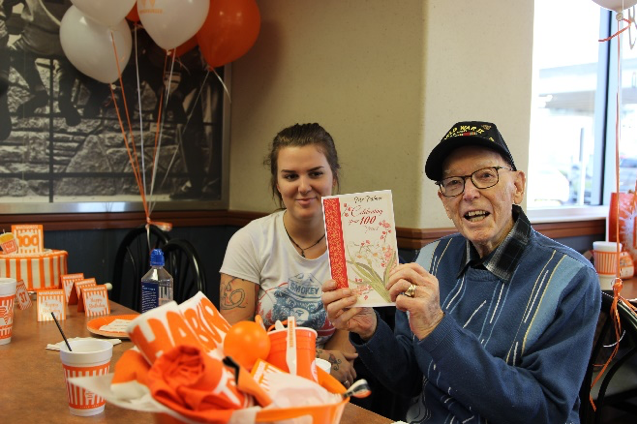 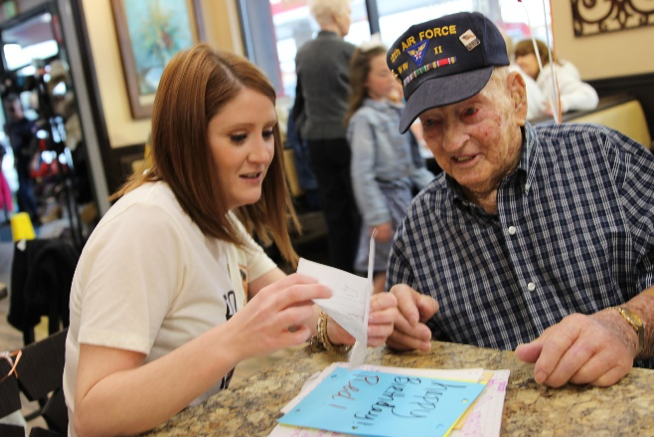 Santiago Paredes works as a construction company foreman, and although his home is in Pharr, Texas, he spends most of his days traveling across the state to visit jobsites.

Being on the road means Paredes has ample opportunity to stop by his favorite restaurant: Whataburger.

His family is well aware of his preferred meal spot, so when his wife wanted to surprise him for his birthday, she knew exactly what to do. She arranged for a custom orange-and-white striped van – dubbed the “WhataChariot” – to pick him up at home and take him for a birthday celebration at (where else?) Whataburger.

A surprise celebration for a longtime fan

For his 90th birthday, Bobie Miller got a big surprise from his family and ROMEO, a group of his closest friends.

They arranged for tables of all of Miller’s favorite foods and oodles of orange desserts.

And what’s the ROMEO group?

It stands for Retired Old Men Eating Out.

Pretty sure that’s a club we all want to join. 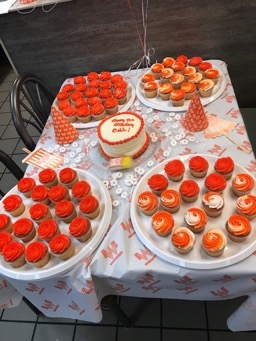 Want to throw a Whataburger-themed birthday party for an ultimate fan? Everything you need is available at Whatastore in a birthday bundle!

Your birthday comes around only once a year. Make it special with Whataburger!
Download Media Assets