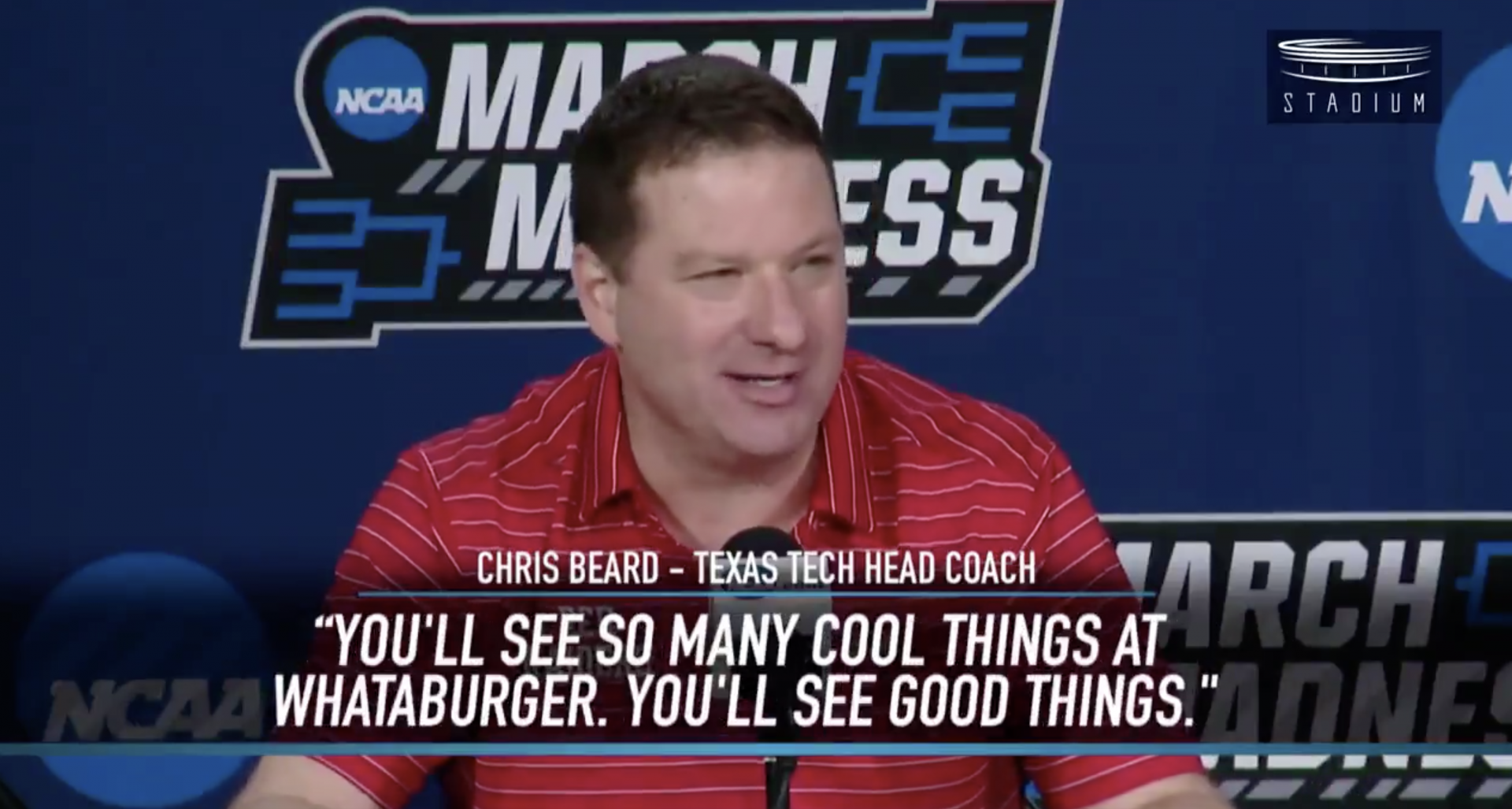 He proposed a trade with a bride-to-be who asked him to officiate her wedding: You fill the student section with 4,500 Red Raiders at the season opener on Nov. 5, and I’ll bring Whataburger for your wedding guests. 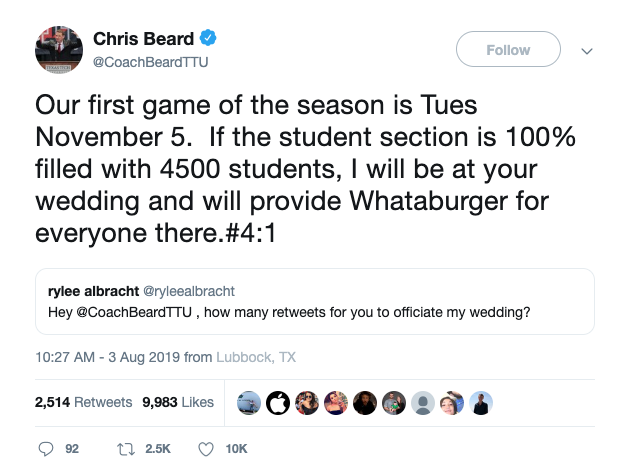 Update: They did it! All 4,500 seats of the Red Raiders student section at the United Supermarkets Arena were filled for the November 5 season opener against Eastern Illinois, where the Raiders won 85-60. Thanks to 1,500 custom Texas Tech Whataburger table tents, 4,500 taquito coupons, and all of you – Rylee and Justin will have Coach Beard at their dream wedding!

Even when he’s not trying to drum up support for his team, Beard is all about loving Whataburger.

He’s shared his taste for shakes and taquitos (extra cheese when no one’s watching), and we know he likes a #1 with mustard, pickles, and cheese only. With an unsweet tea to wash it down. And maybe a milkshake.

He riffed about all the orders in a media interview last year. 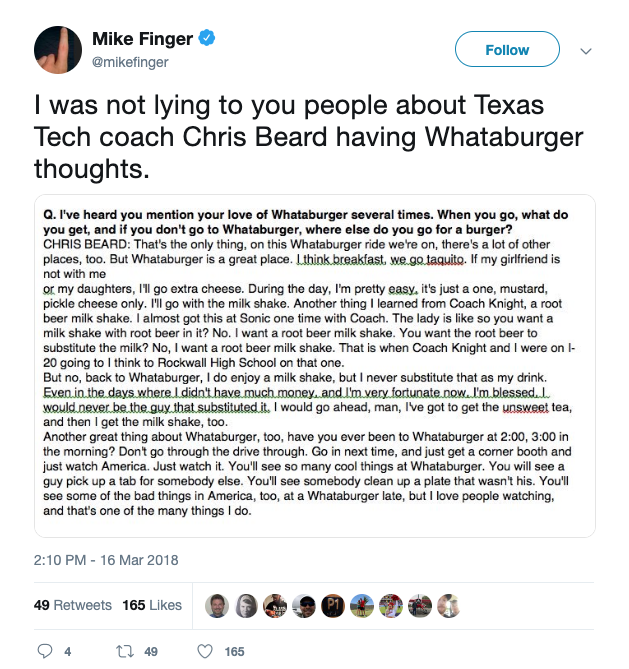 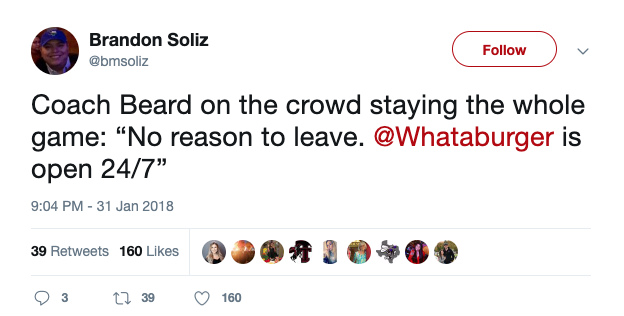 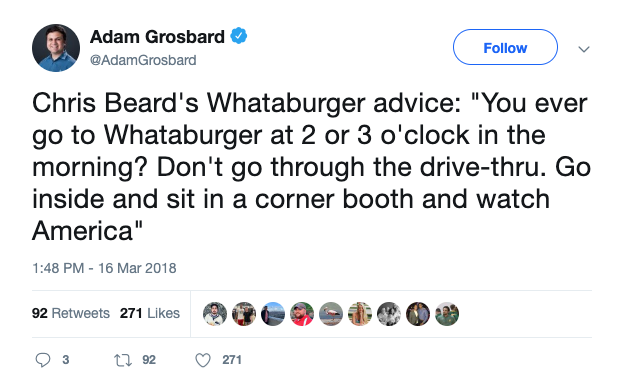 Because we have the best guests – all the time. And Beard has watched it all from his corner booth at 3 a.m. 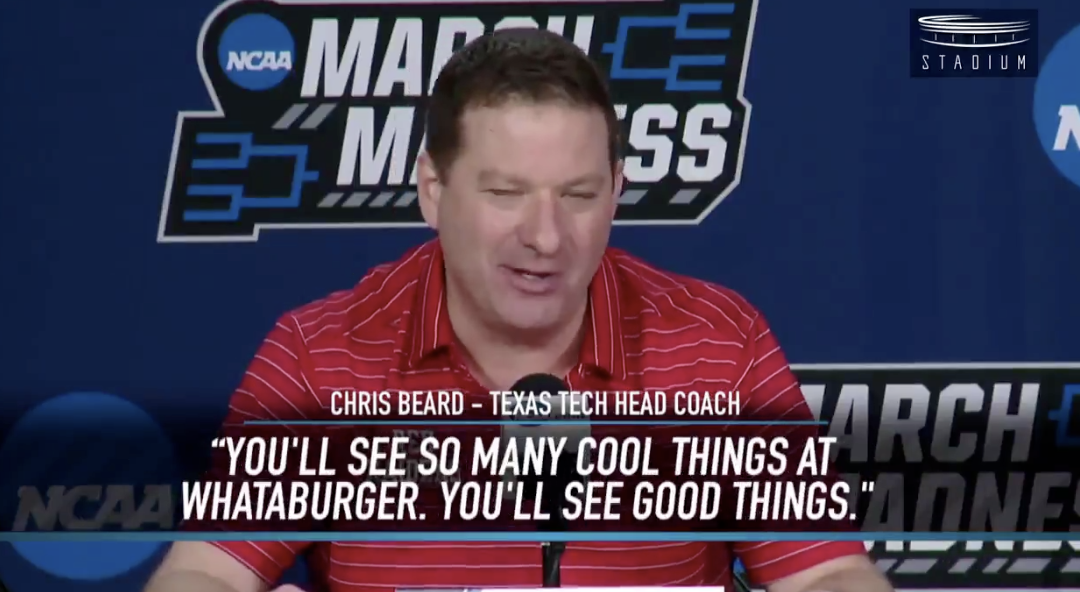 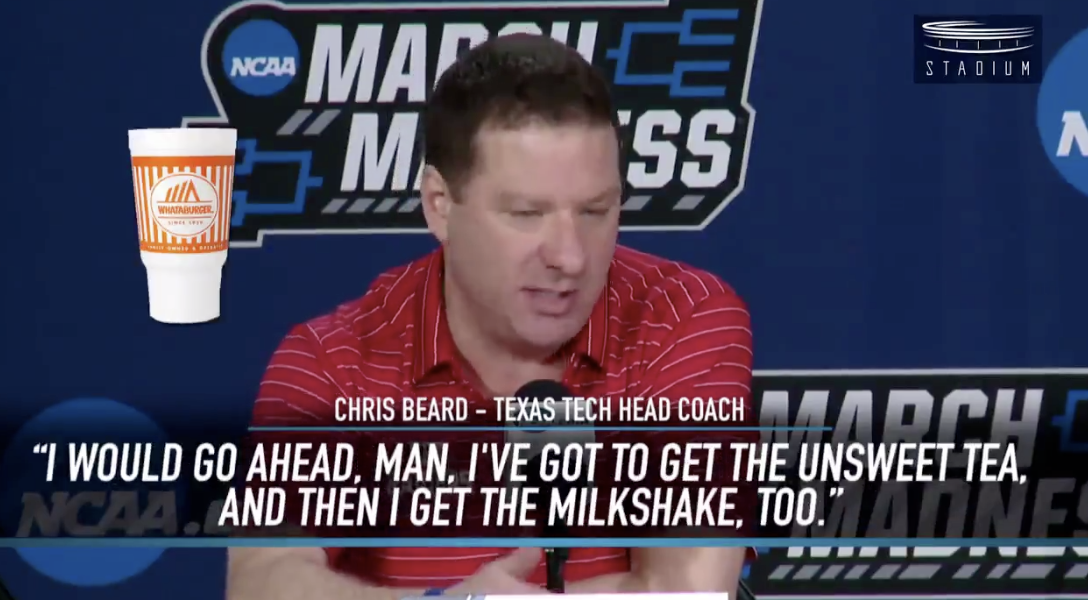