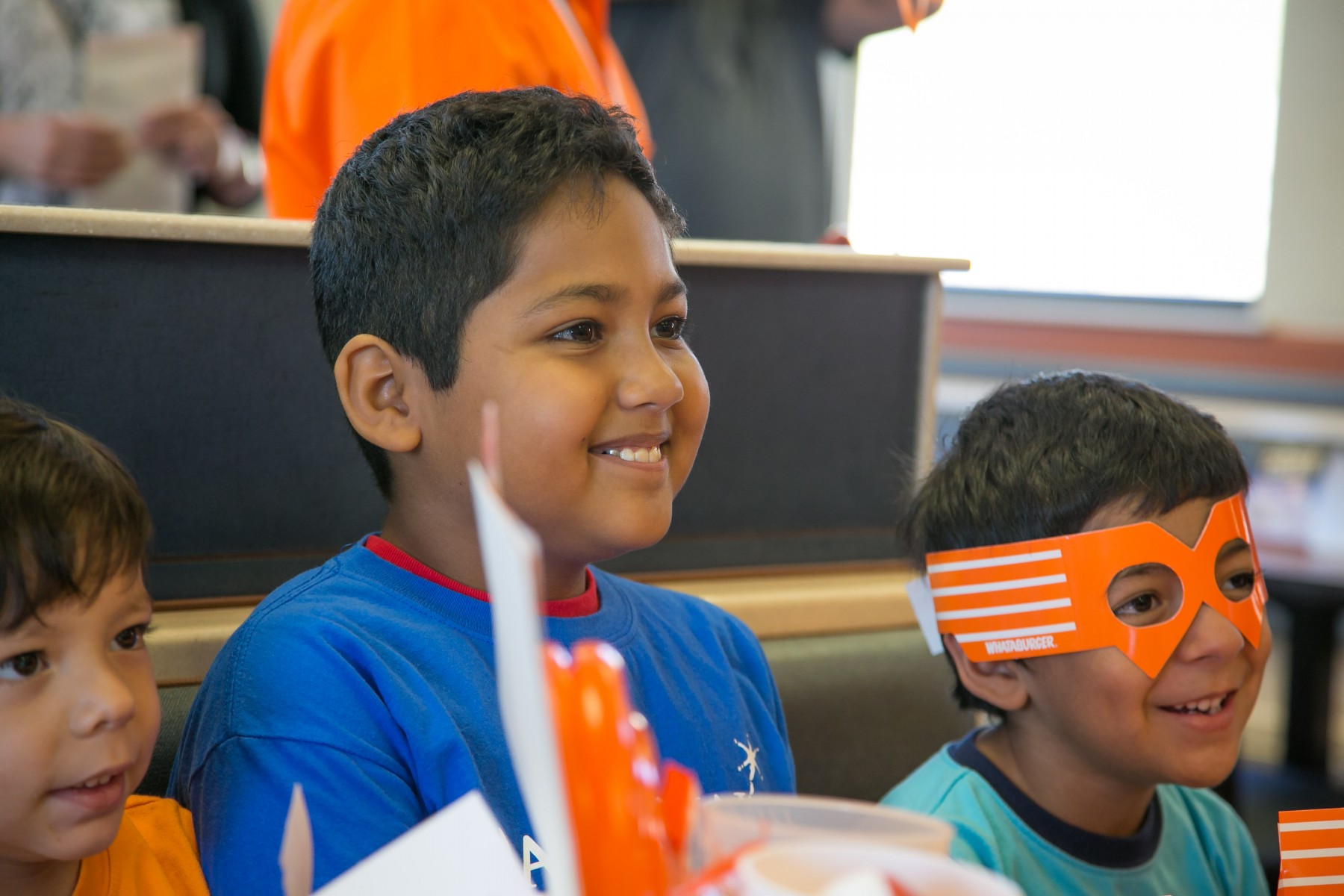 Raul and Hilda Mendez don’t think twice about loading up their grandsons and driving across San Antonio to visit “their” Whataburger.

They drive by other locations on their way to the store on the North side, but that particular restaurant is their 9-year-old great-grandson Roland’s favorite.

The Mendezes, who are raising their great-grandson Roland as well as two younger grandsons, have been regulars at the restaurant for years. And when Roland was diagnosed with leukemia in 2016, the restaurant – and its team – became part of their support system. 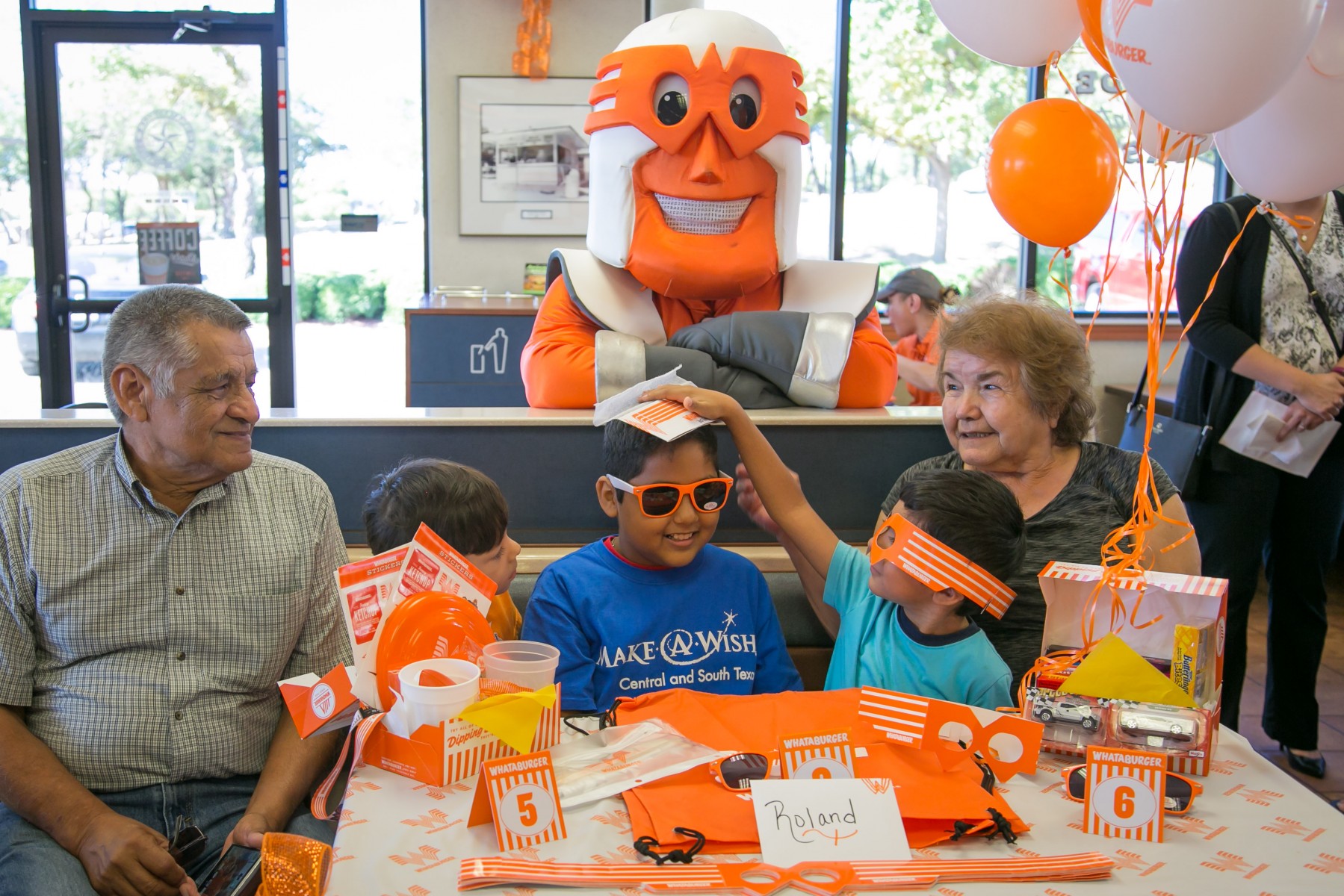 In fact, when Roland was planning a trip to LEGOLAND California through Make-A-Wish® Central and South Texas, he asked if he could eat at Whataburger before flying off on his adventure

And when the trip was postponed on doctor’s orders, his Whataburger family decided to make sure he still got a little dose of orange-and-white. Restaurant General Manager Joshua Hoover delivered food, Lego gift cards and sets, and Whataburger swag to their home when Roland was at home resting up.

“That was awesome of him,” says Raul Mendez.

It was the least they could do, says Team Leader Jessica Baker. “Half our store was in tears when we found out it was canceled the first time,” she says.

When Roland’s health improved last April, he was able to make that trip to LEGOLAND, where he rode a giant roller coaster. And, again, he chose a meal at Whataburger as part of his Make-A-Wish experience.

“He just loves Whataburger, and we just love having him come here,” says Hoover, who’s been with Whataburger for 18 years. 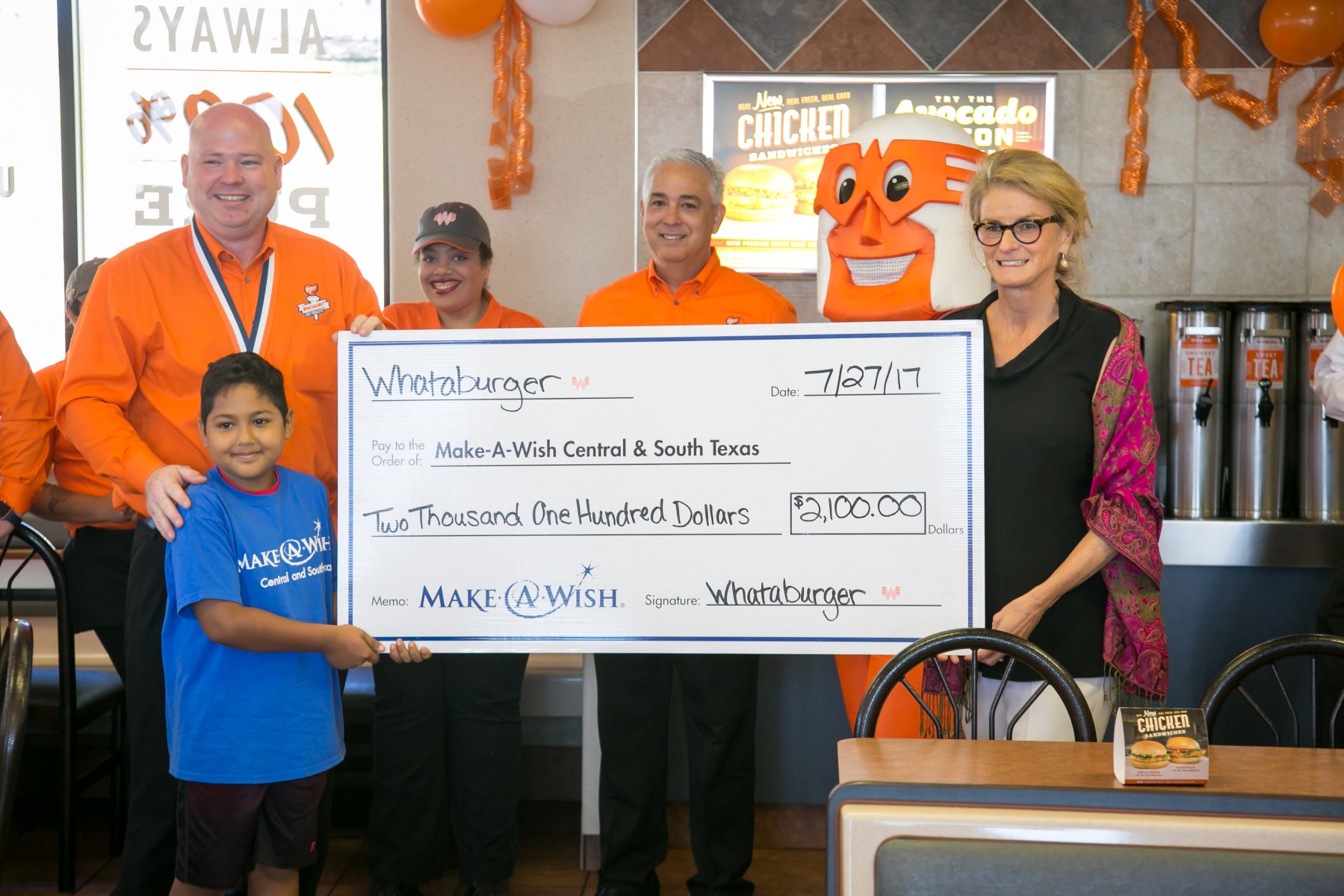 An Inspiration – and a Gift

Roland has built relationships with many of the Family Members, who ask about his health, his family, and his interests. That relationship – and Roland’s faith in them – inspired the Whataburger team to work extra hard in their pursuit of victory in the 2017 WhataGames, an intense Olympic-style competition where Whataburger restaurant teams challenge one another to see who’s the best in the company.

“Roland kept us craving more to win,” Hoover says. “We decided whatever our winnings are—we would all put together a donation.”

After months of training, the restaurant’s team placed third in the event in Dallas. Each of the 13 competing Team Members received $1,000, with everyone else in the restaurant each receiving $100.

And everyone wanted to contribute a portion of their winnings to Make-A-Wish in honor of Roland.

Hugh Dobson, a son of Whataburger’s founder and an owner, was moved by the team’s commitment to their young guest. He matched the team’s donation, bringing the total to $2,100.

Roland, his family, and his Whataburger Family gathered together in July for a meal and an official check donation to Make-A-Wish.

“Thank you, Roland, for being so wonderful that you make people want to help us even more,” said Kathrin Brewer, president & CEO of Make-A-Wish Central & South Texas.

For his part, Roland – who is now in remission – is glad to know other kids can share in some of his wishes. “That makes me feel good,” he says. “(It will mean that other kids) can have wishes like me.”